Of all the awards Archie Roach has won these past 25 years, there’s one memory that still puts a swell in his chest. It goes back to March 1991, as the red carpet spilled its welcome down the stairs of the Darling Harbour Convention Centre for the fifth annual ARIA Awards. “Our town car pulled up,” Roach recalls, eyes closed tight and a smile playing on his lips. “Me and Ruby [Hunter] in there. And people can’t see properly who was in the car. The screaming and cameras are going off.”

So the door opens and out climb two Aboriginal people. He’s a Gunditjmara man born at Framlingham Mission, near Warrnambool. She’s Ngarrindjeri, from up on the Murray. Not that anyone is asking.

“We got out and stood on the red carpet and everything went quiet. Ah, OK,” he nods once, knowingly. “It was a bit of a long walk. We had our heads down. Ruby’s saying out of the corner of her mouth, ‘Hurry up, don’t look at anybody’.”

He gives a hoarse, gleeful laugh and rubs his bald head.

“At the end of the night, Charcoal Lane got the Best Indigenous Album and the Best New Talent,” he says. “And bang, you know? People coming up with microphones and cameras and they all wanted to know who I was. It felt good. I felt proud. There you go. That’s who I am.”

It’s slightly staggering to retrace the lay of the land back then. It’s not like there were no Aboriginal artists on the ARIA radar. The previous two years’ nominations had included Kev Carmody, Yothu Yindi, Scrap Metal, Coloured Stone and Gondwanaland. But the Best Indigenous honours had twice gone to colonial folk-rockers Weddings Parties Anything.

Aided by the profile and unobtrusive expertise of producers Paul Kelly and guitarist Steve Connolly, Charcoal Lane was simply too strong an album to be denied. Its devastating lead single, “Took the Children Away”, addressed a stain on our history then barely known or acknowledged by the mainstream.

“I’d been writing mainly just country-type songs, you know, about drinking and relationships,” Roach recalls of his previous 15 years as a singer round campfires and community shelters. It was his Uncle Banjo, a familial lifeline from his childhood, who gave him the fateful nudge. “Why don’t you write a song about your life, when you were taken away from your family?”

Roach initially demurred. He had been, after all, only three at the time. “I don’t remember anything about that really, it’s very vague.”

Uncle Banjo looked at him. “Yeah, well I do.”

So the piercing details of that unimaginable day came to be sung. The mother’s desperate tears. The father flying up from the creek in a rage. “You touch my kids and you fight me.” All wrapped in the impossibly forgiving cloak of the greatest unheard voice of a generation. Most remarkable, then and still, is that what wells in its simple chords is only sadness, not anger.

“No,” he says. “No. I think writing the songs and singing them had a lot to do with that. When I put down the songs… I just felt that way. I wanted to write a good song that hopefully a lot of people could listen to. Not try to scare them away.

“I remember when I was drinking I used to get pretty angry and I’d do some things that I’m not very proud of, take it out on people, or society. I wanted to take a different direction.”

The drink blurred a turbulent decade after Roach fled the last of his foster families – “the Coxes, who I loved dearly,” he stresses – at the age of 14. A letter from his lost sister revealing the passing of the mother he had barely known arrived at his high school one day, and “that sort of threw me”, he says.

“About a week or so later, somebody turned up at the door and he announced himself as my social worker. I didn’t know what was going on. So all through this, I just left. I just took off.”

He found his soul mate and salvation, Ruby Hunter, and eventually the bond of dispossessed community they wrote about in “Down City Streets” and “Charcoal Lane” – the alley off Gertrude Street in Fitzroy, which is now a non-profit native tucker restaurant that trains Indigenous hospitality staff.

“We used to go to [Fitzroy community station] 3CR in Smith Street. A friend of mine did the programming and we’d set up and pre-record, tape these songs. People heard them, and people started to come to me with their own stories.”

One of them turned into “Munjana”, another homegrown human tragedy given voice at last. Its subject, Nellie Moore, was a mother like Roach’s own, lamenting a stolen son who was not as fortunate as he. Convicted of murder as a teenager in Florida, Russell Moore remains in prison there to this day.

“Archie dropped in to the studio to tell us the story of ‘Munjana’,” Sultan says. “He wanted to make sure Emma and I… were across the story; what the song meant and what it stood for. That was really cool to have him in there and speak for the song. It took a lot of energy to sing a song like that but it’s an important story that people should know about.”

Sitting at his kitchen table in suburban Melbourne, “not gettin’ around quite so spry” after his stroke and lung cancer operations of recent years, Roach shakes his head with palpable gratitude for the new interpretations of what remains, by any measure, a landmark set of songs.

“Briggs has done ‘The Children Came Back’. Brilliant. He’s just rapping up all the heroes, you know? All the Aboriginal heroes… Urthboy and Radical Son and Trials have done this totally amazing version of ‘No No No’. It’s rapping and some singing in language. It’s just amazing.” 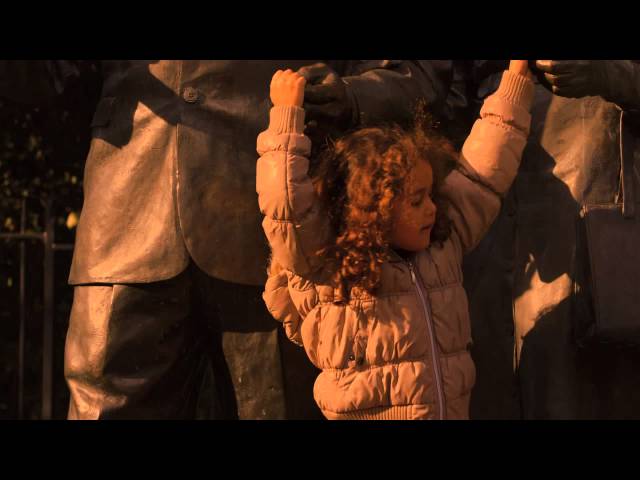 Looking back though the years, he doesn’t shy from the bitter disappointment of the Howard era, during which so much momentum for reconciliation stalled after the promise of ‘Building Bridges’ and “Treaty”. But watching the confident rise of artists like Sultan and Ellie Lovegrove and Nancy Bates, he knows he made that long walk for a good reason.

“The great thing about Dan, and others as well, is they don’t need an agenda. They just write songs. Love songs. Whatever they feel. And that’s good. They’re able to do that because people like myself and people before me have already told these stories. We’ve done that. And that’s a good feeling.”