Beyoncé’s sixth LP made a seismic cultural impact, but she hasn’t cornered the market on soulful, sweeping, politically minded pop in 2016. Just two weeks after the release of Lemonade came Hopelessness, the superb solo debut from Anohni. It too is an album about loss, betrayal and destruction, a towering work fuelled by unbridled rage and staggering vocals. However, on Hopelessness the stakes are much higher. In Anohni’s disturbing tales of drone warfare, dying animals and government surveillance, the darkest possible outcome is not the disintegration of a marriage, or even the deterioration of a nation plagued by bigotry. It is the collapse of entire ecosystems.

During the past decade, Anohni has become increasingly fixated on our relationship with the environment. In 2005, the England-born, California-raised trans singer-songwriter – then performing as Antony Hegarty – released I Am a Bird Now, her Mercury Prize-winning album with her group Antony and the Johnsons. The LP’s final track, “Bird Gerhl,” was an elegant metaphor in which its narrator compares transitioning to finding her wings and finally taking flight. This past January, the artist was nominated for a Best Original Song Oscar for “Manta Ray,” a piano-led lament she contributed to the documentary Racing Extinction.

“In the past I’ve worked a lot with sadness and shied away from anger,” Anohni said when we spoke for Out in March. “But I’m still alive, and there’s still work to be done, and I just wanted to do it as vigorously as I could.” So for Hopelessness she enlisted Scottish DJ-producer Hudson Mohawke (who’s supplied beats for Kanye West and Drake) and electronic experimentalist Oneohtrix Point Never to construct a massive, melodic framework that lends her poignant protest pop a necessary urgency. She spoke about tackling global issues, boycotting the Oscars and what it means to be trans in 2016.

Hopelessness marks a shift in style for you. Why the choice to represent the album’s weighty subject matter through electronic music?
I’ve created a body of work that is mostly symphonic. It has a pastoral tone to it. Continuing to choose that old aesthetic felt kind of… passive.

What made you decide to work with Hudson Mohawke?
Hudson sent me a bunch of his tracks, which are really anthemic and celebratory, but it seemed like the perfect way to express some of these very challenging ideas. Honestly, it scared me to articulate some of this stuff. It felt counterintuitive, much less safe, like I was using my voice in a very different way. People that know my music tend to rely on my voice as a source of comfort. This album was me not only making a series of indictments of our world, but also dealing with my own complicity as a participant in this prevailing consumer culture we’re all enmeshed in.

We talked six years ago about how it was difficult for you to tour the world knowing what air travel is doing to the environment. The song “4 Degrees” addresses that internal struggle.
That song is coming from a bunch of different angles at once. There’s this jubilant music, then these really cryptic, intense lyrics. It’s disarming. It’s about the conflict between my aspirations and my behaviour. A big theme for me has been “What’s really happening?” In order for me to even begin to have a conversation about whether we can change our trajectory as a species to avert an apocalyptic future, I have to start being honest with myself. With this album there’s a lot of looking outward, but I’m trying to look inward just as intensely.

Listeners may assume that “Obama” is simply an attack on the president, but is it also about you grappling with how you’ve been complicit in his foreign policy?
Oh, make no mistake, I’m very critical of aspects of his foreign policy, which I find repulsive and inhumane – inhuman, almost. The drone bombing campaign of the last eight years has been, to me, an atrocity. For him to campaign on this platform of transparency, with the promise of closing Guantanamo and wanting to restore America’s moral standing in the West – it’s a deception. Everyone that George Bush saw fit to imprison and torture Obama has executed from the sky. Anyone put in Guantanamo Bay in the last few years has been put to death, as has anyone near them – including children, wives. All you have to do is kill a child’s family unjustly, and you can guarantee hundreds of years of repercussions. Look at the American history of slavery. Can you say that hundreds of year later that has been eased? That pain has not yet been eased.

“Everyone that George Bush saw fit to imprison and torture Obama has executed from the sky.”

Yes, I’m ashamed of my participation as a taxpayer in American drone bombing. But having said that, the last line of the song is “Like children we believed.” Obama was given a Nobel Peace Prize within a month or so of taking office. The world cried and lay at his feet. I mean, in retrospect, it was very naive to think he was going to…

Save us all?
Yeah, that he was going to be a saviour figure, when he ended up being a compromiser – the opposite of a revolutionary, which is what a lot of people were hoping they’d elected. He ended up trying to work within the system to do what he could. That would all be fine and well if we had time left. But we don’t have any time left. It’s like the climate conference in Paris. An agreement not to raise the temperature by two degrees is a triumph, when the two degrees Celsius rise in global temperature guarantees a kind of apocalypse, at least for the rest of nature. Maybe we can find some way to continue to exist in a world that’s two degrees hotter, but much of nature and biodiversity won’t be able to.

It’s depressing.
It’s depressing, but at the same time we’re facing an unprecedented challenge now, which is to evolve and try to create some kind of global consensus to radically shift our trajectory. We can either try to do that or resolve not to. We’ve been playing in the sandbox of creation for millions of years. We ruin one environment, we move on to the next – manifest destiny. Now it’s hitting us collectively: Our mother’s life is in our hands. That’s a bitter pill for a child to swallow – that he or she is responsible for a mother’s life. A child doesn’t want that responsibility. A child just hisses and spits and pounds on its mother’s breasts and wants more milk, wants more sugar, wants more. 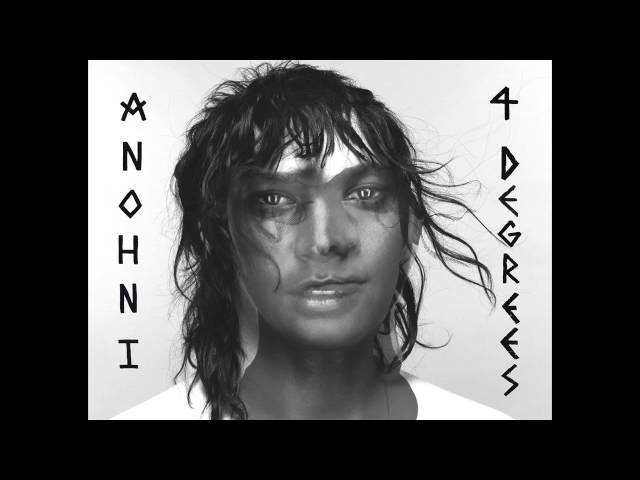 What are your thoughts on the increase in trans visibility in the past two years?
I’m thrilled. There seems to be more willingness to allow trans people to sit at the table and have a conversation. But identity politics in America is a bit like a game of musical chairs or whack-a-mole. We’re waving the trans flag this year, but simultaneously we’re rolling back reproductive rights and the lives for low-income black people have been the worst they’ve been in 30 years. I watched that happen in the gay community in the late Nineties. It was suddenly like, “All is well! Now we have our piece of the American Dream.” The American idea of identity politics can create these myopic, self-serving communities that are only advocating for themselves.

You were nominated for an Oscar this year, but because you weren’t invited to perform at the awards, you decided at the last minute not to attend. What went through your mind then?
A lot of the media misrepresented the reason why I didn’t end up going. It was actually this idea that they were rolling out more performers and they hadn’t told me if I was going to be one of them when they knew all along. It was released to the media that I had been cut from the proceedings. It was starting to feel degrading. It was just this dawning realisation that being treated with respect in America is a luxury. It’s monetised, based on what is considered financially significant. To the Academy my well-being wasn’t financially significant enough. You need money to have advocacy in America. People that don’t have money don’t have advocacy.