On a recent Saturday night at New York City’s Webster Hall, Angel Olsen takes the stage. The 29-year-old singer-guitarist emerges in a green shift dress, her backing band in matching slate-gray suits and bolo ties, as if they’d time-warped back to the Ed Sullivan Theater 50 years ago. “Man, you are one sexy audience,” she tells the packed crowd. “Use protection tonight.” She also teases her openers, Alex Cameron and Roy Molloy, for bringing her flowers. (“I’ll kick your ass,” she says dryly.) Besides her gutter-mouthed, rock & roll–Lesley Gore routine, her set is full of sharp contrasts – from winding psych-rock furore to country balladry to the synthy lilt of recent single “Intern.” Olsen holds the audience on edge as she delicately presses the organ keys and sings, “Doesn’t matter who you are or what you’ve done/Still gotta wake up and be someone.”

This year sees the long-buzzed-about Olsen more poised for real-deal stardom than ever before. Her recently released third album, My Woman, is a striking collection that recalls everything from the blazing melodrama of Nineties PJ Harvey to the most sparkling moments of Fleetwood Mac’s Mirage. Her last visit to New York included an appearance on The Late Show With Stephen Colbert, and Olsen has received coveted Twitter endorsements from Bethany Cosentino of Best Coast and Lorde. My Woman has even reached Number 47 on the Billboard 200 album chart. “My parents had to see me on TV to take this whole thing seriously,” she says.

That means something for an artist who has been making music fervently since she was a kid, raised in St. Louis by adoptive parents. In high school, she fronted a local rock band called Goodfight. “I was a skater girl,” she says, “being all Gwen Stefani, running around in JNCO pants and Skechers.” Yet at 16, she developed a curiosity about the music her parents enjoyed; she began recording acoustic ballads privately on a tape deck, doing her best to imitate the lovesick stylings of Patsy Cline, the Everly Brothers and Roy Orbison.

Under the pretence of studying massage therapy, Olsen relocated to Chicago, where she was galvanised by the local indie scene. She toured with and sang backup on several recordings by Will Oldham, whose DIY take on traditional folk music help to inform her own style. Olsen released her solo debut, Half Way Home, in 2012, followed by her smouldering 2014 opus, Burn Your Fire for No Witness. “Now I write and produce my own songs,” she says. “I direct all my own videos. I’m in control of what the band does and how we’re presented.” She adds with a smirk, “I’ve become the boss lady.”

A couple days after the Webster Hall show, Olsen is sitting in a Ukrainian diner on the Lower East Side, charging through her third cup of coffee. She’s tightly wound and energetic, raring to start a solid week of sold-out shows with Brazilian singer-songwriter Rodrigo Amarante. Earlier this year, when she appeared rollerskating in a silver tinsel wig in the video for My Woman single “Shut Up Kiss Me,” some fans fretted online that their low-fi hero was showing early signs of selling out. “I just didn’t have time to hire someone to do my hair all fancy,” she jokes in reference to the offending hairpiece. She ditched it to wander the rocky terrain of Joshua Tree in her third video, for the no-nonsense nine-minute epic “Sister.” 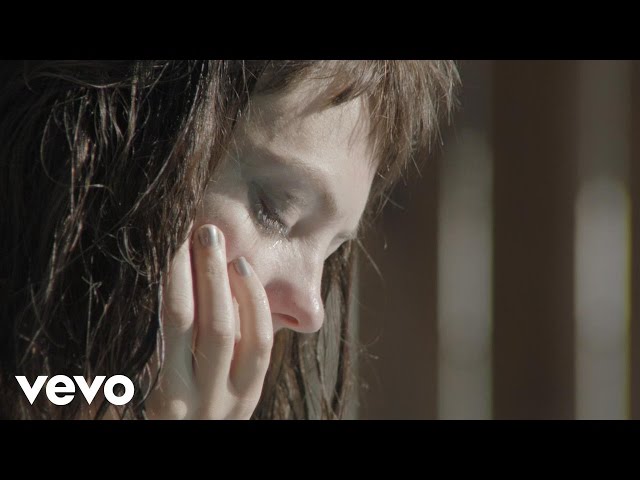 “A lot of songs I write,” she says, “I don’t know where they come from. It just happens and I’m like, ‘What the fuck was that?’ That’s what happened with ‘Sister.’ It’s just about looking around and valuing your friendships. Seeing people for who they are, breaking down how you see them too. I wrote it when I was touring in Byron Bay … really hungover … feeling like a shell of a person. I love Australia – it’s like California times 10. They have these tropical birds wake you up at 6 a.m. Me and Emily, who plays bass with me, we woke up that next day and she said … ‘We can’t die here. We’re really far away from home – it’s beautiful, but we can’t die here.'”

My Woman was recorded live to tape in L.A.’s Vox Studios and co-produced by Justin Raisen, whose resume includes hits by left-of-center pop artists Sky Ferreira and Charli XCX. Olsen met him a couple years ago at Coachella and they immediately hit it off. “We [didn’t] have anything in common, aesthetically,” she laughs. “But that’s what why I wanted to work with him – to get a different perspective. He has so much positive energy. He came into the studio every day in a different color track suit and he’d say, ‘Oh, my God, Scorsese’s gonna love this song. He’s gonna want it in his film. You’ll be getting that Scorsese money!'”

My Woman is all about self-possession – Olsen’s declaration of ownership over her work, her image, her experience. But the album’s title has become an occasional stumbling block for the singer-songwriter, who’s often met with criticism from misogynist reporters, or even from fans eager for a political icon to venerate. “A reporter actually asked me,” she says, “‘Are you afraid that you’re gonna lose your male audience?’ I was like, ‘Are you afraid that you are a bad journalist?’ Am I afraid? No. I would be relieved to lose that audience, if that’s the way that they view my work.”

“And I hate, hate, hate that [‘woman’] is such a dirty word,” she sighs. “Is the record feminist? I think there are feminist points in all of my work. But [My Woman] is not entirely a feminist work because I’m a woman and I exist,” she continues. “I mean, if that’s the case, I’m eating a feminist salad right now. I just went on a feminist walk with my dog. I just took a feminist shit. … The word is trendy, the word means a lot to me and I’m not not a feminist. But I feel like we should just all take a chill pill and be human. And I just want to walk from A to B without being hollered at in the meantime.

“This record isn’t a concept piece,” she adds later. “My Woman is more like … an attitude. To me it’s just that, I wanna take on my own project, be more in charge of what I’m doing. Taking care of business myself, even if I fuck it up.”

Olsen looks forward to returning to her current home base in Asheville, North Carolina, which she praises for its quietude as well as its cultural quirks: “It’s the Berkeley of the South,” she says, “where the grandmas got purple hair and everyone’s into being a healer.” It’s a far cry from her dizzying life as a touring musician, with an itinerary that spans multiple continents and has her booked up well into 2017. “A lot of my friends in Asheville aren’t in the music industry. … [Music] is a weird alien thing that’s part of my life,” she laughs. “I’m putting on mascara every day of my life while I’m on a roller coaster. Like, ‘I’m interesting, I’m interesting.’ I can’t wait to get back and just … go for a hike and chill the fuck out.”