On Evanescence‘s previous tours of Australia, they’d always make a point of catching the ferry across Sydney Harbour to Manly. “You get cooped up travelling on tour and all I ever really want to do is to get on a boat, and just stand there and feel the wind. The ultimate goal on tour is a boat day,” laughs frontwoman and driving creative force Amy Lee, speaking from Chicago on a recent tour stop. On those journeys across the Harbour, Lee would stare over at the Opera House and think to herself, “Some day we’re gonna play there.” That day will come on February 13th when Evanescence play the first of two shows with the Sydney Symphony Orchestra as part of their ‘Synthesis Live’ tour, which also takes in shows in Brisbane and Melbourne.

The tour takes its name from the band’s latest album, Synthesis, which features orchestral and programming-laced reworkings of the group’s back catalogue, with the addition of two new songs. Lee — who co-founded Evanescence in Little Rock, Arkansas, in 1995, and is the sole remaining original member — started working on the project with composer David Campbell a year ago, and spent the last few months of 2017 bringing the album to life across America, working with a different orchestra in each town. “It’s terrifying and awesome at the same time,” she laughs.

What are the logistics of playing with a different orchestra every night?
Every show day is a different group of people, as far as the orchestra is concerned. We carry our own conductor and she spends an hour and a half with them, basically just enough time to go through the whole set, and we join for the last 30 minutes and go through any trouble spots. Usually like three or four songs and that’s it! So during the show, everything that happens pretty much with the exception of three songs, is happening with that group of people for the very first time in front of the audience.

Is that not terrifying?
Ten years ago if you’d told me that was the plan I would be like, “Nuh uh! Nope!”

So what is it about you now that makes you more comfortable with that?
I can’t figure it out. I’m in a really cool place. And you know what, the more I just be confident, be bold, and try… we got it. I have an incredible group of musicians around me, I love my band. They’re all really skilled musicians who can adapt to any situation, which is why this is possible. And on top of that, when you get all these incredible trained classical musicians as well, they know what they’re doing. A lot of them come not having ever really looked at the music until that day, which is also scary to me. They work differently, their minds work on a very high level.

What does it feel like onstage when the orchestra is in full swing?
It’s a different kind of power. I’m used to a huge amount of sound behind me. It’s something as a singer I’ve learnt to pierce through. But in this situation it’s very different because the band isn’t full on, we’ve stripped back the distorted guitars… they’re totally blended in, we’re kind of creating our own symphony. So, the power is much more emotional. And when it comes to the sound, the power actually is different. I’m much more exposed and able to focus more on the performance, like the piano and the vocals, the way that I do in the studio, where I can hear every note and fine tune it.

What was the reality of putting the Synthesis album together versus what you thought it would be like?
That’s an interesting question. It ended up being a lot more involved than I initially thought. There are a lot of things that I hear in our music that I love, that are very close to my heart, that end up sort of in the background when we’re done producing a big rock album. And some of those elements are very much the roots of what we are. Like the programming, that’s usually where we start. We didn’t start out as a band; the way that it all began was sitting around in front of whatever gear we could afford with crappy drum loops, creating a beat, coming up with a groove, and then the idea and then you add in the band afterwards. It’s interesting because so many things get piled on in the end, you don’t hear some of those roots. So, this is redemptive for me in some ways, to hear some of those things. This is a little bit more like I hear our music honestly. I think that people perceive our band as a heavy rock band, and they hear that first and the other thing second, and actually for me, it’s a little bit the other way round. So it’s really cool to take it to the beautiful, classical, dramatic, cinematic, place.

I set myself up for this crazy challenge where it’s like, OK, we’re recording everything all from scratch, we’re keeping the soul of what’s there but doing everything bigger and better than before. So it turned into a very, very detail-oriented project. I guess that’s where my answer lies to your question. We’re all very detail-obsessed people, so down to every sound and every filter and pedal and everything that was put on, we just took a heap of time to make them our favourite thing. It’s taken a lot longer and a lot more work than I thought. 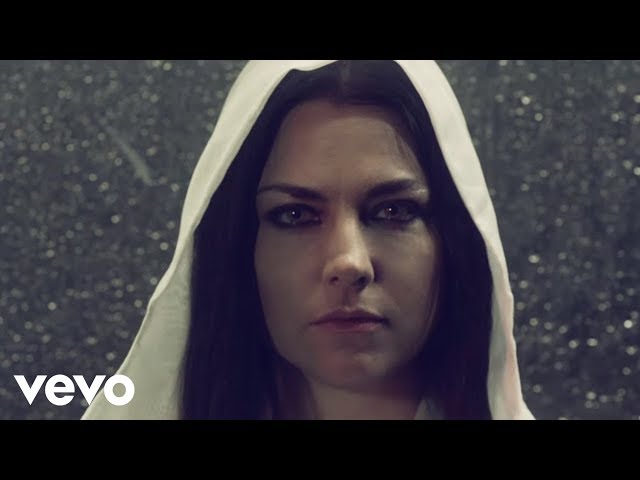 Was it liberating to give new life to old songs?
Absolutely. I’m very grateful for everything that happened to us, and to be able to be where we are at this point, but in the beginning a lot of people told us what to do. I didn’t have control of everything. We got signed when I was 19, the cover shoot for [2003 debut album] Fallen was my 21st birthday, and I had no experience. It was because people were paying for everything up front that [they] have some say in what goes on. So, I love Fallen. I really do. I believe in it, I fought my fights. I won most of them. But a song like [breakthrough single] “Bring Me To Life”, there was so much pressure on it to be the first single and it had to be so many things in order for the suits to think it would be good enough for us to make it. And there are choices that I wouldn’t have made. I definitely fought that rap [section] really hard, that’s not what I wanted, that was something that was not us. Absolutely not us. I won part of the fight, but in the end, for that one song, you know we had to do it. I wrote the part, I loved the guy that did the part, we were friends, it all worked out, but I was crying in the studio when we were doing it because it felt like our first moment out was showing people a picture of us that was slightly distorted. My fears were totally quelled in the end, because we survived past the first song. But at the time it was so important, and it just wasn’t the original idea. So anyway, that song in particular was a very beautiful redemptive moment for me to do it this way on this album. Not because this is the way I wanted it [originally], it’s not the perfect definition of Evanescence, it’s our orchestral or electronic side, but [because we’re] able to do it in the way that accentuates all the things that are my favourite things, and people are getting to see an absolutely honest other side of our music that I feel got very buried on the first album, and especially the first song. It’s a really good feeling for me, it makes me very happy. It heals something in my soul that’s broken every time I hear it on the radio.

You mentioned the fights you had in the early years of the band, and there have been lineup changes over the years. At what point do you feel like you took control of your destiny with the group?
I’ve been chipping away at that the whole time. It just never happened all at once. I’m finally in a place where I feel honestly and truly that I’m there, but all along the way there were a lot of obstacles or a lot of things to fight against; a lot of people, whether it was people in charge or just people around me. Some of it was in my own head, not having the confidence to stand up for myself. I’m not saying that I didn’t — I did. I fought. From day one I was scratching and fighting and like I said, I won most of the fights, even on the first album. But it was always such a fight — always such a fight.

People always ask why there’s so much time in between albums — to be honest, doing this has taken so much out of me, and the biggest drain is dealing with the business and people fighting against what the art’s supposed to be. [It gets to the point] where I’m like, forget it, I don’t want to do it ever again. And then I just need it, I need to do it, I just have to get things out so bad that I eventually rile myself up into thinking, OK, it’s worth the fight again. I’m always going to have to fight for my rights to some degree, that’s just what it is, and it’s worth it to me, but I’m finally at a point where I don’t have anybody that’s working with me that is directly wanting something else. I feel like everybody here gets what it is and believes what it is and wants to make something great together. I appreciate it more than I ever could have if I’d had it that way all along. I know I’m being kind of vague, but I don’t like talking shit. Honestly, we’re in a really good place inside and out.

Having done this album where you’ve brought these other musical elements to the fore, do you think this will affect the next record and how you approach songs from this point on?
Man, I don’t know. I’m trying to imagine how to answer that. I’m not sure, I’m really not. I have to keep an open mind when I’m writing. It’s possible that we might try something that’s never been done before. The headspace I was in when I first started the band was, “Wow, what about this new idea where we combine rock music, like heavy rock, with like a movie soundtrack?” I’ve been really excited about this project, even though it’s half-past, half-future, and I am in a place where we have a new freedom and a new confidence and I am really excited about my band again. So I can only really say that anything is possible. I am a lover of contrast. So I’m not totally sure that my heart won’t bend and twist and insist that we make some totally raw, crazy, very rock thing next. I’m not sure. It might be more in this direction, it might be polar opposite ’cause I get sick of it by the time I finish touring it. I really don’t know. We just have to see where we get to writing together.