When Joel Birch regained consciousness in the ambulance, the first question he asked was, “What happened?” He could tell the trauma had been significant enough to make him piss his pants, but that was the extent of his understanding. The paramedic filled in the gaps. “I was told you stopped breathing, you turned blue, your heartbeat was very faint,” he recalls today from his house on the Gold Coast, where the 32-year-old lives with his girlfriend and their two children.
In the months leading up to the incident, as the Amity Affliction schlepped their way around America as part of 2013’s gruelling Warped Tour, the co-frontman had been drinking and partying heavily. When the tour reached Pittsburgh he hit the bottle harder than usual. Throw in a little cocaine, and he woke the next morning to a hangover he couldn’t shake. Five panic attacks later, during which he had a series of seizures, he found himself in that ambulance.
“When the doctor asked me how much I’d been drinking, I said a lot,” offers Birch. “Like, 12-20 beers [a day] and then half to a full bottle of Jameson, every day for two months. He was pretty much like, ‘If you keep doing this, you’re going to die. Or have liver failure. Or you’ll have another seizure one day and you’ll get brain damage.’ I was like, ‘Woah, my life’s pretty good, I’d better not do that.’”
The episode is addressed in the songs “Pittsburgh” and “Death’s Hand” on the Amity Affliction’s just-released fourth album, Let the Ocean Take Me, which debuted at Number One last month, the band’s second LP to achieve that feat after 2012’s Chasing Ghosts. Both songs were written during a seven-month abstinence from the bottle, the first time in the band’s 10-year career Birch had penned lyrics sober. (He has started drinking again, but not to the extent he was: “That was full retard in its finest form,” he quips.) 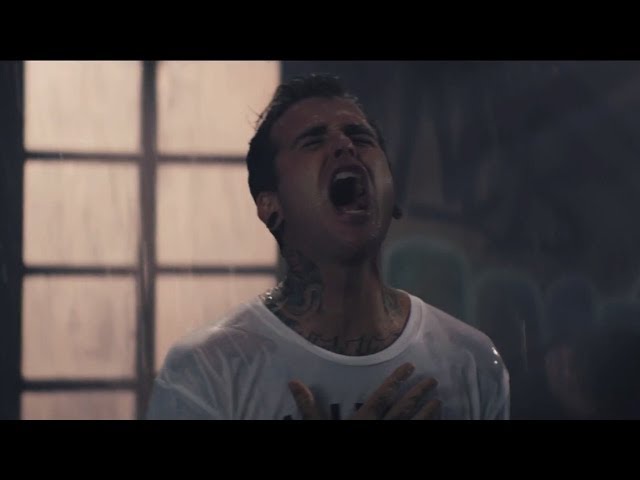 The most confronting aspect of writing songs whilst not under the influence? “Reading what I’d written and realising, ‘Fuck, that’s actually what’s happening in my head, and I’ve just put it on paper and people are going to read it.’ Whereas before, I was obviously pissed, so I just wrote and never thought too much about it.”
Birch’s lyrics have long chronicled his battle with depression and suicide – his last attempt at taking his own life was in the lead-up to the release of the band’s 2010 album, Youngbloods: “It wasn’t the first time,  I’d definitely tried swallowing poison at one stage and all sorts of dumb shit” – and so it continues on Let the Ocean Take Me. While its predecessor Chasing Ghosts was, says Birch, written in a good headspace, and therefore angled more at helping others than purging his own demons, the reoccurrence of his emotional issues over the past 18 months meant his most recent lyrics were coming from a much darker place.
“I’ve known Joel for a long time and I’ve never really feared for his safety,” says bassist/co-vocalist Ahren Stringer from his home in Melbourne. “But now that you mention it, I think, ‘Wow, there is some pretty dark stuff he sings about’, maybe I should. Am I a bad friend not to worry? But I know he’s in such a good place, he loves his girlfriend and family life. All the demons he’s got he can keep at bay, and it’s cathartic for him to write about it. That’s his release. It’s almost the opposite: I shouldn’t be worried, because he’s writing about it.”
Recently, Birch posted an open letter on the band’s website explaining the lyrics to the LP’s second single, “Don’t Lean on Me”.  The manner in which he’s addressed his personal battles has meant fans going through similar issues have taken to confiding in him in ever-growing numbers. It’s a burden he struggles with. There was, for example, the guy who e-mailed him saying, “I’m killing myself tomorrow. It’s April Fools, but it’s not going to be a joke.”
“I was frantically looking at this guy’s Facebook trying to find family and friends, and I ended up messaging about 20 people,” sighs Birch. “One was his girlfriend who messaged me and she was pissed off; she was like, ‘Is this some kind of sick joke?’ So I screen shot what he wrote, like, ‘This is serious, you need to help him out here.’ She broke up with him and he sent me an abusive message and I was like, ‘Listen here, buddy, if you’re going to send me this shit and expect me not to do anything, what kind of person am I? I’m trying to help you out here.’ He ended up apologising, but that’s not the first time that’s happened. It’s not fair to talk to a stranger on the other side of the world and tell them you’re about to do this horrendous thing and expect them to go, ‘Ah, that’s cool.’ It’s like, no, don’t do it, it’s stupid. I tried to do it. I was ashamed of myself afterward. It’s fucked. And there are repercussions you don’t get to see if you succeed. People around you will break down.” 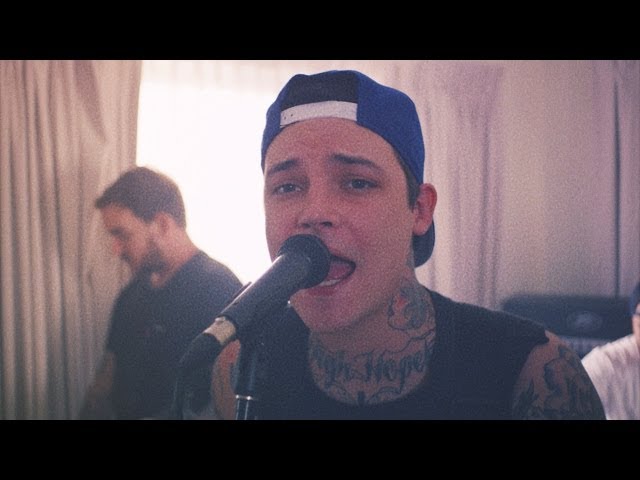 For all the heavy emotional toll, there is much to be happy about in the Amity Affliction these days. After years of financial struggle – each member was living on $250 a week until about six months ago, says Birch – they may soon be able to reap the rewards of a decade’s worth of work. Stringer never doubted it would come to this. “When the Youngbloods album dropped, I said to all my scaffolding mates [he worked as a scaffolder for seven years], ‘I’m not coming back to work after this album comes out,’” he recalls. “And they were like, ‘Pull the other one.’ I guess they’re listening to me on Triple J now! This is my dream job, it’s what I’ve always wanted to do since I was a kid.”