One month after Sharon Jones died of pancreatic cancer in 2016, her closest friends and family gathered at the Universal Church of God in Queens, New York, to celebrate and mourn the exuberant, Grammy-nominated soul and funk vocalist. As a teenager, Jones had written a song titled “Call on God” that she would often sing with other choir members. Later in life, she’d use it to warm up in the studio and recorded the track in 2007 with backing band the Dap-Kings for their third album 100 Days, 100 Nights. But the group already had another gospel song on the album and the track was permanently shelved.

Now, many of these same members who sang with Jones through the decades were in church, belting Jones’ moving spiritual. “We were all floored,” says Neal Sugarman, Dap-Kings saxophonist and co-founder of Jones’ label Daptone Records. With emotions still high following the service, the singers entered Daptone’s Brooklyn studio to “perform” with Jones one last time on a heart-wrenching version of the song that appears on Jones’ recently released final album Soul of a Woman.

“It was just an incredible moment because they were able to sing with her one last time and back her up on a song they had sung with her years and years ago,” Daptone co-founder and Dap-Kings bassist-bandleader Gabriel Roth tells Rolling Stone. “It was this reunion of this whole crew and you know Sharon was right there leading them on the track.” 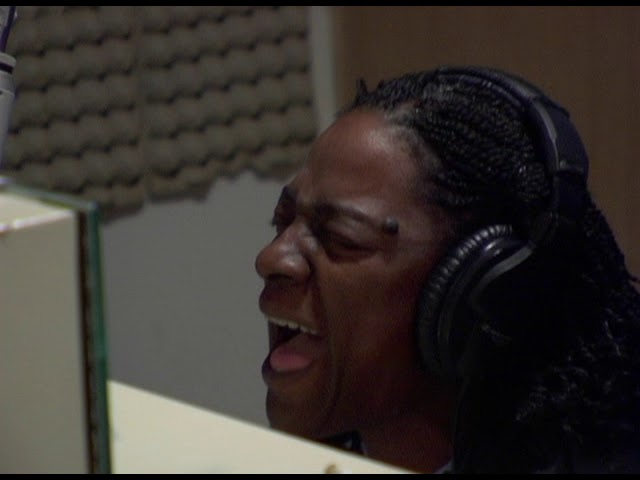 Under better circumstances, Soul of a Woman would simply be another stellar collection of songs recorded by a band that helped resurrect classic soul during the past 15 years. Instead, it doubles as Jones’ musical last will and testament, recorded in between chemotherapy sessions while the singer and her acolytes faced the previously unthinkable prospect that this would be Jones’ final album.

The group started recording the album immediately after finishing Jones’ 2014 LP Give the People What They Want. At this point, Jones had already been diagnosed with pancreatic cancer, went into remission and saw the cancer return fiercer than before. But despite her health, Roth insists that “there was no somber tone” in the studio. To record Sharon Jones somber would be an implicit insult to a singer who attacked life and, to quote Roth, “took a bite out of everything and just lit everything on fire.”

“To my frustration and to her credit, she wouldn’t come into the studio until she was really feeling it,” he continues. “Everybody that knows her knows she couldn’t really phone it in.”

“I don’t think anybody approached it like, ‘Here’s our swan song,'” says Roth.

“As much as we knew the reality, I don’t think anybody knew it could be over at any point,” Roth adds. “I don’t think anybody approached it like, ‘Here’s our swan song. Here’s the final dance.’ There was always the optimism of going on and having more to do. Every time she was counted out, she came back fighting a lot of times. But by the time we were doing those final sessions, we obviously hoped they weren’t the last, but it was definitely in our minds that it could be.”

The group originally planned on a “really moody” album filled with strings and orchestras (or as Sugarman calls it, “the ‘Girl, you got to forgive him’ stuff”). In their first session, Jones and the group laid down the slower, more balladic songs that would become Side B of the album. But realizing that Soul of a Woman may be Jones’ final album, they returned to the studio to change direction and record exhilarating, uptempo tracks more in line with Jones’ tireless live performances. The album’s first half, including standout tracks “Sail On!” and “Matter of Time,” captures the energy of those live shows.

“We would look at Sharon’s situation and soon realised that what she needed was not to be singing these love song ballads,” Sugarman says. “What she was really good at … was the real upbeat songs that she really loved and enjoyed singing a little more live.”

“We all know that’s what Sharon loved digging her teeth into; stuff that was a little more raw and gritty,” Roth says. “And as much as the band loved taking these voyages to these orchestrations and composed melodies and background vocals, that wasn’t what Sharon was about live. She was carnivorous, man.”

Both Roth and Sugarman are quick to contrast Soul of a Woman with posthumous compilations pairing archived vocals with new instrumentation. “There’s no outtakes on this record,” Roth says. “This is a new record and a recording of something that Sharon and the band put together not as a compilation or farewell.” Jones and the Dap-Kings recorded exponentially more than they released, though the status of future Jones recordings remains unclear.

“It continues to come in and out in these weird waves of the reality that we’re not going to be able to play this music with Sharon,” says Sugarman.

Still, there are projects that will forever be hypothetical. For years, Jones and Roth had talked of recording a full gospel album inspired by Aretha Franklin’s landmark 1972 live gospel album Amazing Grace. “It’s very hard for me that we weren’t able to get that done because I feel like that was something that was really important to her,” Roth says. “That record was huge for Sharon and she always wanted to do a record like that. She had been singing gospel her whole life.”

Jones was the linchpin of both the Dap-Kings and Daptone Records and her death, alongside the death of fellow soul singer Charles Bradley in September, has forced the label to ponder its future. A slew of releases, including new albums by Staten Island funk group the Budos Band and British R&B singer James Hunter are set for 2018, while the Dap-Kings continue to make high-profile guest appearances, most notably on Sam Smith’s recently released The Thrill of It All.

One year after the loss of Jones, however, the group is still struggling to regain their center. “It’s been really, really hard,” Sugarman says. “It continues to come in and out in these weird waves of the reality that we’re not going to be able to play this music with Sharon. Everyone asks, ‘What are the Dap-Kings going to do?’ and nothing feels like the right move. Everyone has a suggestion, but there will never be another Sharon Jones. That’s what that band was built for. What we’ve got to experience with Sharon, we will never get there again. I wouldn’t want to be in a situation where it’s not as good as it’s been.”

Has there been any thought on ending the band?

“We’ve had all kinds of conversations,” says Sugarman.

But for now, Soul of a Woman is top priority. “It’s going to be a strange campaign without Sharon around and we’re still trying to figure out what that means,” admits Roth. (The group performed a heartbreaking medley of “Sail On!” and “Searching for a New Day” on The Tonight Show, showing archival footage of Jones in concert while blending live performance with her recorded vocals.)

“The first time people hear [Soul of a Woman] – especially the hardcore Sharon fans – people are going to get real down and then it’s going to take them back up,” says Sugarman. “From my perspective, it’s one more nail in the annals of classic soul records because Sharon has proven through her catalog and live shows that she is one of the greats. Hopefully these are classic records, which means they’ll live on forever.”