As we hurtle head first into summer, festival announcements become almost daily rituals. Swamped by the options, we’ve sifted through the schedule from the big, multi-stage events to the off-the-grid boutique festivals. This year, we’ve also cast a slightly wider net, including some of the tech, theatre and pop-culture events that dot the summer months.

Here’s our selected picks for the best specialised festivals happening around Australia over the next few months.

A Day on the Green (November – April)

Where: With over 30 concerts, A Day on the Green is coming to major wine-growing regions in Perth, the Yarra Valley, McLaren Vale, the Hunter Valley and Mt Cotton.

The Line-up: The festival offers five shows with different lineups — look out for Ross Wilson, Thirsty Merc and Richard Clapton in the ‘Classic Hits All Day’ shows, while the B-52s, You Am I and The Temper Trap are headlining smaller scale gigs. Xavier Rudd and Archie Roach will team up with Rodriguez, for an iconic night in The Return of the Sugar Man.

What Makes It So Special? A Day on the Green slices international and Australian music into independently curated shows and sets them in the middle of luscious wineries. Gigs are short and sweet, but never feel rushed when languoring in green estates.

Hot Tip: Parking is available on site at every venue. Be a champ, bring a gold coin donation.

The Line Up: Fairgrounds is pulling in international acts Angel Olsen, Japandroids and The Tallest Man on Earth, whilst home-grown talents Julia Jacklin, Big Scary and King Gizzard & The Lizard Wizard are also scheduled to play.

What Makes It So Special? Hopefully learning a few tough lessons from the teething issues of its 2015 debut, Fairgrounds once more ventures beyond just musical acts — featuring an eclectic array of dining options, markets and a record fair. It’s also family friendly – bring the kids for Story Time, Games on the Green and indie-kids karaoke.

Hot Tip: The local village pool has opened up for visitors, and Fairgrounds welcomes anyone who’d like a cool off.

The Line Up: Tommy McCubbin, host of podcast Future Sandwich will speak to some of Australia’s most prominent leaders in tech; science communicator, writer and musician Tanushree Rao will speak to how technology can change community and democracy; and James Nguyen, partner at M5859 Apps will discuss how to make your product addictive. The festival also hosts exhibitions, including a VR Multiplayer Light Sabre dual and an Artificial Intelligence that can watch and understand human behaviour, as well as workshops that feature growth hacking techniques, coding for beginners and building an arduino weather station in under an hour.

What Makes It So Special? Founded by three friends in 2015, Future Assembly showcases awe-inspiring, emergent technology through a series of workshops, speakers and exhibitions. In its sophomore year, the festival probes further into what the future might look like, encouraging tech punters to discover a broad range of industries from gaming, drone design, VR and hacking.

Hot Tip: Future Assembly is startup friendly — check out eight emerging businesses as they pitch for capital, with help from Thiel Foundation mentors.

The Lineup: The lineup for Spilt Milk is home to some of the best established and emerging artists in Australian music, featuring Flume, Hermitude, Sticky Fingers, Violent Soho, Client Liaison, DMA’s, Gang of Youths and L D R U.

What Makes It So Special? For Spilt Milk’s inaugural festival, they’re bringing together the best music, food and art that Australia has to offer, showcasing craft beers like Little Creatures and Pact Beer Co, as well as food from Mary’s, Bao Stop and Messina, alongside installations and murals from local artists Beast, George Rose, Alex Lehours and Smalls.

Hot Tip: Check out The Sitting Pretty ticket, which includes priority entry at the gates, access to the elevated deck with stellar views and an invite to the Sitting Pretty bar. Tickets are limited, and only available to subscribers.

The Line Up: BINGEFEST will strike a chord with anyone who consumes copious amounts of Netflix shows or gibbon memes at any given time. Speakers include Podcast heavyweights Jad Abumrad (Radiolab) and Julie Snyder (Serial), as well as a round table discussion with the writers from Community, Rick and Morty and Luke Warm Sex. The festival will also host a Beyonce vs. Rihanna Dance Class, a 24-hour gaming marathon of Street Fighter and a memorial service for Harambe.

Hot Tip: Check out the multi-pass for discounted prices on 3 or more shows.

The Line Up: Beyond the Valley will feature local and international talent, from emerging Aussie musicians Jarryd James, Ecca Vandal and Alex Lahey to heavyweight artists Chance The Rapper, Highasakite and Goldlink.

What Makes It So Special? BTV is an entire sensory experience — from the visual art stationed throughout the festival grounds, to a 24-hour food service, bars, morning yoga classes and a hammock park, the five day event has tailored each component (most importantly, the main stage and festival line up) to ensure a richly diverse and creative festival.

Hot Tip: Keep an eye out for special unannounced guests in the festival’s Central Park.

The Lineup: Returning for its third year, UNIFY is a gathering of heavy music lovers and features Alexisonfire, Violent Soho, Northlane, The Getaway Plan and Every Time I Die, among others.

What makes it so special? UNIFY is a BYO music and camping festival set two hours out of Melbourne in the stunning Recreation Reserve. With an emphasis on community, nature and music, the festival encompasses a punter friendly atmosphere that celebrates the best of Australian punk, metal and hardcore on offer.

Hot Tip: UNIFY has become a two night affair, featuring more artists and more amenities than ever before. 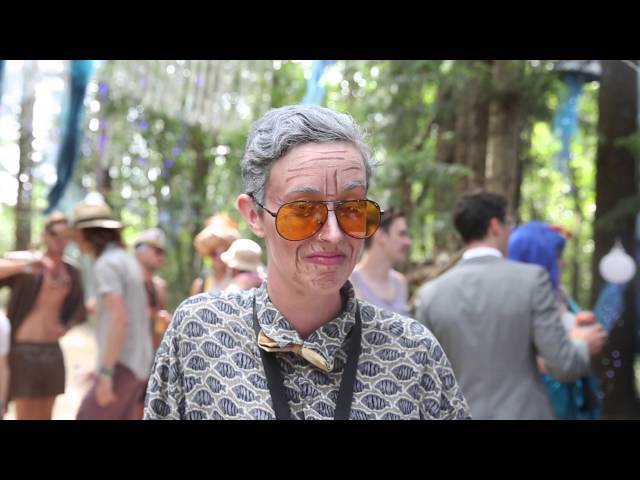 The Line Up: Part of Secret Garden’s magic is to reveal the line up after tickets have sold out, but that doesn’t stop punters from committing to the 48-hour forest disco.

What Makes It So Special? Nobody does mystery like Secret Garden. Everything from performers, to the banquet, to the activities (think human foose ball and spontaneous rave caves) are aimed to burst your expectations of what a festival can come up with.

Hot Tip: Each night is themed — elaborate costumes are encouraged.

What makes it so special? WOMADelaide offers a diverse range of contemporary arts and culture over four days. In a celebration of music, goodwill and cultural curiosity, this iconic festival is an immersive experience that extends beyond music performers to include artists, thinkers and dancers.

Hot Tip: Many of the performers are off stage — explore the park for a micro puppet show, French cabaret and interactive art installations. 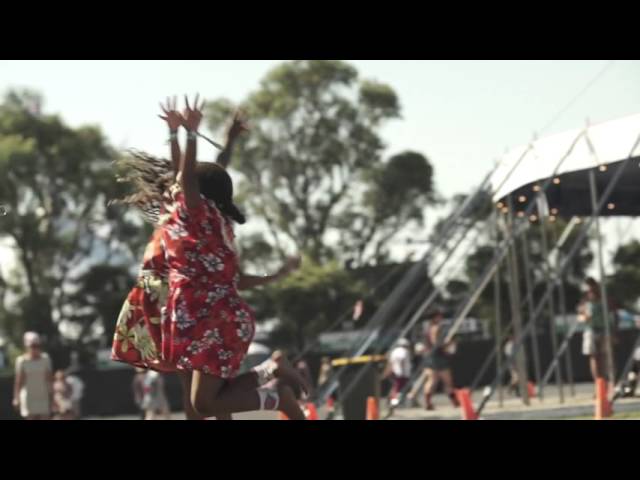 What Makes It So Special? Bluesfest is Australia’s biggest blues and roots festival, but since its beginnings in 1990 it has evolved beyond its moniker into a festival that hosts a varied array of local and internationally acclaimed artists. Eclectic, inclusive and incredibly well organised, music remains the festival’s focus, featuring over 200 performers over five days, across seven stages, as well as attracting an audience of over 100,000.

Hot Tip: Bluesfest features a busking stage where you can check out some of the best emerging talent in Australian music.