If one were to judge a movie based purely on its soundtrack, then Purple Rain — Prince’s breakthrough film, which is celebrating its 30th anniversary — would possibly trump Citizen Kane on just about every “best movie” list there is. “When Doves Cry”, “Let’s Go Crazy”, “Darling Nikki”, “I Would Die 4 U”, “The Beautiful Ones”, the title track: these songs are all on one album, people! Unfortunately for the artist formerly known as the Artist Formerly Known as Prince, great music can’t hide, say, some less-than-stellar acting, shaky direction, and/or a shoddily written script. No offense, Prince fans, but even the purifying waters of Lake Minnetonka can’t cure everything.

But Purple Rain is hardly the first “bad” movie to boast a killer soundtrack, nor will it be the last. In honour of the Purple One’s film hitting the big 3-0, we’re counting down 10 other bad movies with great soundtracks. Open your ears, cover your eyes, and read on.

It’s okay to think that disco sucks, but there’s something different, and dare we say special, about the Bee Gees-and-beyond soundtrack to John Badham’s love letter to leisure suits. Perhaps it’s a catching the zeitgeist at just the right moment, as the film — which features genre staples like “Stayin’ Alive” and The Trammps’ “Disco Inferno”— was released precisely as the musical movement was hitting its tipping point. As a time capsule, this look at Seventies’ club culture and dance-floor fads is invaluable; as a drama about outer-borough nobodies trying to make it in the big city, however, it leaves a lot to be desired. Still, the double-album behemoth proved popular enough that it would take 15 years to be supplanted (by Whitney Houston and The Bodyguard) as the best-selling soundtrack of all time.

In the pantheon of Saturday-matinee action movies, Mike Hodges’ take on the comic-strip hero Flash Gordon ranks somewhere near 1984’s Supergirl and 1997’s Steel (starring Shaq!) at the very bottom of the list. But it says something about its soundtrack, composed by Queen, that the band’s “Flash’s Theme” is likely the only thing you remember about the movie. (Flash, aaaa-ah…he’ll save every one of us!) On the plus side, the film is one of the first to turn a notable rock group into movie composers — a trend that is still often seen today in movies like Oblivion (M83) and TRON: Legacy (Daft Punk).

Prince’s movie after Purple Rain was not, alas, its sequel; that dubious honour belongs to 1990’s Graffiti Bridge, which sees The Kid and Morris Day’s rivalry continue into the next decade. But the Purple One’s directorial debut holds the distinction of having the widest disconnect between the watchability (or unwatchability) of a film and the listenability of its soundtrack — in this case, Prince’s psychedelic pop-infused album Parade (featuring “Kiss” and “Mountains”). Blame it on the studio heads at Warner Bros., who should have known the movie was headed for disaster when director Mary Lambert — who proudly put her stamp of approval on the lacklustre Stephen King adaptation Pet Sematary — departed the project due to creative differences with the music icon. The result was a soundtrack that sold more than two million copies and a wannabe-Felliniesque musical drama that won five Golden Raspberry Awards, including Worst Actor and Director for Prince, and a tie (with Howard the Duck) for Worst Picture.

Stephen King is the man to credit for AC/DC’s Who Made Who album’s release as the soundtrack for his big-screen adaptation of “Trucks”, the short story from his Night Shift collection about machines turning on their makers. It was King’s first and only directorial effort — but what the master of horror wants, the master of horror gets. And what he wanted for this campy (and not in a good way) movie were some choice cuts by his favourite band, with “Who Made Who”, “You Shook Me All Night Long”, and “Hells Bells” among its background music.

Emilio Estevez was still trying to find his way in a post-Brat Pack world when this utterly forgettable action film was released about a gang of drug dealers (lead, laughably enough, by Denis Leary) chasing yuppies Estevez and Cuba Gooding Jr. through the mean streets of Chicago. See, the bad guys are white and the heroes are multiethnic! While its purposeful counterintuitivity made no lasting impact, the film’s soundtrack of “Walk This Way”-inspired rock and hip hop mash-ups — which includes such pairings between Cypress Hill and Pearl Jam, Teenage Fan Club and De La Soul, and Helmet and House of Pain — still holds up surprisingly well today.

It takes a particular kind of acting talent to successfully pull off a sharp meta-satire — and let’s just say that’s a talent that the “Austrian Oak” Arnold Schwarzenegger doesn’t have and leave it at that. Which is one of many reasons why John McTiernan’s much-anticipated post-postmodern take on he-man action movies flopped at the box office. The film’s hard-rock soundtrack managed to transcend its turkey-like source material, however, thanks to tracks from the likes of Alice in Chains, AC/DC, Def Leppard, Cypress Hill, Fishbone, Anthrax, and Aerosmith. 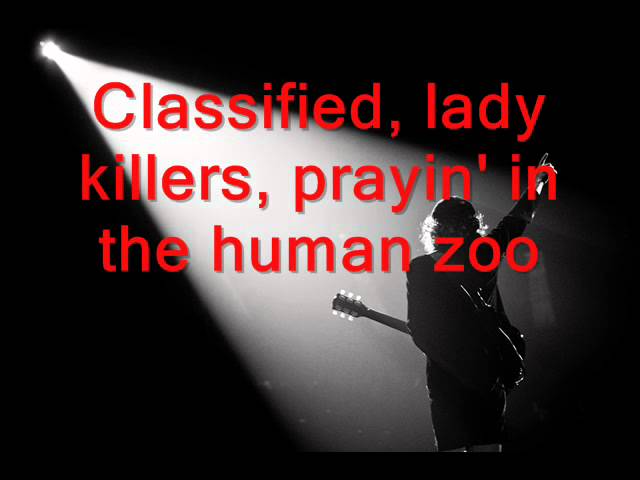 If you were an angst-ridden recent post-grad in the mid-1990s, you may have cinnected with Ben Stiller’s cinematic attempt to capture the zeitgeist of…angst-ridden recent post-grads in the mid-1990s. For everyone else (i.e. viewers over the age of 27), there was the Gen X-approved soundtrack that mixed old hits from The Knack, Squeeze, and Crowded House with newcomers like Lisa Loeb, whose “Stay (I Missed You)” brought the unsigned artist a number one hit.

It sounds like a headline you might read in the Weekly World News: “Movie Bomb Spawns Two Separate Soundtracks!” But that is indeed what happened with Allen and Albert Hughes’ follow-up to their hit debut Menace II Society (1993), an oddly Vietnam-themed pseudo-heist movie. Thankfully for us, it also doubles as a Greatest Soul Hits of the Seventies mix tape, with major hits from James Brown, Al Green, Isaac Hayes, Barry White, Curtis Mayfield, The O’Jays, and Sly & the Family Stone.

A year after perfectly melding songs and imagery with Trainspotting, director Danny Boyle had the clout to command some of America’s most popular musicians to create a soundtrack for his tedious tale of angels, kidnapping, and Ewan McGregor making goo-goo eyes at Cameron Diaz. The soundtrack’s later tracks include a few lacklustre additions like Bobby Darin’s “Beyond the Sea”, but its earlier alt-rock nuggets — Ash’s title song, Beck’s “Deadweight”, Luscious Jackson’s “Love Is Here”, Sneaker Pimps’ “Velvet Divorce”, and Folk Implosion’s “Kingdom of Lies”  — are the stuff for which the repeat button was made.

Though it was intended to be a loose remake of Wim Wenders’ excellent Wings of Desire, Brad Silberling’s Americanised version feels more like a retread of every uninspired romantic fantasy film ever made. Nicolas Cage playing the role of a lovelorn angel may have looked good on paper, but on screen, well…subtlety has never been Nic’s strong suit. And while some of the movie’s tracks would have been better left in the late 1990s (we’re looking at you, Paula Cole), it also serves as a reminder of that decade’s popular musical offerings, with The Goo Goo Dolls’ “Iris”, Alanis Morissette’s “Uninvited”, and Eric Clapton’s favourite cover (“Further On Up the Road”) helping to land the soundtrack at the top of the charts.