Give Mogwai’s guitarist/vocalist some misogynistic hip-hop and he’s happy.

Dinosaur Jr. “Just Like Heaven”, 1989
“It really reminds me of a time in my life when I was getting into music on my own. I’d been starting to get into a lot of SST bands from watching skateboard videos, and I remember when Dinosaur Jr. came out with this version of the Cure song it was like all the stars were aligning. It all made so much sense. It was already one of my favourite songs, and I was learning to play guitar and [Dinosaur Jr. frontman] J Mascis was a big idol of mine – the way he played was really psychedelic and wild. This was the soundtrack to a lot of adolescent things – the first time getting drunk, the first time doing a bunch of stupid stuff that teenagers do [laughs].”

The Song I Listen to When I’m Hungover

Washington Phillips “Take Your Burden to the Lord and Leave it There”, 1928
“He was a pre-War blues singer, and most of his songs are played on a zither. It’s kind of spiritual blues, and he has a really high, pure, amazing voice. When I’m hungover I mostly listen to spiritual blues music. I don’t know why. It’s pretty relaxing, and I guess there’s a lot of hope there, and you need hope when you’re hungover! And I’ve had some pretty epic hangovers. Mostly on tour. My girlfriend doesn’t drink, so I tend not to get too mashed at home. It’s not a good look having to be taken to bed by your sober girlfriend!”

Monty Python “Always Look on the Bright Side of Life”, 1979
“Something funny to cheer people up. I grew up in a very blasphemous family so The Life of Brian was always a big hit. People can laugh about what an idiot I was, that’s fine as long as they’re not sitting around crying. When my dad died we got a jazz band [to play at the funeral], my dad loved jazz, and they played pretty jaunty New Orleans jazz, and everyone got a bit of a laugh from that. He’d have liked that. I don’t really like jazz though, so something like this or ‘Mahna Mahna’ by the Muppets would do.” 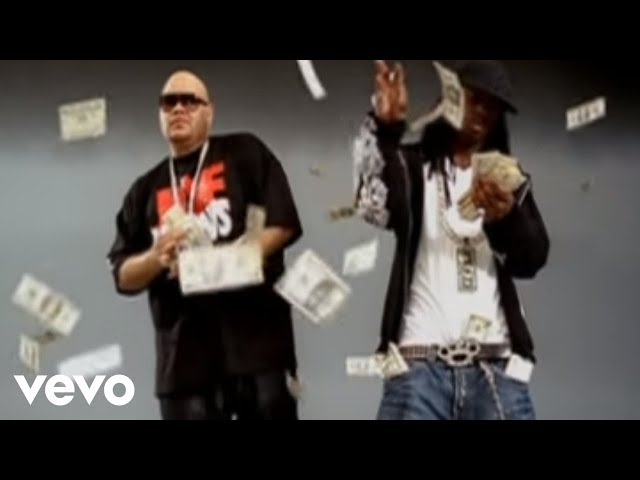 Fat Joe feat. Lil Wayne “Make it Rain”, 2006
“I really like commercial hip-hop that has no positive message at all. I like good hip-hop too, but I am fond of some pretty commercial stuff. There’s a pretty abhorrent message in this song, but the music’s really good. I’m always getting a hard time about listening to this, cos I’m quite a ‘right on person’! But some of the messages in hip-hop records are pretty appalling. I just hope they’re not being that serious!”

The Only Ones “Another Girl, Another Planet”, 1978
“I first heard this when I was a teenager, and I sought it out because I read that [the Cure frontman] Robert Smith really liked it. And I was such a huge Cure fan that I was just interested in anything that Robert liked. I know him now, he’d probably think it was pretty creepy if I told him. Every time I hear this song it puts a spring in my step.”

Mogwai “Cody”, 1999
“It’s like a proper song. It’s got words, it’s not just an instrumental, it has some structure to it [laughs]. I wrote it in my bedroom, which my parents turned into an office as soon as I moved out [laughs]. What’s it about? General adolescent mopishness. I don’t think it has any concise meaning, but I’m still fond of it all the same.”

Townes Van Zandt “Tecumseh Valley”, 1968
“This probably has made me cry, during a hangover. It’s a properly sad song. Misery, death, it’s all in there. And his voice is really beautiful. I discovered him through some friends in America. This guy who used to tour manage us, Sam Brumbaugh, produced a documentary about Townes called Be Here To Love Me, and I played at the fundraiser and it was about that time I got into his music. Some of those records are the best records I’ve ever heard. I know it’s vaguely country styled, but those songs are timeless. You could play those songs in any style and they’d work.”

David Bowie “Life on Mars”, 1971
“It’s a brilliant song. I could not write this song. It’s too musical and too smart. I’m not belittling what I write, but it’s not ‘Life on Mars’! It’s an omnipresent song, but I think the first time I heard it, where I really sat down and listened to it, was when I was in college. It was the pre-internet age so you wouldn’t have heard the record unless someone actually had it, and one of my flatmates had Hunky Dory and the whole thing is amazing.”

A Guy Called Gerald “Voodoo Ray”, 1988
“I don’t think anything is guaranteed to get me on the dancefloor, cos I’m a very reluctant dancer. But if there’s one song it would be ‘Voodoo Ray’. It’s late Eighties Manchester Acid House; I think Gerald may even have been a member of 808 State for a while. The song has all these elements that come in one by one. How would I describe my dance style? Unflashy! Pretty minimal.”