Rocky Balboa is the greatest loser that cinema has ever known. A piddling Philly prizefighter who was considered a bum by the few people who knew his name, the battered bruiser didn’t have to beat heavyweight champion Apollo Creed in order to fulfill his destiny as a blue-collar hero. But by “going the distance” — and withstanding an unholy barrage of fists in the process — the seemingly indomitable boxer proved his worth and earned himself the pride that had eluded him all his life. In doing so, Rocky became the rousing face of a country who’d bloodied by Vietnam, Watergate, and a mess of other Nixon-era national embarrassments.

The franchise’s iconic first instalment, which begins 40 years to the day before Creed began barnstorming the box office last week, became the highest-grossing film of 1976 (and a surprise Best Picture winner, snatching the prize away from a sobering collection of stone-cold classics that included All the President’s Men, Taxi Driver, and Network) because of how palpably the sentimental melodrama conveyed the virtues of defeat. As the champion, Rocky’s loss would have felt like a brutal blow; as the challenger, losing to Apollo Creed with integrity was a galvanizing reminder that underdogs don’t have to win in order to emerge victorious. That’s what we love about them.

America may be the most powerful country in the world, but losing is what we love. Losing is what allows us to keep fighting, and fighting is what we do best. We loved Rocky for being an underdog — we didn’t have to love him for being a winner. To make the leap from a single film to a massive franchise, however, he would have to become a winner. And when he became a winner, he got boring.  (See every Rocky movie after Rocky II. Yes, we know, he beats Ivan Drago and thus is singlehandedly responsible for ending the Soviet Union and the Cold war, but still.)

Victory is a narrative dead end for this saga, and as filmmaker Andrew Bujalski observed in a recent New Yorker essay: “The greatest fictional fighter of all time … and the chapter of his life in which he actually reigns as champ registers barely as a footnote. But where would the drama be in watching someone merely maintain his dominance?” In order to remain emotionally relevant, Rocky has consistently been forced to contrive himself into the challenger’s corner. And as Stallone’s fame went stratospheric, it became increasingly difficult to perceive the Italian Stallion as David rather than Goliath. In the beginning, Rocky won even when he lost. By his fifth film, he lost even when he won. 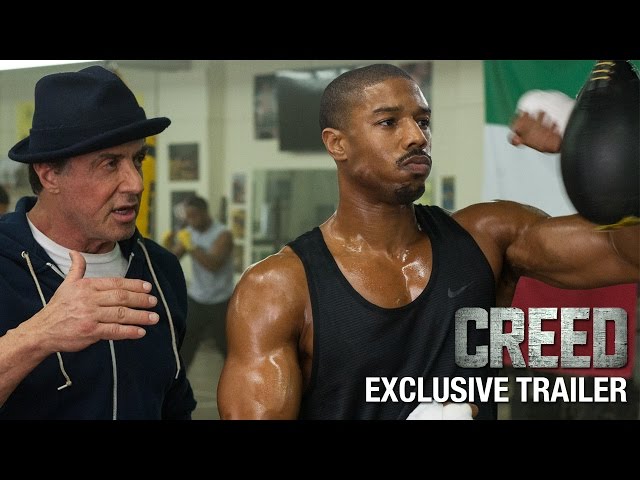 Enter Creed, a film that’s exploded with audiences (grossing more than its modest production budget in less than a single weekend) and brought grown men to tears. Directed and co-written by Ryan Coogler (Fruitvale Station), Creed is familiar to a fault, hitting its narrative beats with the lazy confidence of a boxer throwing jabs at his punching bag. And yet, though we’ve seen this story before, it’s been a long time since we’ve seen it told with such a clear-eyed grasp of why winning is so much less interesting than the process of putting up a good fight. We’re always the underdog when we square off against ourselves.

The film’s title character — a fatherless black man in America — Adonis Creed is a natural born challenger due to the color of his skin. Coogler, whose only previous feature was about the murder of an innocent black man at the hands of an institutionally racist police force, knows that truth in his bones, even if he neglects to dwell on it here. On the other hand, Adonis is also the bastard son of the greatest champion that Rocky Balboa ever fought, and he inherited his father’s blood along with the name and the tremendous wealth that came with it. A natural underdog and boxing royalty, he’s essentially a human split-decision; one early scene, in which he shadowboxes a projection of one of his father’s classic fights, all but sums up how the sinewy young man is always half-step behind the phantom that he’s dying to fight.

In fact, Adonis is such a compelling underdog that we root for him to fulfill a certifiable death wish. His dad died in the ring, and his stepmother pleads with him not to follow in his father’s footsteps; trainers refuse to teach the kid the sweet science. Within minutes of first meeting him, we’re coerced into sharing his perspective. Everybody wants what’s best for the kid — except us. As soon as someone is pegged as the underdog, we can’t wait to watch them give it a shot in the ring.

It’s only natural that Rocky, who inevitably becomes the twentysomething upstart’s trainer, sees himself in the son of his greatest rival. The champ is the only person who can tell that Adonis is only interested in fighting with one opponent: Adonis Creed. So his first order of business is to plant the kid in front of a mirror and instruct him to spar with the man staring back. “You’re your father’s son,” the former champion grumbles, a porridge of vowels falling out of his mouth. “You’re part of him. It doesn’t mean you have to be him.” You can’t defeat the guy in the reflection — but you can slug your way through 15 rounds until you no longer recognize that person. That’s the only victory that Adonis has ever wanted.

His journey towards earning that moment, from the streets (and museum steps) of Philly to a Liverpool football stadium, perfectly retraces the path towards self-worth that Balboa first blazed 40 years earlier. Life isn’t about what we win, but what we get out of our losses. That’s what Rocky has always been about. It took a kid to remind the former champ of that, and it took a young director to remind Stallone of the same thing. Everybody thinks that they’re the underdog. Creed hits us right in the sweet spot because it knows that everybody might be right.