For a lot of folks, movies are a diversion, a date-night option or something to dip into on a lazy Sunday afternoon; for Patton Oswalt, they weren’t a pastime so much as a pathology. During the mid-Nineties, right after the future stand-up-comedy headliner and star of Ratatouille moved to Los Angeles, Oswalt started frequenting the New Beverly Cinema, an old-fashioned single-screen movie theater known for programming everything from Casablanca to vintage creature features. Soon, he started compulsively chain-viewing double- and triple-features as much as he could, personal life and professional duties be damned. Why see friends or forge meaningful relationships, he reasoned, when there’s a Hammer horror marathon to be devoured or a rare screening of Ace in the Hole to check out?

Part addiction memoir and part first-person history of the era’s alt-comedy boom, Silver Screen Fiend is Oswalt’s attempt to detail his celluloid junkie phase and reconcile a four-year period spent literally and figuratively in the dark. “Looking back, I think I was subconsciously trying to teach myself a hard-learned lesson,” the 45-year-old comic says, calling from his home in L.A. before embarking on a combination book-reading and stand-up tour. (He’ll play Carnegie Hall for the first time on January 9th.) “Basically, that it’s more important to be out in the world and living your life than experiencing it secondhand through films. As great as movies are, they should be like a glass of wine with the meal or a really good joint at the end of the day. If you’re drinking the whole bottle and not eating at all, well…maybe you have a problem.”

The fact that Oswalt is a recovering cineaholic didn’t stop him, however, from playing along with a request to map out his rise from budding fanatic to headlining comic via 10 films that moved him, marked him and hit him “right in that formative sweet spot.” From silent-horror flicks to, of course, Star Wars, here are the movies that changed his life. 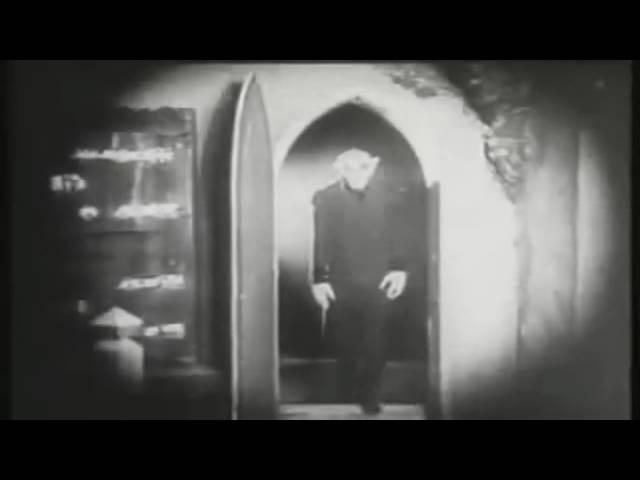 “I saw it when I was five years old, and it was the first time I ever remember being totally terrified of a thing projected on a screen. I was still living in Tustin Meadows, California, and my parents took me to Halloween day at the library, where the people who ran the program decided to show children this horrifying movie about a rat-like vampire. They weren’t trying to be mean or sadistic; it was more like, ‘Hey, here’s this old silent movie, let’s show it to these bored kids!’ I thought that everything I was looking at was going to crawl out of that square of light and come after me. It was horrifying. But it was also: ‘This scares the shit out of me…and I want to get on the other side of this and figure out what this is!'” 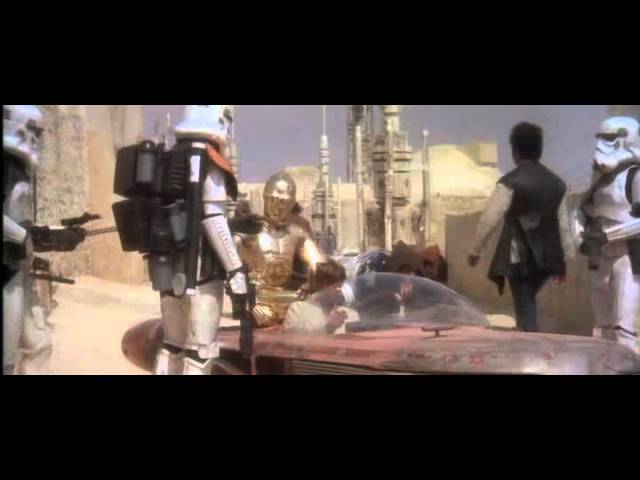 “It’s just one of these things that hit the sweet spot of our generation. For me, Star Wars was the first movie that I’d seen where when it was over, not only did I want to see it again — I could imagine that these characters would go off and do other things, have other adventures. I’d draw cartoons of what this one guy in the cantina went and did after that scene…you felt there were all these little stories happening after you’d left these characters, all these other avenues to explore. It was like Fisher Price’s My First Fan Fiction, and that had never happened to me with a movie before.” 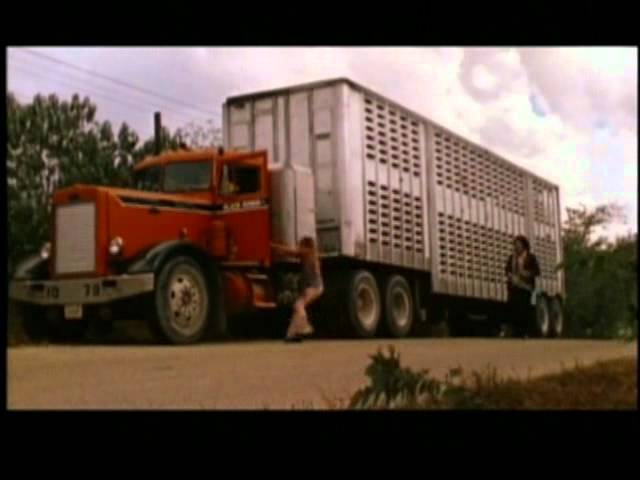 “It was one of those movies that was expressly forbidden by my parents: ‘Do not see this movie, Patton. Do. Not. See. It!‘ I finally tracked it down through a friend of a friend of a friend when I was in my late teens, and them watched it on this third- or fourth-generation videotape…which, by the way, is really the perfect way to see it. I know I’m not the first person to say this, but it looked like the movie was actually shot by the killers themselves. Like, they took a break from slaughtering people, got a hold of a camera, and then just filmed the shit they were doing. It’s unnerving. It’s terrifying. And it’s just pure fucking cinema.”

“By the time I saw it, I was already a big stand-up comedy fan, yet the idea that you could see a movie that was just someone talking… that was new. More importantly, it was something that woke up more shit in my head than most other movies I’d seen, you know, where they’re just throwing a lot of different visual things at you. It wasn’t just the social stuff he was doing in his act, either; it was the way he’d give the wind a personality, or a dog a personality, or a car he was shooting with a gun a personality! The way Pryor was vocalizing all this stuff, he was making me see a film in my head. I must have been 16 or 17 when I caught up with it — I wasn’t in college yet and I hadn’t decided I wanted to try my hand at stand-up yet. That was still a few years away. But this was certainly one of the things that set my on that path.”

“I knew a little bit about underground filmmakers like Ken Jacobs and Andy Warhol and the Kuchar brothers at that point, only all that stuff was happening in New York , so it felt like this whole other world. Seeing the way that Female Trouble — even more than Waters’ Pink Flamingos, which is much better known — does all this outrageous stuff that looked kinda like the bland suburbs in Virginia where I had lived…I mean, you could do something this fucking crazy in your own backyard?!? And what’s most shocking is how this exceedingly polite, impeccably dressed man with a pencil-thin moustache doesn’t act like it’s shocking; he essentially films these horrible, subversive things as if they were just another scene in any other movie about a girl growing up. Even when you compare something like Blazing Saddles or Eating Raoul to this…I mean, I love those films, but this shit is genuinely edgy.

“Most comedies or comedians, you can see how they gear up to throwing something taboo or dangerous at you: ‘Okay, people, here it comes!’ What Waters did that influenced me so much was that he just acted like, well, why wouldn’t you have someone murder their family over a pair of cha-cha heels? There’s no punk-rock scream to his work; it’s almost like a nice country & western rhythm, which makes it 10 times as startling. I loved it.”

“It’s using the form of a movie musical in this almost sort of sardonic, mocking way to comment on this absolutely awful subject. As the Nazis gain more political power, the shows at the Kit Kat Klub get a little more clammy-palmed and desperate — and somehow, even better. I remember seeing this right as Pappy Bush’s presidency was coming to an end, and the rise of things like grunge and alt-comedy was starting to happen as this reaction to the overall grim mood of the country. I’d been doing comedy for a while and had already moved to San Francisco when I saw with it; you know, ‘Oh, this is considered a classic movie, I guess I’d better check it out.’ And suddenly, the world around me was being reflected back in the last place I’d have expected to see it. The scene where Joel Grey’s M.C. is devilishly grinning over all these Hitler youth as they sing ‘Tomorrow Belongs to Me’…it’s one of the most stunning cinematic moments I’ve ever experienced. It’s almost the idea that when someone like Hitler comes along, Satan is reduced to simply reduced to hosting a show at a cabaret club [laughs].” 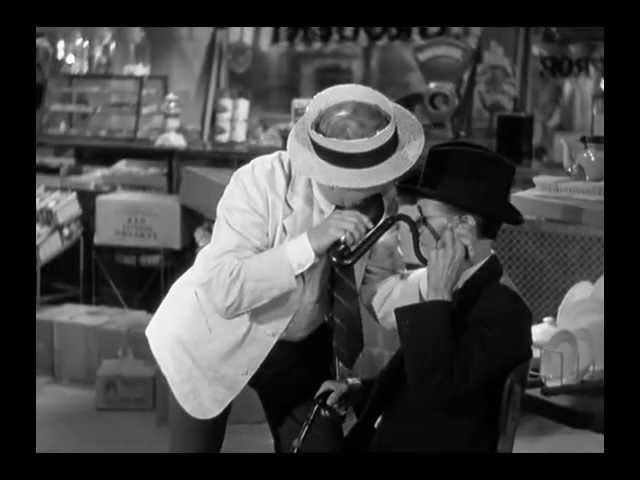 “I was writing for a sketch show in the mid-Nineties and dealing with a lot of network back-and-forth; it was pretty stifling to keep getting ‘Oh, let’s not do this and let’s not do that’ notes. Then out of nowhere, I happen to catch this W.C. Fields movie from the early Thirties that just gleefully blew away all of the so-called ‘liberated’ comedies of the time right out of the water. It was this great reminder that yes, you can go way, way farther than you think in terms of what’s funny, right at the moment I needed to be reminded of that. You just picture Fields sitting there, thinking: ‘Okay, what’s the one thing I’m not supposed to make fun of? Great, I’ll go after that, and I’ll make it twice as funny as anyone else, just to prove that all your pearl-clutching concerns are horseshit.'”

“This was sort of the modern equivalent of It’s a Gift, really…it’s a Belgian movie about these two assholes that become paraplegic and end up traveling around the country in their wheelchairs. It’s this beautiful, subversive movie that just sort of blindsided me. You think, you can’t make a comedy out of this — and then these guys totally do it. I belong to this service run by this company called Film Movement that scours a lot of film festivals and brings back stuff that doesn’t always get distribution. Then they mail you DVDs, sort of like a Book-of-the-Month club. That’s how I saw it, and it was just like, ‘Yes! People are still pushing the envelope.’ Track it down, you won’t be sorry.”

“Okay, I’m going personal here for a second. This was the first time that someone trusted me to be the lead in a movie, and a dramatic one at that. ‘You mean you have this great script, and you want me to play this part — and you think I will not fuck things up? Really?!?’ [Laughs] I’d been on movie sets before, but this was the first time I really got to see how a scrappy, independent movie got made. I’d been running my mouth off for ages about how ‘movies were so much better in the Seventies, man, they had balls back then!’ And now, here was my chance be in a film like that, one that really tried to channel that sort of energy and storytelling. It opened my eyes not only to what I might be able to do as an actor, but about modern movies in general. Maybe the Golden Age of American movies hadn’t passed, you know? Maybe it was still possible to be part of something great.”

“I’m going for a three-way tie here, and I’ll tell you why. When I think of movies that can instantly make you rethink your life, these three all instantly come to mind. We sometimes forget that these shadows projected on a wall are capable of making you stop and go, ‘Hey, maybe I should do things differently. Maybe I should be a nicer person and not be a dick. Those moments I thought were so important and spent so much time building up to them? Maybe, in the end, they weren’t — but these other smaller moments, the ones that I sort of blew off? When I get to the end of my life, I’ll realize those were the really significant ones!’ These films remind me to constantly look at the world from different angles and never stop trying to be better. That’s what great art does. That’s what movies can do.”