Meet Patricia Dumbrowski, a.k.a. Killa P. a.k.a. White Trish, a.k.a. Marilyn Mansion. Maybe you know the plus-size young woman from suburban New Jersey by the nickname the local knuckleheads have christened her with: Dumbo. Or maybe you know her by the wannabe white-girl rapper by her stage name, Patti Cake$. In between working works dead-end jobs and tending bar in a seedy dive, the aspiring MC writing rhymes, spits battle raps in gas station parking lots and freestyles at her own determined reflection in the bathroom mirror. She’s a Feminem on her own personal 8 Mile odyssey, with big dreams of escaping working-class squalor via hip-hop superstardom. But first, Patti has to overcome her hometown’s daily humiliations to find her voice as an artist.

And the triumphs of the underdog don’t stop there. Hailing from a town an hour outside Sydney, Macdonald had to overcome more than just self-doubt and mastering the vowel sounds of a New Jersey accent; the 26-year-old, whose only previous film credit was a small role in the 2013 indie thriller The East, had never rocked a mike at all before being cast. “I didn’t know I could rap until Geremy told me,” she says, sitting in a West Hollywood hotel restaurant. “I related to Patty instantly: her heart, her hopes and dreams. But I knew I would have to rebuild every part of me. And I didn’t know how to do that.”

Jasper didn’t necessarily know how to do that either. A Jersey-born former aspiring hip-hop performer in his own right, he wound up as frontman for the indie rock band the Fever when his dreams of rap stardom failed to materialise; he soon switched to directing music video for Florence + the Machine (“Dog Days Are Over”) and Selena Gomez (“Love You Like a Love Song”). The future filmmaker conjured Patti, in homage to the strong women of his youth, in 2012 as he was working his own series of crummy bartending and catering jobs to make ends meet between gigs. “I was driving around, listening to Hot 97 and said to my friend, ‘The next big star is going to be a really tough girl from Jersey,'” Jasper recalls, sitting next to Macdonald and sipping a bloody Mary. “After Hurricane Sandy, Patti flew to the front of my brain: ‘I’m going to make a movie about her!'” 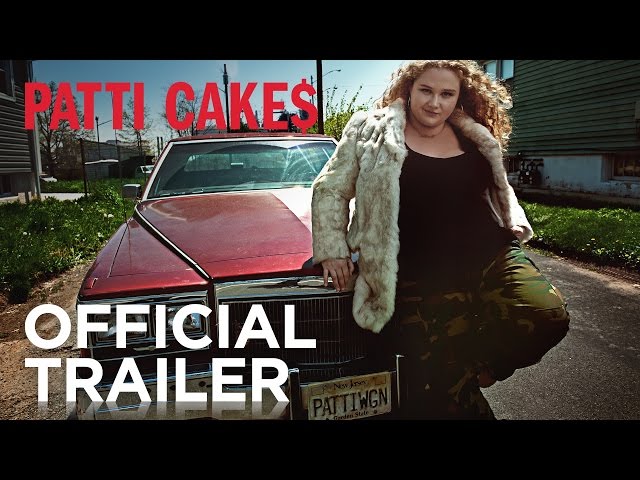 An early draft of the Patti Cake$ script was accepted to the Sundance Institute Screenwriters and Directors Labs in 2014, at which point Jasper enlisted a casting director to help find his leading lady. But none of the actresses he saw fit his vision of a “blue collar Wonder Woman,” and the filmmaker considered giving up on the project. He eventually came across Macdonald’s IMDb page – and instantly knew he had found Killa P. From there, Jasper spent the next two years helping the actress activate her inner Nicki Minaj.

“I knew I didn’t want to find a rapper and make her an actress,” Jasper says. “There was just something about Danielle; I felt like I could help mould her. It would be like a sports film. I’ll make her a karate expert! I’m gonna Miyagi her! And we kind of did some wax on, wax off. We worked our asses off to get to that place.”

The New York-based director started giving the L.A.-based Macdonald a crash course in hip-hop, presenting her a select discography and suggesting one song per week to memorise. In turn, the actor would record herself rapping over the tracks and email the audio files back to the director for critique. “‘Boss Ass Bitch’ was the first one I think we did,” Jasper says. “We began with simplistic, nursery-rhyme style rap. A lot of space and time to breathe. And we built up, started [rehearsing] the Biggies.”

Up to that point, Macdonald’s musical preferences had leaned more towards the power-pop punk of Blink-182 and Green Day. Suddenly, she was committing Big Pun and Fat Joe’s tongue-twisting “Twinz” to memory and breathlessly rapping along to Eminem’s agonised “Love the Way You Lie” verses. Seeking to perfect her “big girl with a big mouth” vocal flow, she devised a kind of cheat sheet. “I didn’t know how to breathe or where to breathe,” Macdonald says. “So I came up with a system. I printed out the lyrics. Then I would have dots, lines and then double dots – that meant how long I could breathe for. In the beginning, I would go through [every song] very slowly and do that. By the end, I didn’t have to.”

“There was just something about Danielle; I felt like I could help mould her. It would be like a sports film. I’ll make her a karate expert! I’m gonna Miyagi her! And we kind of did some wax on, wax off.”
-Director Jeremy Gasper

From there, Macdonald spent four months honing her Jersey accent with help from dialect coach Tim Monich. “Tim interviews people from all over the world and gives the recordings to his actors,” Jasper says. “He goes through the script and breaks things down phonetically. He has a whole library of people from Lodi, New Jersey, just having conversations about their family.”

Adds Macdonald: “I was listening to this accent constantly. I know their life stories. At some point I memorized them!”

The production then hired New York rapper/ghostwriter Skylar “Skyzoo” Taylor as Macdonald’s “swagger coach,” helping to polish her MC skills and stage direct her body language. By the time the cameras were ready to roll in 2016, the actress had thoroughly internalized her character. “I feel like we went on this crazy journey together,” Macdonald says, turning to the director. “You had this faith in me that I did not have in myself – and you had never directed. It terrified me. But that was appealing; I’m a sucker for punishment.”

For her part, Macdonald is fierce, vulnerable, even goofy at times – but she’s never not credible as a hip-hop performer in the film. Her newfound skills are prominently display during a sequence in which Patti rap-battles a local drug dealer who becomes so distraught over her stinging disses, he head butts her in the face. “It can’t start out too good so that people are like, ‘Oh she’s incredible!‘” Jasper explains. “She has to be mildly clever, but threatening enough to him so that he’s going to come back at her … and then she’s gonna really sharpen the blade. It was always about modulating when something was too good or too dumb, [then] finding the right balance.”

When Patti Cake$ premiered at Sundance in January (where festival director John Cooper gushed of Macdonald: “Not since Jennifer Lawrence have I seen a star like this”), several studios began squaring off for distribution rights after the first screening; it eventually sold to Fox Searchlight for $9.5 million. But almost as gratifyingly for Jasper, who wrote all the raps and recorded in-character demo versions of the movie’s 15 songs, was releasing the soundtrack on Republic Records – something, he notes, he never achieved while still an indie rocker.

“I couldn’t get arrested for 15 years … and now I’m putting out a record on a major label,” Jasper says. “I was Patti when I was a kid: a chubby, blond suburban kid going to talent shows and making an ass of myself. Filling endless notebooks full of rhymes – it was a thing I did in secret, that I loved to do so much but I never had a real outlet. Now it’s its own thing.”