Jonathan Demme, the Oscar-winning director of Philadelphia and The Silence of the Lambs and the filmmaker who revolutionised concert movies with his 1984 Talking Heads movie Stop Making Sense, died Wednesday morning from esophegal cancer. He was 73.

“Sadly, I can confirm that Jonathan passed away early this morning in his Manhattan apartment, surrounded by his wife, Joanne Howard, and three children,” Demme’s rep said in a statement.

“I am heartbroken to lose a friend, a mentor, a guy so singular and dynamic you’d have to design a hurricane to contain him,” Silence of the Lambs star Jodie Foster said in a statement. “Jonathan was as quirky as his comedies and as deep as his dramas. He was pure energy; the unstoppable cheerleader for anyone creative. Just as passionate about music as he was about art, he was and will always be a champion of the soul. JD, most beloved, something wild, brother of love, director of the lambs. Love that guy. Love him so much.”

“I am really shocked and very sad to hear about Jonathan’s passing,” said Anthony Hopkins in a statement. “Every day being with him was a high five.”

“Jonathan Demme was a great artist, humanitarian, activist & a warm encouraging colleague,” Ron Howard wrote on Twitter. “I’ve known very few like him. He will be missed.” “Met tons through the Moonlight run, but my man Demme was the kindest, most generous,” Moonlight director Barry Jenkins added. “A MASSIVE soul. He lived in love. And rests in peace.”

“Jonathan taught us how big a heart a person can have, and how it will guide how we live and what we do for a living,” Tom Hanks, who starred in Philadelphia, said in a statement. “He was the grandest of men.” “A big-hearted, big tent, compassionate man – in full embrace in his life of people in need – and of the potential of art, music, poetry and film to fill that need,” Meryl Streep, who starred in Demme’s 2015 Ricki and the Flash, added. “A big loss to the caring world.” Added Anthony Hopkins: “I am really shocked and very sad to hear about Jonathan’s passing. He was one of the best, and a really nice guy as well who had such a great spirit. My condolences to his family.”

After breaking into the industry as a writer and director for exploitation-movie king Roger Corman in the early 1970s, Demme made a name for himself with the 1980 drama Melvin and Howard, which chronicled the story of gas-station attendant Melvin Dummar’s encounter with reclusive millionaire Howard Hughes that left the Utah resident as the beneficiary of Hughes’ fortune.

Though he specialised in whimsical, humanistic comedy-dramas and live-performance films like Stop Making Sense and his 1987 Spalding Gray monologue movie Swimming to Cambodia, it was his adaptation of Thomas Harris’ serial-killer novel The Silence of the Lambs in 1991 that won him a Best Director Oscar, introduced the character of Hannibal Lecter into the popular consciousness and established horror movies as the equivalent of prestige films.

Though Demme isn’t credited for writing Lambs, he conceptualized some of the film’s signature moments. The film’s screenwriter Ted Tally told Rolling Stone that villain Buffalo Bill’s creepy nude dance wasn’t even in the script. “I was as shocked as everybody else when I saw him tucking his genitals between his legs and posing,” he said. “I thought, ‘Oh, my God.’ When Jodie [Foster] first saw it, she said, ‘This is really disturbing.’ Which is the idea. Certainly the nipple ring and things like that were not in the script.”

“Jonathan Demme was the kindest, most generous and most nurturing colleague I’ve ever had,” Tally tells Rolling Stone. “As great as he was as an artist, he was even greater as a human being. I am devastated by his loss.”

Demme became a household name in the Nineties following his work on Lambs – still one of only three films to rack up Oscar wins for Best Director, Picture, Actor, Actress and Screenplay. His next project, 1993’s Philadelphia, was equally ubiquitous and even more culturally significant: The film, starring Tom Hanks and Denzel Washington, raised awareness of gay rights and the AIDS epidemic. 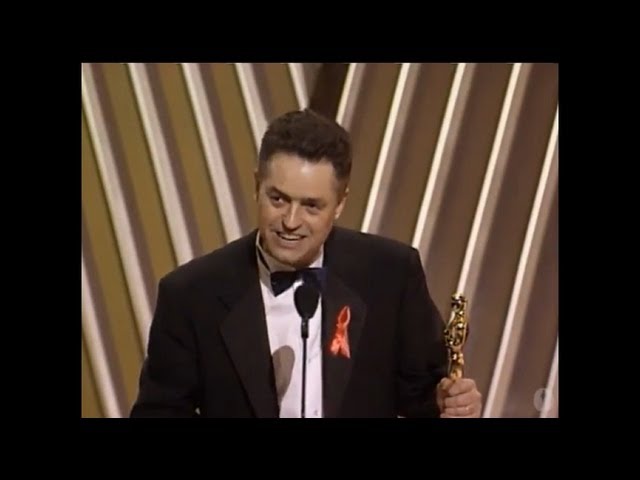 The filmmaker told Rolling Stone U.S. he was inspired to create a film about AIDS after his friend Juan Botas became sick with the disease. “We looked for a story for a long time, and we decided it would be pointless to make a film for people with AIDS,” he said. “Or for their loved ones. They don’t need no movie about AIDS. They live the truth. We wanted to reach people who don’t know people with AIDS, who look down on people with AIDS.”

While primarily known for features, Demme’s legacy will be equally remembered for Stop Making Sense, his groundbreaking 1984 documentary chronicling Talking Heads’ tour behind 1983’s Speaking in Tongues. The band’s former drummer, Chriz Frantz told Rolling Stone U.S. they linked up with Demme after the director attended one of their innovative concerts and announced, “We would like to make a movie of this.”

Talking Heads were direct with their intent for the project. “We didn’t want the clichés,” Frantz recalled. “We didn’t want close-ups of people’s fingers while they’re doing a guitar solo. We wanted the camera to linger, so you could get to know the musicians a little bit.” The dizzying result is best remembered for its rapid editing, unconventional camera angles and careful musical pacing – from David Byrne’s solo-with-boombox rendition of “Psycho Killer” to funky, stage-swelling versions of “This Must Be the Place (Naive Melody)” and “Crosseyed and Painless.”

Demme never earned the same level of accolades later in his career, but he continued to work in a variety of genres. His other notable films include 2004 thriller The Manchurian Candidate (a remake of the 1962 title starring Frank Sinatra), Neil Young’s 2006 concert doc Heart of Gold, the 2008 romantic drama Rachel Getting Married and his final narrative movie, the Meryl Streep-starring musical-comedy Ricki and the Flash.

Fittingly, Demme returned to the concert documentary format with last year’s , which he crafted as a “performance film but also a portrait of an artist at a certain moment in the arc of his career.” His last project, an as-yet-untitled film for the Rock and Roll Hall of Fame, is a tour through the history of rock & roll crafted through footage from past Hall of Fame induction ceremonies. The film is set to debut at the Hall of Fame’s main center in Cleveland this summer.

Demme is survived by his wife, Joanne Howard, and three children. According to Demme’s rep, a private family funeral will be held, with the family asking that in lieu of flowers, donations be made to Americans For Immigrant Justice.

In an interview promoting Philadelphia, Demme recounted to Rolling Stone U.S. some sage filmmaking advice he received from Roger Corman: “Jonathan, never forget what the primary organ is for the moviegoer. It’s the eye. You must keep the eye interested.” It’s a lesson he never forgot.

By David Fear and Ryan Reed.