A few years ago, Macon Blair came home to find that his New York City apartment has been broken into and his laptop stolen. Having recently relocated to Manhattan, the Virginia native viewed the incident as a sort of urban-living rite of passage. And like most folks whose primary experience with criminal investigations comes from Law & Order re-runs (and who’ve also logged in a guest appearance on an SVU episode), the writer-director-actor assumed that everything was going to kick into high gear the minute the boys in blue showed up. “I’m standing in my living room, asking the cop who’s been assigned to my case, ‘OK, so what do we do next?!?'” he recalls, calling in from his current residence in Austin, Texas. “‘Do we hit the streets, looking for perps? Mug shots? We gonna go look at mug shots now?!?’

“And this New York City police officer is just looking at me like I’m a fucking idiot,” Blair continues, laughing. “He just says, ‘Look, we’ll either find it or we won’t. Nothing is going to happen, man. This ain’t a cop show.’ He’s gone through this situation a million times. Meanwhile, I’m thinking, ‘Well, what do they do in the movies? Pawn shops! I’ve got to check out the pawn shops right away. I’m gonna crack this case wide open.'”

The fact that there’s an almost identical conversation that happens early on in I Don’t Feel at Home in This World Anymore, Blair’s award-winning directorial debut that starts streaming on Netflix on February 24th, is, of course, not a coincidence. A fixture on the micro-budget indie scene – he’s the man hellbent on revenge in his friend Jeremy Saulnier’s breakthrough movie Blue Ruin, and Sir Patrick Stewart’s squirrelly skinhead sidekick in Green Room – the pulp fiction aficionado knew that he wanted to do a severely cracked crime-comedy for his first time behind the camera. He’d already had a loose sketch of a lead character in mind: Ruth, a working-class nurse “who was kinda fed up with people in general,” he says. It was just a matter of where to put her. Then, after the stolen laptop incident, he wondered, Well, what if she had been burglarised and started playing detective? What if this put-upon, pissed-off woman started hitting up pawn shops looking for her stuff?

And, just for kicks, what if you threw in a metalhead neighbour with a pair of nunchucks, a seedy local criminal underworld, trophy wives, meth-heads, adder-filled ponds and comically excessive amounts of vomit as well? 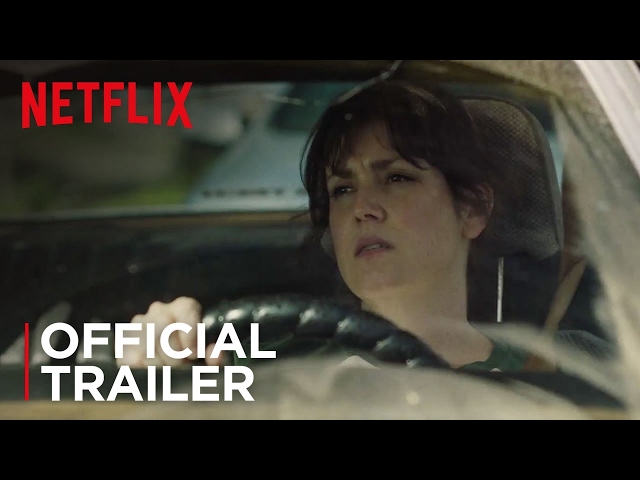 “The idea of putting this character who’s drifting through an existential crisis into the middle of, like, a Jim Thompson novel – and then letting things get absurd? I’d see that movie,” Blair exclaims. “Drop a person who’s on the edge of losing it into a half-ass crime story and see what happens. It just clicked.” When we meet Ruth, played by Melanie Lynskey, she’s already had to deal with foul-mouthed patients, a bar patron who ruins the end of the novel she’s reading (the literary offender is played by Blair) and mysterious piles of dog shit that keep appearing on her lawn. By the time she finds out that her computer and some family heirlooms have been swiped, she’s ready to punch the world in the face. “I just want people to stop being assholes,” she tells a friend, and after the cops blow off her case, she decides to take things into her own hands. A would-be martial artist named Tony (Elijah Wood) tags along for the ride. And down the funny, scary, violent Coen-esque rabbit hole they go.

“I loved how angry she was,” Lynskey says, citing one of Ruth’s speeches about how “people are so obsessed with getting things … ‘why does this person have these things and I don’t?'” as an example of how the script felt like it was tapping into an inchoate social anxiety that was burbling even before the Presidential election’s boiling point. (More on that in a bit.) “There’s something very exciting about seeing someone who seems a lot like you, who’s frustrated like you, decide that she’s not going to take it anymore and go take on some bad guys.” She pauses for a second before admitting that, in a scene involving Ruth’s altercation at a flea market, “I was a little afraid when we kicked an old man in the head, that we’d maybe gone too far. People don’t have a problem with it, however. I’m still not sure if that’s a good or a bad thing.”

“It’s as close as an overarching statement, as I can make about society right now: Don’t be a dick. That’s the message of the movie.”

Blair knew he wanted Lynskey for the main part, in the same way that he knew he wanted that mouthful of a misfit statement – taken from a gospel-music compilation that Saulnier had given him as a gift – for the movie’s title. (“My producers were like, ‘We’re not sure you can fit all that on a poster, Macon,'” the director admits. “But it felt like something Ruth would say, so we ended up keeping it.”) He also knew he that Wood, who Lynskey knew through Peter Jackson and who Blair had met at the Austin-based genre film festival Fantastic Fest a few times, would make a good Tony, despite the fact that, on the page, the socially awkward stoner character seemed a 180-degree switch from the Lord of the Rings actor.

“I don’t know if Macon told you this,” the actor says when we talk the next day, “but Tony was originally written to be an older, overweight, kind of schlubby guy. So I’m still not sure why my name initially came up. But I understand people who are super-nerdy about stuff like Dungeons & Dragons, heavy metal, karate – the sorts of interests that Tony has. I feel like I’ve met so many people like this guy. I was such of fan of Macon’s work that I’d do anything he’;d ask. And I would get to wear a rat-tail and throw ninja stars.” Indeed, Tony does sport the sort of impressive, snakelike strand of braided hair that would be the envy of all heshers, in addition to using a pair of nunchucks and, at one point, a shuriken to subdue the film’s speedfreak villains. “I’d say, in terms of accuracy, on a scale of one to 10 … I’m about a three when it comes to throwing stars,” Wood says. “The crew and I would practice in between takes and I discovered that, yes, I am, in fact, completely awful at this. But I can throw one. And it may hit something. “

Melanie Lynskey in ‘I Don’t Feel at Home in This World Anymore.’

As for Lynskey, whose character suffers broken fingers, Percoset hazes and other indignities at the hands of I Don’t Feel‘s sleazy bad guy (played by Jesus Lizard frontman David Yow), she discovered that her greatest asset was the ability to endure long days with a fake-vomit apparatus. “Yeah, the puking,” the actress sighs, upon mentioning a gunfight sequence in which Ruth cartoonishly throws up buckets of bile once the bullets start flying and bodies start dropping. “They hook a sort of tube into your mouth and pump this freezing cold, sweetened coffee creamer out. This went on for days. And it seemed like an awful lot, but maybe I’m just being overly sensitive, since it was coming out my mouth, so …”

“No, it was a lot,” Blair confirms. “We shot that scene for a week, and by the end of it … we had to go back later and digitally remove some of the vomit because it was just way too much. I mean, this is partially a comedy, but it’s this intense scene and it looked ridiculous. You never want to have to go back to your producers and ask for more money to digitally erase gallons of puke when you’re making a low-budget independent movie. Trust me on this.”

Neither copious tides of throw-up nor an overly wordy title, it seems could stop the Sundance Film Festival from awarding I Don’t Feel the U.S. Dramatic Grand Jury Prize, a win which surprised even its creator. But it’s not that surprising to see the film strike a chord at this particular moment in time, because for all of the Nineties familiarity of its gory-violence-meets-gallows-humor tone, there’s a palpable sense of rage that runs through the movie’s DNA. Though Trump had not yet become President when the production wrapped last year, both the filmmaker and his cast members mention how the sense of class resentment and a scrambling for dwindling pieces of the American-Dream pie embedded in the movie feels oddly attuned to the mess we find ourselves in. The title could apply to almost every character in the film. It is, in many ways, a Tarantino movie for the Trump era.

“I mean, if there wasn’t an intention to tap that sense of anger and frustration, it’s certainly in the movie now,” Blair says, choosing his words carefully. “But in the end, for all the funny stuff and the shocking stuff, I was making a crime movie where the detective character – Melanie’s character – is really chasing after the notion that people could maybe, just maybe, be less of an asshole in their daily life.

“On hand, it’s kinda amusing,” the filmmakers says, before signing off. “On the other hand, it’s as close as a statement as I’d like my work to make. It’s as close as an overarching statement, as I can make about society right now: Don’t be a dick. That’s the message of the movie. And in that sense, it’s more relevant than ever.”