“Where did this come from, and how could it happen?” This is the question you may well ask as you eyeball the angry orangutan in the $2,000 suit, while trying to make third-grade sense of his daily caterwauling.  But oh, ye naive pup, it is nothing new. The matrix of accidental power, stupefying ignorance, back-alley ethics, “love the uneducated!” pandering, and kick-the-mud-people scare tactics has been a fact of American politics since John Adams called Alexander Hamilton a “bastard brat” whose “superabundance of secretions he couldn’t find enough whores to absorb!”

Trump hasn’t popped off about his rival’s superabundance of secretions yet, but he might be the perfect storm of all this shit, and it should be no surprise that the paradigm has reared its head in movies, going back almost to their beginnings. You won’t get the whole package as we have it today — how could you? — but you can find DNA cropping up all over the place. So we thought it’d be helpful in this most surreal of election years to offer some cinematic context for what is, to most of us, an inexplicable mirage of savage weirdness: 20 movies that, if not predicting that the Orangeman cometh, fairly burst with varying degrees of Trumpitude.

So famous, so overpicked, but watch the scene in which Kane (Orson Welles), running for governor, delivers a rally sermon of drippingly Trumpian emptiness: “I made no campaign promises, because until a few weeks ago I had no hope of being elected! [Hold for chuckles] Now, however, I have something more than a hope. [More chuckles] And Jim Gettys — Jim Gettys has something less than a chance! [Gets laughs]” He wraps it up with: “I’d make my promises now – if I weren’t too busy arranging to keep them!” [More laughter]” This is how it’s done, folks. And don’t just take our word for it. 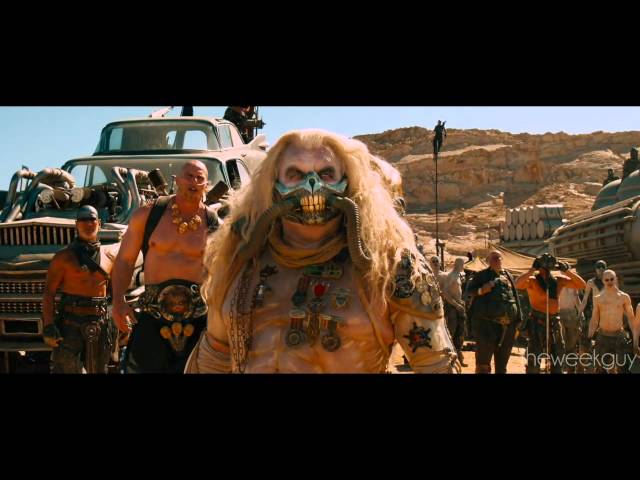 When we imagine life inside Trump’s skull, we see Immortan Joe (Hugh Keays-Byrne), the gluttonous, wild-haired tyrant of the Wasteland, who maintains the blood-water-gasoline reserves of his desert tribe for his own use, keeps a harem of too-young women, and requires gooey technological interventions in order to maintain his aging brawn. Too much? Not enough?

A strange, gentle satire on American politics, in which a literal nitwit (Peter Sellers) who knows nothing except television is mistaken by the elite class as a sage and ascends to the next in line for the presidency. The difference here, of course, is that Sellers’ character has no clue as to what’s going on. You could say Trump knows only television as well, but maybe the most chilling parallel here is how many party elites, and the voting public, can be so easily, so absurdly, persuaded by a blathering imbecile.

Who knows, Trump might see himself as the anti-establishment warrior in the Guy Fawkes mask, but the neo-fascist language and ideas of the film’s future English state are what he’s really about. You get this in its purest form out of the mouth of Roger Allam’s fuming TV demagogue, a great bulging ball of sweat and spittle whose type should be far more familiar today than in 2006. See if this sounds close, bellowed from a TV set: “We did what we had to do… Immigrants, Muslims, homosexuals, terrorists. Disease-ridden degenerates. They had to go. Strength through unity. Unity through faith. England prevails!” His most Trumpitarian turn of phrase: dissing the U.S.A. as “Ulcered Sphincter of Arse-erica.” You don’t think it’ll go there this fall, you wait.

A famous documentary using Congressional hearing footage to cast an unblinking eye upon Joseph McCarthy, the weaselly, scare-mongering senator largely responsible for the federal Red Scare of the postwar years, lying through his teeth and destroying countless lives and careers in the process. You’ve heard the name, now see this guy in action — Trump must be taking notes. 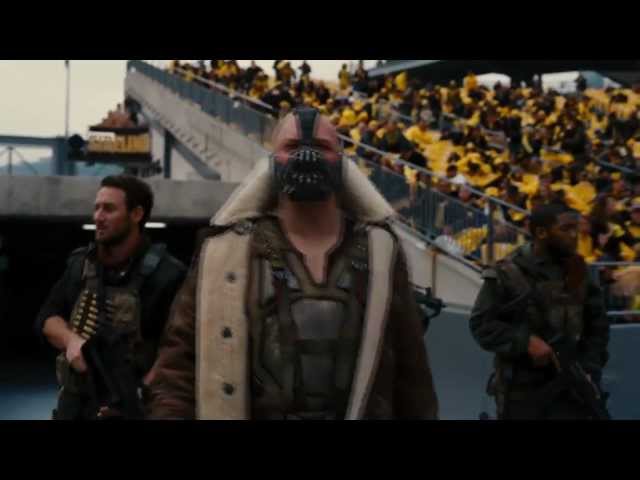 Supervillains don’t ordinarily worry about the public’s hearts and minds — but Bane did, achieving his Gotham takeover via pitches to the poor, abused and disenfranchised. Since no one could understand him watching the film, we’ll translate: “The oppressors of generations who have kept you down with myths of opportunity, and we give it back to you… the people. Gotham is yours… The powerful will be ripped from their decadent nests, and cast out into the cold world that we know and endure. Courts will be convened. Spoils will be enjoyed. Blood will ticks be shed… Gotham will survive!” Alright, Trump is easier to understand, dresses better, and aims his guns at Mexicans and women, not “the powerful,” but all that aside, who’d you rather? 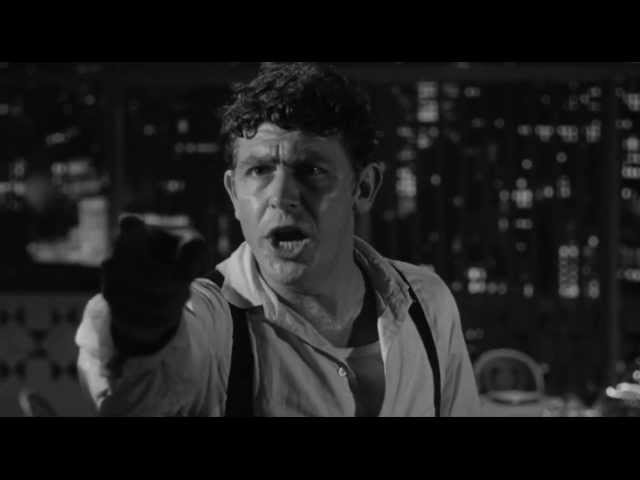 This is the media’s favorite go-to Trump movie, in which Andy Griffith plays a yammering hayseed who gains fame as a plain-speakin’ radio and TV personality, and then as media coach to presidential candidates. Honestly, the character is half the panderer the Donald is, and his off-air backbiting and coldblooded manipulations are standard operating procedure for both Washington and Hollywood. So he’s a belligerent fool! Big deal! And Lonesome Rhodes may be vile, but he’d still lose a shoving match with Donald’s tax accountant. 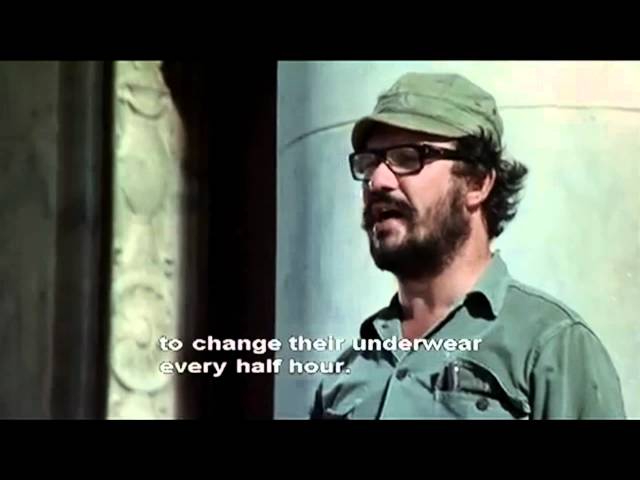 Early, funny Woody Allen, in which his Nixon-era nebbish becomes a Central American revolutionary in order to impress a girl. When the coup is successful and the guerrilla leader takes power, his first speech declares: “From this day on, the official language of San Marcos will be Swedish! All citizens will be required to change their underwear every half-hour! Underwear will be worn on the outside so we can check. Furthermore, all children under 16 years old are now … 16 years old!” Cut to Woody. Cut to us in 2017 during Trump’s inauguration speech. 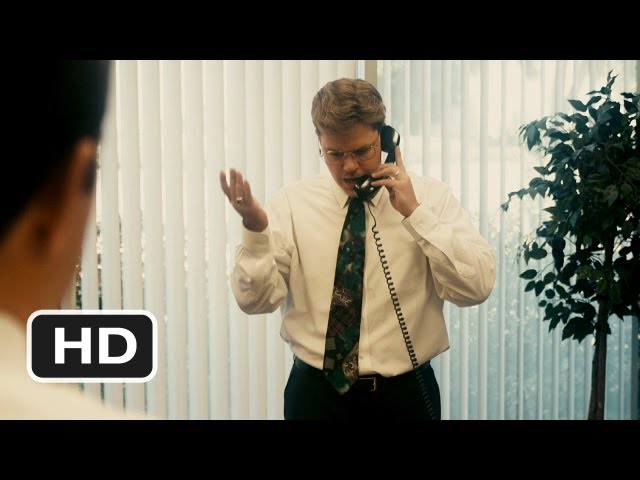 Real-life compulsive liar/con-man story extraordinaire, this neglected Steven Soderbergh film has Matt Damon playing corporate America and the FBI against each other and, most fabulously, implicating himself in everything — because he just cannot shut the hell up. Damon deserved an Oscar as one of movies’ least self-aware mythomaniacs, but didn’t get one because he never made it clear when he was lying and when he wasn’t. In other words, 25 years from now: Damon as Trump? 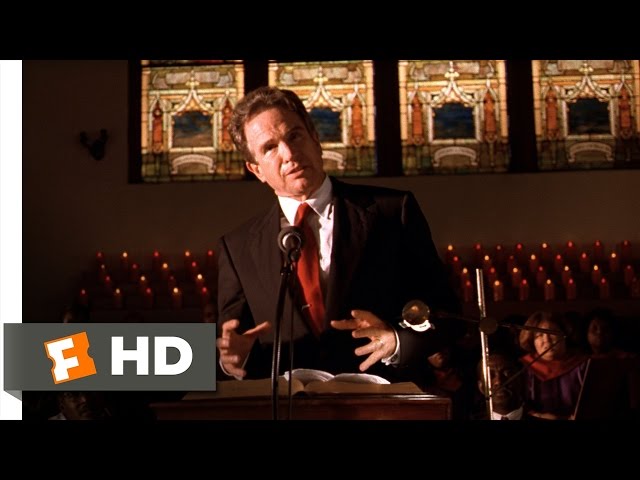 It’s probably the weirdest political satire maybe ever: Warren Beatty is a Congressman, already over the edge of sanity, who took out a contract on himself, then tries to cancel it; the subsequent nervous breakdown turns him into a truth-spouting media disaster, and then, most bizarrely, an aged white rapper preaching socialism. It’s the middle part of this three-level evolution that resonates today — gone batshit, Bulworth just tells it like it is, guilelessly insulting every race and creed in range. Prophetically enough, his scathing media appearances win him a landslide primary victory, which leads — spoiler! — to him being gunned down (by a lobbyist!). Someone already tried this at a Trump rally in June. 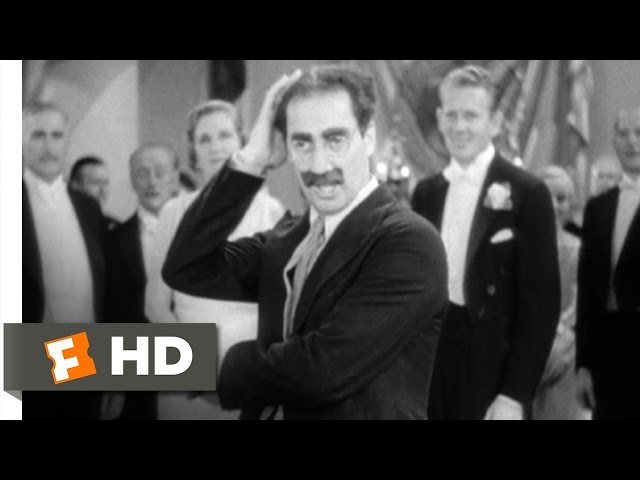 Rufus T. Firefly (Groucho Marx), an apparently clueless charlatan, is appointed dictator to the bankrupt nation of Freedonia, and after inaugurating his administration with a musical number (“If you think this country is bad off now / Just wait til I get through with it!”), does little besides crack jokes and push the nation, pointlessly, into war. He’s even a womanizer. It’s almost a Trump-presidency prophecy, except, when you think about it, Firefly would be better, if only because of his tolerance for immigrants (Chico) and the handicapped (Harpo). 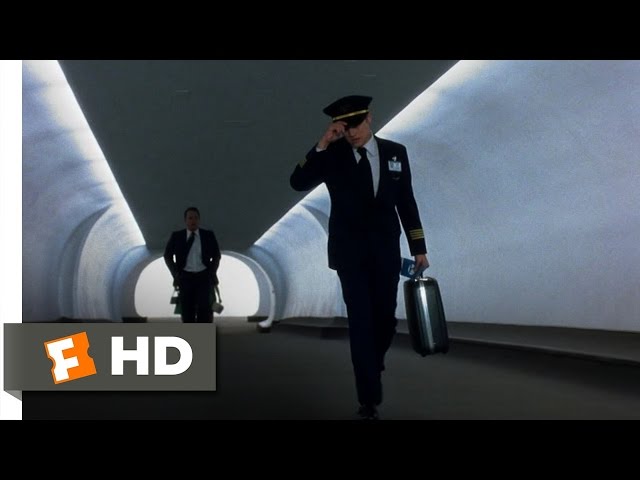 Another Hollywood con-man saga, coming from Steven Spielberg no less, and based on a true story: How one Frank Abagnale Jr. (Leonardo DiCaprio) forged and lied his way into stints as a doctor, lawyer and pilot before he even turned 20. What’s helpful here is to consider how the film takes a jaunty attitude toward what’s actually sociopathic behaviour, just as the American press scratches its smirking chin and dubs the recent eye-stinging Trumpism “objectionable to some” or whatever. Lipstick on a pig, as the old saying goes.

Trump’s resume already includes a Bo Derek movie, a spot on Sabrina the Teenage Witch, choral work on Saturday Night Live song skits, and producing beauty pageants — who’s to say he can’t be the next Ted Nugent? Or the new Toby Keith?

As the only movie we can find in which a full-on con man actually connives through low-budget campaigning to get elected to a federal seat, this forgotten Eddie Murphy comedy deserves a wave, even if it implies that all political campaigns are, to some degree, cons. Rather un-Trump-ishly, the film slides into mushy idealism (Murphy ends up trying to do good and expose corruption), because it comes from Hollywood, not the sulfurous torture pits of our current nightmares. 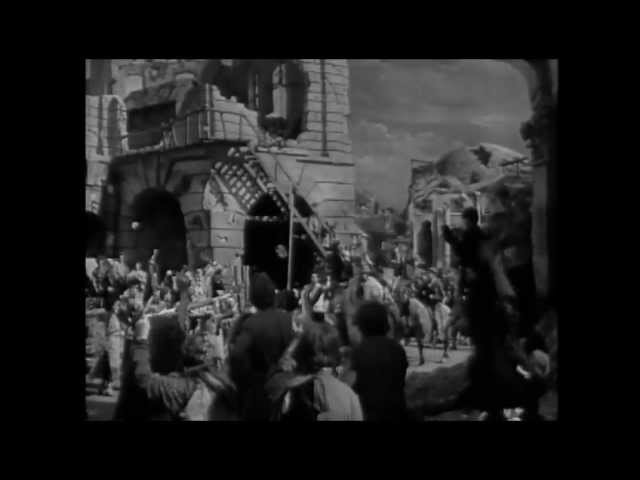 This lovely, creaky British sci-fi epic presents a 1960s Europe driven by war into disease and barbarity, until the Boss (Ralph Richardson) rises to kill all the unwanted citizens, rally what’s left of national pride, and push the desperate populace into war for sheer power’s sake. (Go directly to the #:15 mark in the trailer for a taste.) He’s a clear Trump precursor: ignorant of niceties and merciless at exploiting others’ worries. When someone smarter shows up, the Boss has him promptly arrested. It doesn’t end well for him — as in, there’s no Fox contract waiting for him after his reign ends.

There aren’t many good movies about Benito Mussolini, and this isn’t one of them. But you need to cross-index peak-career Il Duce if you’re talking Trumpness. There’s just no escaping it — look on YouTube, the two men could be cousins, with the same simian mega-smirk and excess of arm flailing. In this Italian-made movie, Rod Steiger does his Oscar-vet best at mimicking the premier Fascist, but frankly, Donald would’ve done it better. 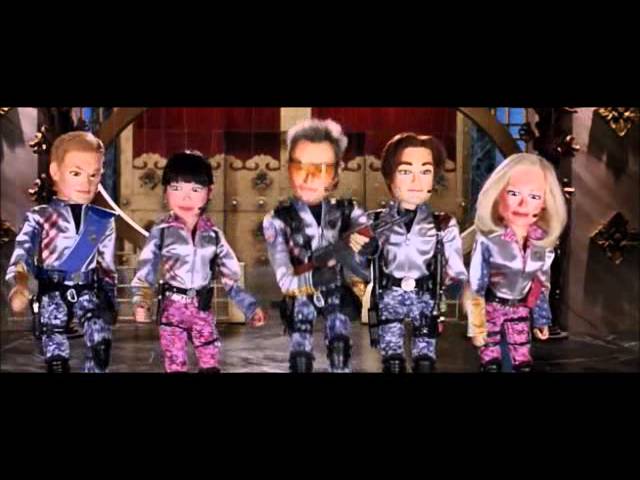 Here, finally, is a whole movie that talks like Trump — except it’s making rank, shitty fun of you, if you’re one of those Americans who kinda love balls-out martial power, kinda harbor gut-level xenophobia, kinda suspect that “durka durka!” is an accurate-as-far-as-it-matters facsimile of how Arabs speak, kinda cling to a comic-book view of the world, kinda hate outspoken liberal celebrities (“Matt Damon!”), and, of course, kinda dig militaristic blockbuster movies. If that’s not you, then the movie’s really funny. But watch it with Trump-voter eyes, and like a lot of sharp satire it becomes an anthem for the very thing it slams. America, fuck yeah! We’re surprised the marionettes haven’t been trotted out for campaign ads — for and against. 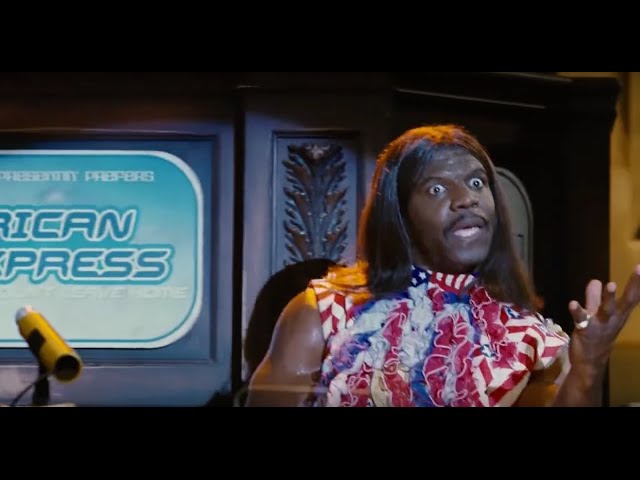 It’s easy to be afraid of Trump’s bragging, egomaniacal childishness, but it may be that the stories about his all-encompassing ignorance — about anything to do with the world — are the more chilling. This is where Mike Judge’s piece of scorched earth speaks to our reality, offering up not only a cretinous future President ( and “porn superstar”) who fires off machine guns during speeches, but the moronic future America that voted him into power. Judge’s only serious misstep was to predict that it would take 500 years for America to collapse into such a state. The fact that Judge announced in June he plans on making anti-Trump TV ads using President Dwayne Elizondo Mountain Dew Herbert Camacho, Uzi in hand, proves he was off by more than a few centuries.