Everyone’s got a favourite Gene Wilder performance: to younger viewers, he’s a fondly remembered face in childhood favorites like Willy Wonka and the Chocolate Factory; to an older filmgoers, he was a brilliantly bawdy performer who owned comedy in the Seventies. At any age, however, he was one of those impossible-to-dislike actors whose very presence had a way of lifting up a film.

Most actors consider it a privilege to land one all-time classic role over the course of their career — Wilder had more than can be counted on one hand. Below, take a look back at a selection of the late master’s finest performances, and start scheduling your Wilder-marathon mourning: 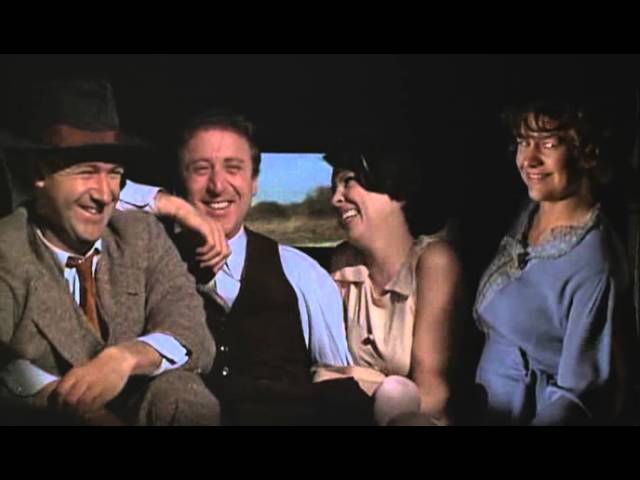 For his first big-screen performance, Wilder landed a plum role in a certified counterculture touchstone. The antihero outlaws take milquetoast Eugene Grizzard (Wilder) and his girlfriend Velma (Evans Evans) hostage, and the pair grow chummy with their captors in no time at all. Watch the moment that his lady accidentally mentions that she’s older than she had told him. He doesn’t have to say a word; the shell-shocked look on his face is more than enough. It’s a brilliant comic beat.

Wilder and costar Zero Mostel were a study in opposites as the crooked showmen in Mel Brooks’ canonised farce. As Max Bialystock, Mostel was booming and charismatic; Wilder may have played the beta-male nebbish here (that blanket!), but he earned an Academy Award nomination for his neurotic turn as accountant Leo Bloom. The pair play off of one another with a natural chemistry most duos could only dream of, and watching the initially-upstanding Bloom get more and more comfortable with their con job is a masterclass in emoting through punchlines. 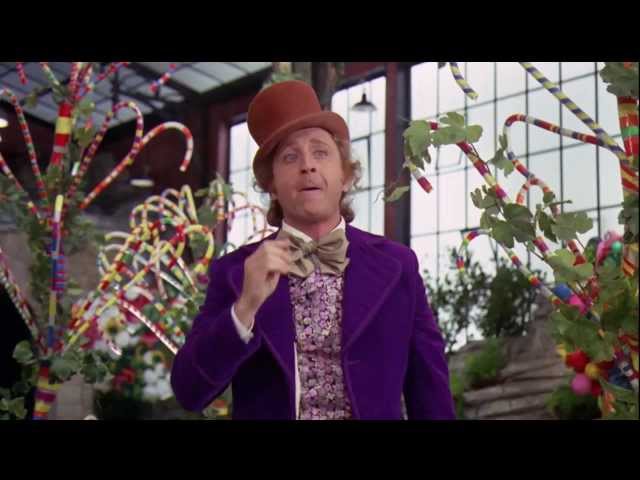 It would take more than a million-plus memes to rob this performance of its childlike mirth or merry-trickster spontaneity. Wilder’s Wonka dominates every scene of Mel Stuart’s musical fantasia, from his immortal cooing of “Pure Imagination” to that very first gag, where he fakes a bum leg until he tumbles into a perfect somersault. Wilder was quoted as saying he added the bit “because from that time on, no one will know if I’m lying or telling the truth” — thus cultivating an unpredictable vibe that turned the candy magnate into a fundamental figure of youth, like Santa Claus on a good acid trip.

Woody Allen’s collection of sex-joke sketches hits its high during a scene in which a humble Armenian shepherd comes to physician Dr. Ross (Wilder) with a confession that he’s fallen in love with his sheep. Wilder’s reaction to the bestiality reveal is a thing of beauty, his stunned expression hanging silently in the air for 25 glorious seconds before he breaks it with a whispered “Oh … god.” The kicker lands when the good doctor shacks up with the animal, but that reaction shot alone could be put in a museum. 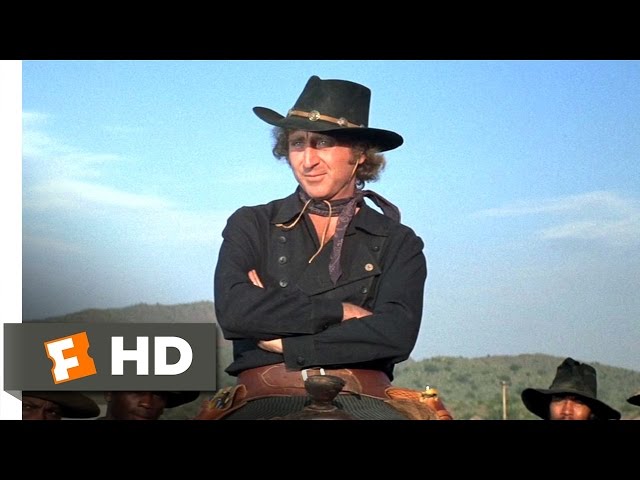 Brooks and Wilder made mince-meat out of the Western, satirizing the cockeyed racial politics of America’s own mythmaking with a comedy that was just offensive enough to be genius. As aging alcoholic gunslinger Jim, a.k.a. the Waco Kid, Wilder gave the movie the distinctly unheroic hero it needed and held on for dear life while the comedy got more and more surreal. The movie eventually busted out of the constraints of reality itself, and Wilder went right along with it, riding off into the sunset … in a limousine.

Another Brooks collaboration, another genre strip-mined for hilarity. All together now: “It’s pronounced Fron-ken-steen!” Wilder reteamed with Brooks six years after The Producers, and together they cranked out another seminal cross-genre comedy, turning their sights on horror for this send-up of yesteryear’s monster flicks. Wilder’s mad scientist is rightly remembered for the endlessly rewatchable top-hats-and-coattails “Puttin’ on the Ritz” routine with his marble-mouthed monster, but the narrative of a man embracing his family’s undeniable legacy gave Wilder the opportunity to do some true-blue acting.

Wilder made the jump to directing with this lunatic parody of Arthur Conan Doyle’s seminal detective, and drew up the inspired script himself as well. Wilder plays Sigerson Holmes, a gifted detective furiously languishing in the shadow of the far-more-famous big brother he refers to as “Sheer-luck.” To prove himself, he tackles a case not even his sibling could solve and runs afoul of Professor Moriarty a blackmailer played by frequent co-star Dom DeLuise. While not as highly esteemed as some of Wilder’s other works, the film remains an impressively assured showing from a talent first trying his hand behind the camera. (See also: Wilder’s riff on Rudolph Valentino in 1977’s The World’s Greatest Lover.)

A series of improbable misunderstandings and coincidences pair book editor George (Wilder) with career thief Grover (Richard Pryor) in this train-set murder mystery. The pair would go on to work together in three more films, but their chemistry was instantly apparent, the perfect balance of hot and cool. The scene where Wilder goes incognito by donning blackface has, shall we say, not aged especially well. But the easy back-and-forth between him and Pryor is its own sort of timeless. 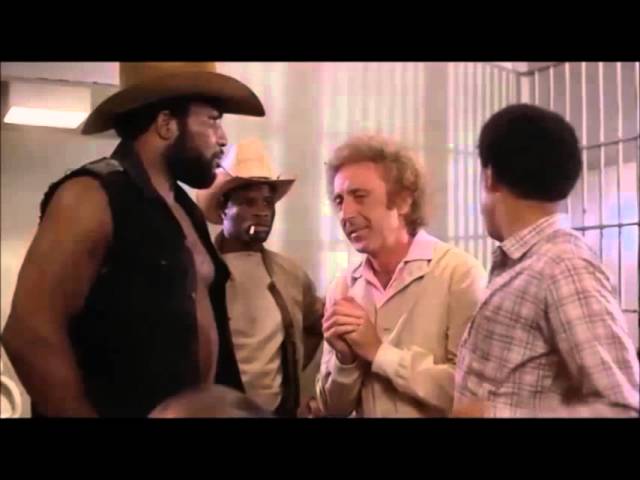 “Put Wilder and Pryor in bird costumes and frame them for robbing a bank” would be a winning formula for a movie all on its own, but that’s just the setup for this fish-out-of-water buddy-comedy. The good stuff only comes once the two men adjust to the life of a prisoner, befriending fellow inmates and getting involved in the crooked competitive rodeo that the warden stages each year. It’s no coincidence that their characters set a course for Hollywood, by the way – Wilder and Pryor played a couple of guys with dreams they’d both already realised. 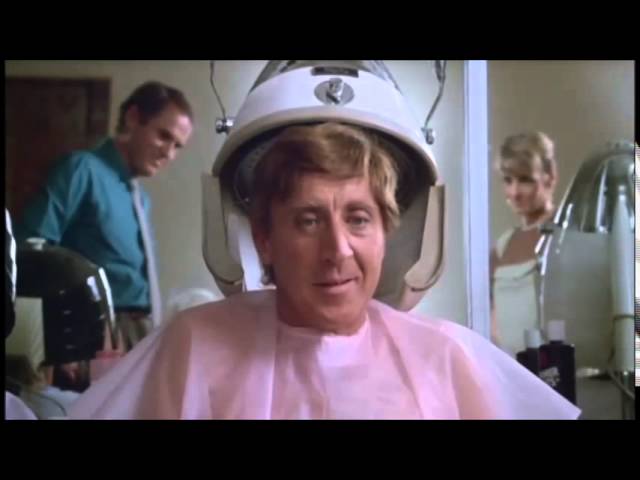 Wilder’s beloved wife, fellow actor and SNL alumna Gilda Radner, shared the screen with her spouse in this romcom that he also wrote and directed. It’s a cute inside-joke that Wilder’s character gives her the perpetual cold-shoulder while in pursuit of another woman (and all while happily married), but mixed-up romantic signals animate the entire film. Not as randy as his earlier sex farces, this film found Wilder maturing as a filmmaker, constructing his film like one long joke with the final scene as its riotous punch line.