No one who was paying attention to David Bowie’s career was surprised when he starting acting in movies. The only mystery was what took him long — and why he did it so little. As a rock star, the man born David Robert Jones spent the 1970s trying on different characters, writing and singing songs as “Ziggy Stardust” or the “Thin White Duke.” He put on unapologetically theatrical concerts, and showcased his music in trippy little short films years before MTV existed. With his soft, pleasant speaking voice, his angular face, and his faraway eyes, Bowie had a naturally magnetic screen presence.

And yet though the David Bowie filmography is, unsurprisingly, a varied one — he played everything from a decadent, centuries-old vampire to Pontius Pilate and Andy Warhol — it’s a regrettably small one, consisting mainly of a handful of leading roles and a smattering of movies where he dropped in for a few scenes and often stole the movie. Here are the highlights from the late rocker’s side gig.

Bowie had already been topping the pop charts for half a decade when director Nicolas Roeg asked him to play an alienated alien in this arty, allegorical sci-fi exercise, based on a Walter Tevis novel. It’s no stretch to call this typecasting: Like Bowie, the movie’s anti-hero is someone who looks and acts a lot like us, only savvier and suaver — as though he had access to some secret knowledge that we couldn’t understand if we tried. Though the movie features spaceships and advanced technology, to some extent it’s also a docudrama about a what it’s like to be extraordinary — and how much weaker this one-of-a-kind character becomes as he evolves into someone more human.

The triumph of The Man Who Fell to Earth was fairly short-lived for Bowie, whose next stab at big screen glory came in this somewhat shaky period melodrama from director David Hemmings. Set in between-the-wars Berlin (a city which the musician was already exploring on albums like ‘Heroes’), the movie has Bowie as an Eastern European soldier who finds work as a high-class prostitute in a German brothel. The movie looks as handsome as its star, though it doesn’t take advantage of what so charismatic and compelling about him as a performer; he comes across too often as a bland fashion-plate, which isn’t at all what his art was about.

In 1983, Bowie had his biggest hit with the album Let’s Dance, the most straightforward pop record he’d yet made. Around that same time, he also took on his most “normal” motion picture role, as a courageous, tormented POW in Japanese director Nagisa Oshima’s WWII drama. The character becomes an object of homoerotic desire for one of his captors, in a story that’s all about how the power imbalance between prisoners and jailers warps relationships that, in other circumstances, might’ve been quite tender. The bottle-blonde Bowie showed that he had the chops to be a serious movie star; of all his movies, this is the one that suggests the road not traveled the most. 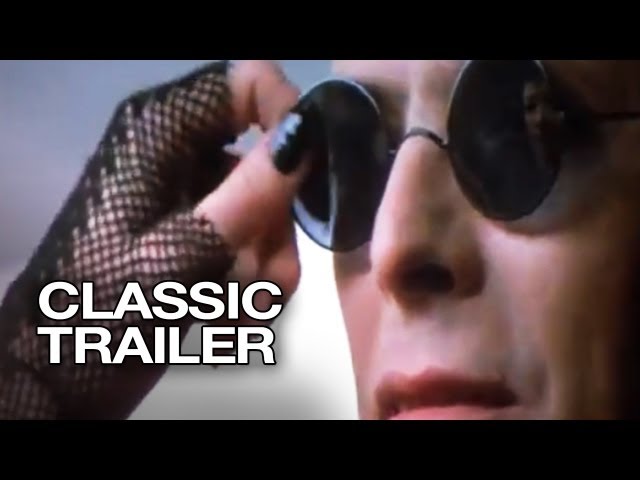 Merry Christmas, Mr. Lawrence debuted at Cannes in May of 1983, a few weeks after critics got to see a very different side of Bowie on screen, playing a vampire who inadvertently draws a too-helpful young doctor (played by Susan Sarandon) into the deadly web of his wife (Catherine Deneuve). The Hunger is really about the two women, but their unwitting matchmaker has several memorable scenes early on, embodying the desperation and despair of a monster who’s been in this world too long. The performance is almost like a continuation of The Man Who Fell to Earth‘s existential angst — rendered much, much bloodier. And that opening, in which Bowie prowls a nightclub as Bauhaus (one of many bands who owed the artist a substantial debt) warbles “Bela Lugosi’s Dead,” is an iconic cinema du goth moment.

Bowie’s only a minor player in Julien Temple’s musical about London nightlife in the 1950s, but he looms large as the publicist who tries to manipulate the movie’s young photographer hero into selling out. In addition to providing the catchy title song — and giving the producers a well-known face to put on their poster — he effectively channelled every sleazy showbiz puppet-master he ever met, taking on a character at once satirical and sneering. Plus, he dances on a giant typewriter. Yes, you read that right.

It was a collaboration between Muppets creator Jim Henson, Star Wars head man George Lucas, and Monty Python member Terry Jones — but a large number of the people who now love the film were drawn to it by Bowie’s at once creepy and compelling turn. He plays Jareth, the Goblin King who demands that a teenage girl make it through a maze to save her baby brother; he also testing the heroine because he’s in deeply love with her. What young lady or lad hasn’t imagined her- or himself consigned to live a life as David Bowie’s reluctant crush-object? 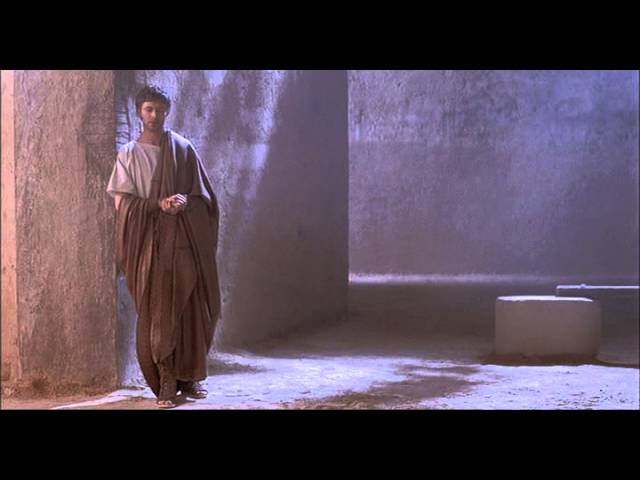 Much of Martin Scorsese’s divisive Biblical epic was designed to bring the story of Jesus’ crucifixion down to ground level. But in Bowie’s one long scene as Christ’s inquisitor, he’s like a figure from the older Hollywood versions of the Gospels: effete, aloof, and dangerous. It’s a brilliant match of performer to part, exploiting the audience’s sense of both who “Pontius Pilate” and “David Bowie” are, as a way of revealing what’s going on in the halls of power while the Messiah preaches in dirty streets. It helps that the actor plays it so nice, looking almost sympathetic as he puts the savior of mankind to death. 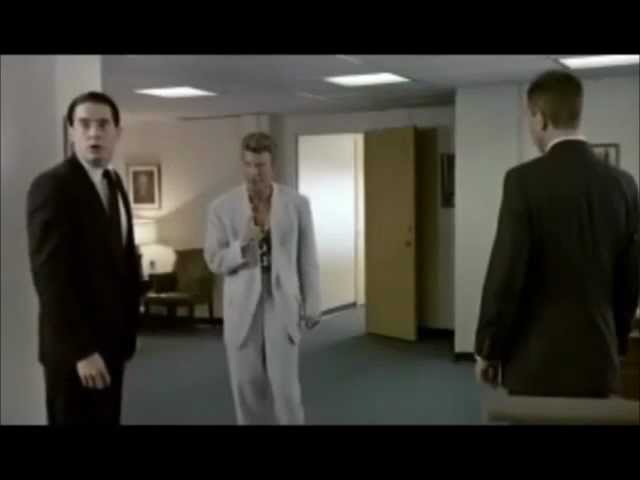 Was there ever a more natural director/star pairing than the man who sang “Life on Mars” and the man who made Eraserhead? As with Last Temptation, Bowie’s appearance in David Lynch’s big-screen Twin Peaks prequel only amounts to a few minutes. But as a haunted FBI agent — speaking in a ridiculous Southern accent — the actor is every bit as weird as fans would expect, arriving to shake up the bureau with a dark vision of the immediate future. He’s a nattily attired prophet of doom. 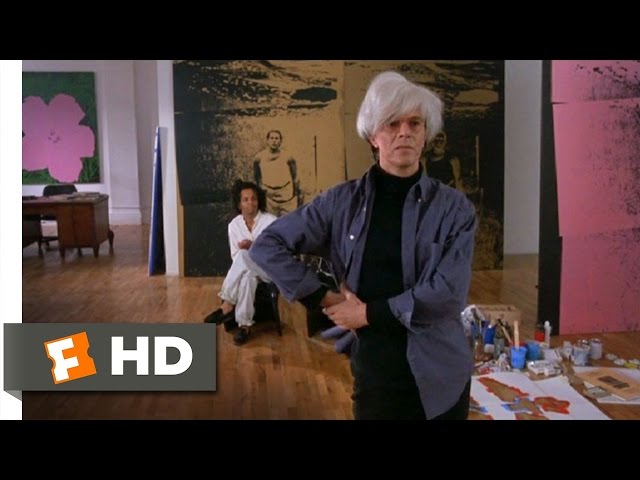 For someone whose movie roles were often so eccentric, Bowie has given some of his best screen performances as real historical figures. He’s especially sweet in this biopic on downtown-art legend Jeaa-Michel Basquiat, playing the subject’s (and Bowie’s real-life) acquaintance Andy Warhol. Other movie versions of the eccentric pop artist have portrayed him as somewhat cruel or out of touch, but here he’s fairly charming, even as the Pop-Art icon is feeding off the energy and promise of a younger painter. When he talks about the true price of art or the wonders of Pittsburgh — while drawing out his syllables and murmuring softly — Bowie’s Warhol is every bit as vital as the one he sang about on Hunky Dory. 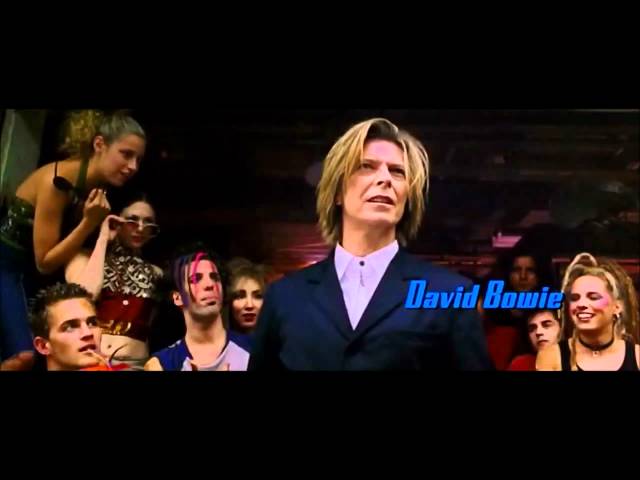 The genius of Bowie’s chameleonic approach to music, art, and film was that even when he was being “himself,” no one could ever trust that they were seeing the real David. (If nothing else, that allowed him to keep his personal and family life most out of the public eye.) But some of his best moments on screen were as David Bowie: performing his music in D.A. Pennebaker’s concert film Ziggy Stardust and the Spiders from Mars (1973) and the German drug-addiction drama Christiane F. (1981); advocating for art-rocker Scott Walker in the documentary 30th Century Man (2006): and even playing the ultimate authority on modeling in Ben Stiller’s cult comedy Zoolander. The scene in which he says, “Maybe I can help” during a runway-off and the name David Bowie flashes across the screen was enough to bring the house the down. Whenever and wherever he showed up on screen, the man was completely riveting, bringing his innate strangeness and his theatrical zeal to every moment. 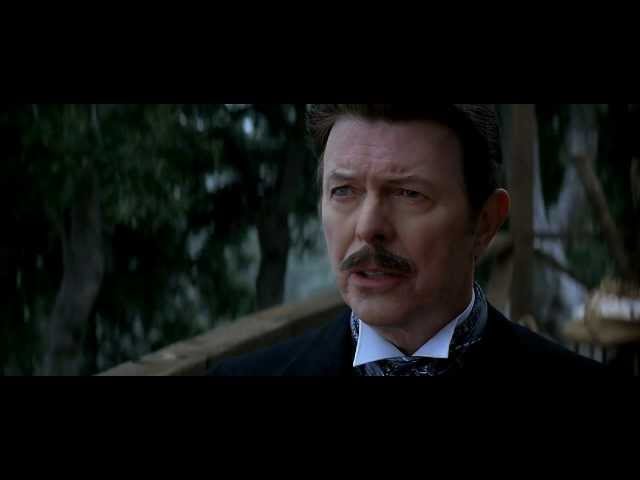 Another terrific take on a singular real-life figure: Bowie’s portrayal of Nikola Tesla is a pivotal one in Christopher Nolan’s adaptation of Christopher Priest’s magician-vs-magician novel, because it marks the moment when the movie makes the transition from pure science to actual magic. When the great electrical engineer emerges from a cloud of smoke and artificial lightning — wearing the face of a pop legend — he’s immediately convincing. No one would ever doubt that David Bowie could make a machine that could do anything.