“Sir, I’m going to be smoking here,” Ben Mendelsohn says, brandishing his cigarette carton at a fellow diner on the less-than-roomy terrace. “Just, you know, FYI.” It’s a Saturday morning, and he’s sitting out back of a neighborhood patisserie in tranquil west London, the sort of quirky-decor joint that would be rejected by Wes Anderson for being a little too Wes Anderson-ish. Anyone who’s seen the 46-year-old Australian actor on screen, where he’s portrayed assorted cads, slimeballs and psychos with unsettling intensity, would probably be more likely to tell Joe Pesci that he’s a “funny guy” than object to Mendelsohn’s nicotine habit. Still, the man could not be more considerate as he lights the first of the seemingly several thousand cigarettes that he’ll smoke over the next hour and a half.

Aussie filmgoers have known the blue-eyed, freckled star since he first garnered attention as a juvenile delinquent with an Elvis sneer in the 1987 coming-of-age movie The Year My Voice Broke.(Even then, he had a bad-boy reputation: The rumor was that he converted his Australian Film Institute award into a bong.) But it was after the down-under crime thriller Animal Kingdom (2010) made a splash at Sundance that people outside of his native country started to take notice. A string of scene-stealing, unsavory-type supporting roles soon followed: a junkie robbing a poker game in the Brad Pitt potboiler Killing Them Softly; a supervillain-courting industrialist in The Dark Knight Rises.

And then, after years of putting in impressive where-have-I-seen-that-guy-before work on the periphery, Mendelsohn found himself in the middle of a bona fide moment: an Emmy nomination for playing a black-sheep son on Netflix’s sunlit noir Bloodline; a key role in the upcoming Star Wars spin-off Rogue One; and a starring role in one of the most critically praised movie of the year,Mississippi Grind. Part shambling buddy movie, part road-trip drama and part modern retooling of Robert Altman’s Seventies cult movie California Split, this story of two gamblers — Mendelsohn’s sad-sack divorcée Gerry and the smooth talking Curtis, played by Ryan Reynolds — heading south in search of a mythic poker game proves that he’s one of the single most interesting actors working today. 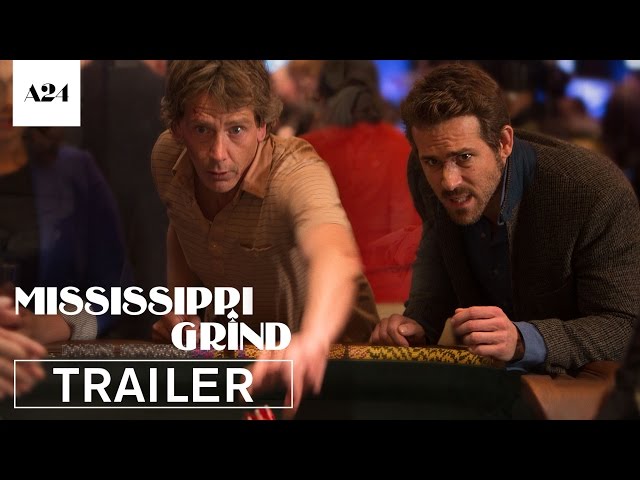 “It’s a bit of a Midnight Cowboy thing, this movie,” he says, regarding the screen chemistry between him and Reynolds. “My character’s life has turned to crap, and here comes this man who’s like a fantasy of what the gambler’s life should be. It’s like Curtis is a leprechaun to him. But I mean, it’s easy to be in awe of Ryan. The guy is lovable and he’s a proper movie star.” The two men studied with a “grinder” — a professional gambler — to get the ins and outs of days spent in workaday casinos and at low-stakes blackjack tables; Reynolds has intimated in interviews that there were numerous late nights where his notoriously committed co-star went the extra mile to soak in the highs and lows of that world. “If I’m right next to a casino,” Mendelsohn told Peter Travers earlier this year, “then yes: I’m going in.”

As for Bloodline, the actor knew that the Netflix show about a Florida-based family filled with secrets would be an interesting gig and a chance to work with a crack ensemble (Sam Shepard, Sissy Spacek, Broadway legend Norbert Leo Butz, Friday Night Lights‘ Kyle Chandler). But Mendelsohn had no idea it would become quite as “the phenomenon” it became. “I knew the basics. I knew the set-up, I knew the history,” he admits. “But absolutely none of us knew where they were gonna go, what they were gonna do, so we’d all be waiting quite eagerly for the next script. It’s not always the case that you’re thrilled to see what’s gonna happen in the next episode when you work. But they really had us.” Though he’s understandably reluctant to discuss the plot’s corkscrew twists for fear of spoiling what he calls “the ride,” he confirms it was always on the cards for his character, Danny, to return in the forthcoming second season — a surprising move that he’s eager to see play out.

Before Mendelsohn returns to the Sunshine State, however, he has to finish shooting Rogue One: A Star Wars Story in the U.K. Placed chronologically between the saga’s Episode III and IV chapters, it hits theaters a year after The Force Awakens and will complete Mendelsohn’s crossover from best-kept-secret-in-acting to fully-fledged star. His own dream for the movie is simple: “Star Wars was the best — [so] I hope we touch the hem of that garment. I was seven when I saw the original, and it was one of the biggest cinema-going experiences of my life. I had the trading cards and all that. I still remember the very rare one with Han Solo and Chewbacca.” He grins widely. “I had two of those.”

Regardless of whether out not Rogue turns him into a fanboy hero or not, Mendelsohn’s plan is to keep going after the sort of grizzled, lived-in roles that have allowed him to color outside the lines — he knows the niche he’s carved out and he’s more than happy to keep chipping away there. “I think I’m coming to a period of life where the material starts to get a bit deeper and more well-written,” he reflects, lighting one last cigarette. “Oftentimes, you know, the characters that are properly adult have been more substantially realized. Mississippi Grind, Bloodline — they’re great characters. I do think that the dice, as it were, has rolled, and I feel like a guy for whom the numbers came up very well. I would say I’m in an incredibly lucky time.”