Katherine Waterston is sprawled on the floor of her dressing room. “I hurt my back a few days ago,” she explains, slightly embarrassed. “It’s not as bad as it looks, trust me.” Waterston is backstage at the Good Morning America studios in Manhattan, having just appeared with a handful of her Alien: Covenant costars to stump for the movie on the morning-show circuit; right now, however, she’s half-prone, half-sitting on the ground, and well aware that she resembles a vulnerable tangle of limbs stuck in the middle of an advanced yoga position.

A publicist offers help, and Waterston politely declines, gingerly getting herself up on her feet on her own. Then she stands, takes a slug of coffee and arches her shoulders back, stretching and smiling broadly. Suddenly, she appears to be an Olympian, and fearsome, and possibly 19 feet tall. It becomes instantly apparent, should there have been any doubt, why someone might see the 37-year-old actor and think: We have found the 21st-century version of Ellen Ripley.

TV viewers might have remembered Waterston as the sister of Jack Huston’s scarred WWI vet on HBO’s Boardwalk Empire. Other folks would recognise her from Paul Thomas Anderson’s adaptation of Inherent Vice, where Waterston was the shiny-haired, sunburnt embodiment of California Dreamin’ circa the early 1970s. And Harry Potter fanatics know her as Porpentina “Tina” Goldstein, the cloche-hat–wearing magic cop from Fantastic Beasts and Where to Find Them. But it’s her lead role in Ridley Scott’s latest Alien movie, playing an intergalactic colonist named Daniels squaring off with angry, hungry xenomorphs, that’s likely to elevate her out of the wait-what-was-she-in-again? realm. In a blockbuster that combines gut-level thrills with cerebral chinscratching – there is much Prometheus-level philosophising, and several chicken v. egg discussions about God and man, and a scene involving android flute lessons – Waterston is Covenant‘s MVP. She’s the glue that hold everything together and the person who grounds its cosmic survivalist story. She is the next-gen action heroine you want to watch kick extraterrestrial apex predator ass.

“It was important to me that Daniels not start out as a superhero,” she says, settling in. “It wasn’t like Ridley and I talked about the character, but there was the sense that the story isn’t about her being a warrior; it’s about her becoming one. Which was part of the appeal for me – she’s just another crew member until a crisis forces her to step up. You never know who you are until you’re tested: Are you the person who will lift up a burning car and save your child, or are you the person who sees an avalanche coming and abandons your family?” She takes another sip of coffee. “Or: Are you the actor who hears ‘action hero’ and thinks ‘no way,’ or do you go, ‘I have no idea whether I can do it or not, but I need to at least see if I can?’

“I just remember thinking as I read the script,” Waterston continues, “that Daniels has got to work her way up to being this woman who can handle anything that gets thrown at her… and if I’m lucky, I’ll follow that same arc as well.” 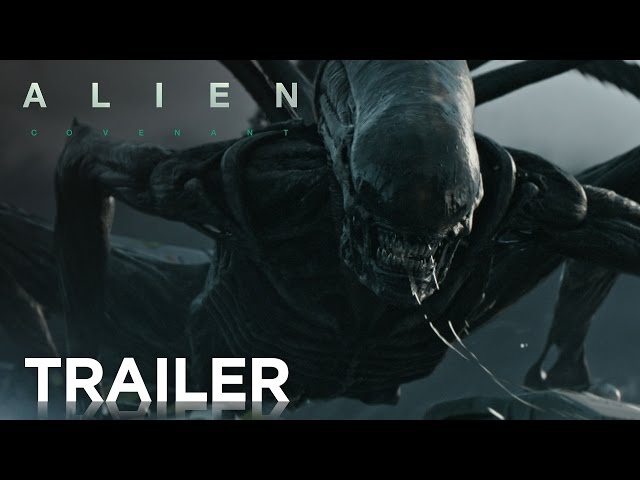 The childhood dream was not to be the next Ripley, she claims, so much as the next Sigourney Weaver. The daughter of veteran actor Sam Waterston and former Vogue model Lynn Louisa Woodruff, Katherine grew up on film sets and claims that she “can’t remember a time when I didn’t want to be an actor… though it felt like something I couldn’t do until I grew up. I mean, I knew kids could be actors – I recall seeing them on my dad’s shoots and getting jealous. ‘No, I’m more right for this part. You’re playing his daughter all wrong! Plus you’re blond! It doesn’t make any sense.’ But the idea was always, that’s my father’s world. It felt off limits somehow.”

By the time she felt ready to try pursuing a career in the arts, her siblings had already gone into the business – her sister Elisabeth and her stepbrother James are both actors – and her parents “had heard the spiel before,” Katherine says. (“I think my dad’s response was when I told him was, ‘Whoopie!'”) She began doing whatever theatre work she could find after graduating from NYU, garnering positive notices playing a self-destructive young woman stuck in the City of Angels in Julian Sheppard’s Los Angeles. The play happened to be performed in the Flea Theater, a downtown space dedicated to experimental, often outré productions; it was also founded by Jim Simpson, whose wife – Sigourney Weaver – stopped by one night to catch a performance. “She said something encouraging to me,” Waterston remembers. “It wasn’t like she grabbed my face and said, “‘My God, you are the next Meryl Streep!’ But when you’re just starting out, any sort of positive reinforcement, much less from someone you admire, means the world.”

Waterston kept getting gigs here and there, enough to be a working actor – and then Paul Thomas Anderson cast her as Shasta Fay Hepworth, the Southern California golden girl who helps set Inherent Vice‘s plot in motion, and everything changed. Sort of. “It wasn’t like people saw Vice and went, ‘Hollywood is yours now, baby! What do you want?'” she admits. “I knew the role was great, and that was sort of enough. But I look back at the jobs I got afterwards, and I realize that that movie is the reason I started getting access to certain filmmakers.” Waterston leans in, her voice dropping slightly. “That’s the big Catch-22: You can’t get in a room with certain directors until you’ve been in a room with certain directors. Thank God Paul took a chance on me, because it was a roll of the dice.” 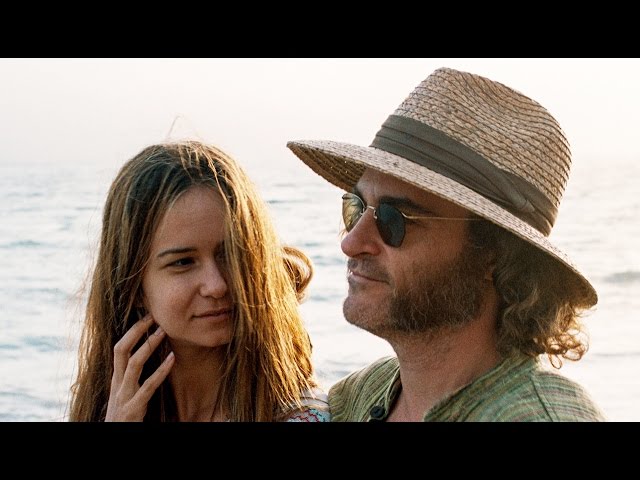 It was doing Anderson’s Thomas Pynchon adaptation, she thinks, that might have inspired Danny Boyle to give her a shot at a small part in Steve Jobs. (“I still had to audition for it… keep that in mind.”) It may have helped convince director David Yates that she would be a good addition to the Potterverse for Fantastic Beasts; she’ll be reprising her role as Goldstein when the sequel starts production later this year. And it probably played a factor in being summoned for a face-to-face with Scott, though there was no indication that he had her in mind for an Alien movie. Waterston was simply told that he’d love to meet her for… something.

“And then he started pitching himself to me,” she says, laughing loudly. “There was nothing about the part. It was just, ‘I pick people who are good at what they do. I want them to show me what they’ve got and not get in their way. And I like to work quickly, so we can get home at a decent hour and have a nice martini. How does that sound to you?’ Um… that sounds great! I’m quite aware of your resumé, sir, you don’t need to sell me on this. The word Alien was not mentioned once.”

A week passed. Waterston heard nothing. She assumed that was that. Then, while on the set of Fantastic Beasts, she got a call saying that the studio wanted to see her on tape; she quickly filmed a few scenes with Beasts’ cohort Ezra Miller and sent them off. The next thing she knew, she was being told she had the lead part in Scott’s new film set in space, where no one could hear her scream. And she had to be prepared to do a fitness test.

“Did she tell you about the running thing?” her Covenant costar Danny McBride asks. “Right, so every one of us was insecure about one thing or another going in to those tests; Katherine’s thing was that she hated how she looked running. Apparently, Paul Thomas Anderson kept telling her, ‘Hey, have you seen Daisy Ridley in The Force Awakens? Now that’s a really good run, Katherine. You could really believe she ran well.’ Just totally fucking with her. So let me go on the record.” He clears his throat. “Katherine Waterston is one of the nicest, most compassionate people I’ve ever worked with. And she screen-sprints like a champ!”

“Here’s the thing about those tests,” Waterston says, straightening up in her seat. “For Beasts, I really wanted my character to be this sort of mushy, muscleless Muppet. So I was coming right off of that, and though I knew that Daniels wasn’t a superwoman, the tests were going to determine whether or not I could do the stunts. I ended up just enduring all this physical pain so that no one would go, ‘There’s no way we can throw her off the side of a ship.’ No, guys, the whole reason I want to do this is so that I can be thrown off the side of a spaceship.” That’s Waterston performing the bulk of the wirework in Covenant‘s set piece involving her sliding around (and off of) a moving rescue vessel; she claims she’d surreptitiously do bicep curls with her heavy prop gun in between takes to prepare for the scene.

She hopes that she’s convinced audiences that her everywoman turns into the sort of person capable of negotiating extraordinary circumstances, whether that’s playing cat-and-mouse with an alpha xenomorph in a storage compartment or standing toe-to-toe with Michael Fassbender’s android-with-a-God-complex. She hopes that people get the same thrill out of this film that she got out of the original Alien, which she admires for its mix of shocks and ensemble-cast rapport. (“All of us in the cast talked about that first movie a lot” in terms of tone, she admits.) She hopes that she didn’t freak out too many friends and baristas when she found herself adopting Daniels’ swagger and gruffer voice on the weekends – the perils, she says, of “inadvertently taking a bit of my work home with me.”

And though Waterston already has a number of projects hitting theatres this year (she’s in Steven Soderbergh’s big-screen return Logan Lucky and the upcoming drama about Thomas Edison and George Westinghouse competing for an Electricity Inc. empire, The Current War) and on deck (Fantastic Beasts 2), she hopes that she gets another chance to flex those action-hero muscles. “The things I love about this business the most,” she says, standing up, “is that it is a challenge trying to prove to everyone – including yourself – that you can do something different than what people think you’re capable of. But while I was working on this, I got an email: ‘From one flamethrower to another.’ It was from Sigourney. And once I was done geeking out, I thought, a flamethrower – I like that.” Waterston stretches once again, twisting her back slightly, before taking off. She doesn’t have time to lie back down again.