A pop-culture touchstone, a nearly all-purpose metaphor and one of the most beloved sci-fi franchises of the Seventies and beyond, the Planet of the Apes films do what all good what-if fantasies should do: hold up a mirror to humanity and reflect our own conflicts, issues and failings back to us through a wildly outrageous premise. The original 1968 movie mixes satire, social commentary, action and suspense, capped by a first-rate twist at the end. (“Damn you, damn you all to hell!”)

Above it all, however, they’re great fun and, even at their weirdest, incredibly entertaining (well, maybe not Tim Burton’s 2001 remake so much). The newly rebooted saga, which began with Rise of the Planet of the Apes (2011) and continues this month with Dawn of the Planet of the Apes, has captured the spirit and thrill of the original films. The history of the series is a colorful one, and in honor of Dawn’s arrival, we’ve constructed a brief timeline of the Apes saga…with some key events from the movies’ alternate future thrown in as well.

June 1963: Pierre Boulle’s satiric novel, La Planete des singes (Monkey Planet) is published for the first time in the U.S. after coming out earlier in the year in the author’s native France. Producer Arthur P. Jacobs has already purchased the film rights before the book is published.

1965 – 1966: Serling’s script goes through several drafts and makes significant alterations to the novel as Jacobs enlists Charlton Heston to star as the astronaut Thomas (later renamed Taylor). Despite having a star, a script and concept art, Jacobs gets shown the door at every studio he brings the project to.

March 1966: Jacobs convinces 20th Century Fox chief Richard Zanuck to let him do a screen test with Heston and Edward G. Robinson as Dr. Zaius to prove that the movie can work. Although the test is a success, Zanuck still says no — until September of that year, when the grosses of another sci-fi picture, Fantastic Voyage, convince him there’s an audience for these kinds of movies. 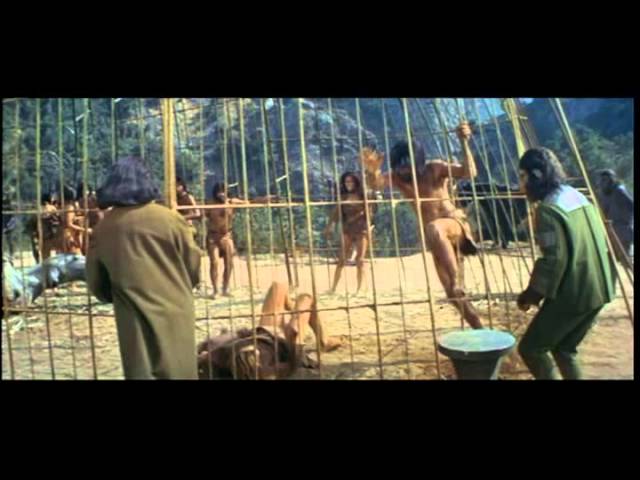 February 1968: Planet of the Apes, directed by Franklin J. Schaffner and starring Heston, Roddy McDowall as Cornelius, Kim Hunter as Zira, Maurice Evans as Zaius and Linda Harrison as Nova, opens in theaters. It is a box office smash, earning $32 million (big bucks in those days), while also being acclaimed as one of the best films of the year.

Late 1968: 20th Century Fox requests a sequel to Planet of the Apes. Scripts by Rod Serling and Pierre Boulle himself are submitted — and discarded. Eventually Jacobs hires Goldfinger co-writer Paul Dehn to fashion a screenplay for what will eventually become Beneath the Planet of the Apes.

February 1969: Production begins on Beneath. Halfway through, Zanuck is fired as head of Fox and, perhaps thinking he’ll take the studio’s new franchise down with him, suggests to director Ted Post that the movie end with Heston blowing up the world. Heston is more than happy to go along with the idea; he does not want to be dragged back for another sequel.

May 1970: Beneath the Planet of the Apes, starring James Franciscus (as astronaut Brent), Kim Hunter, Maurice Evans, James Gregory (in a role turned down by Orson Welles) and Heston is released; to everyone’s surprise, it’s also a huge hit. Critics are less enamored of its lunatic plot involving a war between the apes and telepathic human mutants that ends with Earth’s destruction. Shortly after it opens, Paul Dehn gets a telegram that reads: “Apes exist. Sequel required.”

May 1971: The third and most comedic of the original Apes movies, Escape From the Planet of the Apes has Cornelius (Roddy McDowall), Zira (Kim Hunter) and Milo (Sal Mineo) salvage Taylor’s ship and blast into space just as the Earth is destroyed at the end of Beneath, with the shock wave sending them back to our time. Cheaply made (only three actors in ape make-up) and shot in L.A., Escape does well enough at the box office — although not as well as the first two.

January 1972: Production begins on the fourth film in the series, Conquest of the Planet of the Apes. Shooting takes place in the newly constructed shopping and business complex Century City, a collection of high-rises built on the former Fox back lot that serve in the film as a city of the future.

February 1972: A spaceship containing a four-person crew led by Colonel George Taylor is launched into space. Mission control quickly loses all contact with it.

March 1972: A search-and-rescue spacecraft bearing two astronauts, including John Brent, takes off in pursuit of Taylor’s ship — and similarly vanishes.

June 1972: Conquest of the Planet of the Apes is released, directed by J. Lee Thompson (The Guns of Navarone) and starring Roddy McDowall as Caesar, the intelligent offspring of Cornelius and Zira who survived his parents’ murder in Escape. Now an adult in a totalitarian North America where apes are slaves, Caesar leads his people in a revolt against their human masters. Conquest is the only movie in the series to be rated PG (the rest were all rated G!), due to the film’s violent scenes of rebellion — which were influenced by footage of the 1965 Watts riots in Los Angeles.

April 1973: The spaceship originally piloted by Colonel Taylor returns, crashing in the ocean off the coast of Southern California. It bears three intelligent chimpanzees — Cornelius, Zira and Dr. Milo.

May 1973: A presidential commission, convened in secret, orders that Zira’s pregnancy be terminated. She and Cornelius do not survive — but ironically, their baby does.

June 1973: Billed as “the final chapter,” Battle for the Planet of the Apes arrives in theaters with Thompson again at the helm and McDowall reprising his role as Caesar. Set years after Conquest, it follows Caesar as he tries to lead a united ape and human community in the aftermath of a worldwide nuclear war. The cheapest and lowest-grossing of the films, it marks the end of the initial series.

September 1974: A Planet of the Apes TV series starring — you guessed it — Roddy McDowall as a chimp named Galen and Ron Harper and James Naughton as astronauts Virdon and Burke, set 900 years before the first film, debuts on CBS-TV. It is no competition for the combined one-two punch of Sanford & Son and Chico and the Man in the same primetime slot at NBC, and lasts just 14 episodes.

September 1975: Someone still thinks Apes belong on the small screen, so the animated series Return to the Planet of the Apes premieres on NBC and hangs around for 13 weeks. Interestingly, its technologically advanced ape society is much closer to the one originally conceived all the way back in Boulle’s novel.

February 1983: A virus brought back from space leads to the deaths of all cats and dogs on Earth.

July 1983: Distraught over the loss of their pets, humans begin adopting apes to replace them.

November 1984: A critical U.S election during a time of increased international tensions leads to a complete change in the American system of government, with the United States becoming a totalitarian state (we’re not sure if this is totally fictional, actually).

Late 1988: The first inklings of a Planet of the Apes reboot get underway at Fox. Adam Rifkin is hired to write and direct at one point before Peter Jackson and Fran Walsh — in their pre-The Lord of the Rings days — also make a pitch to revive the franchise. Neither one gets any traction.

July 1991: The child of Cornelius and Zira, now named Caesar, arrives in an unnamed city and, through a series of unfortunate events, ends up becoming the leader of an ape revolution.

January 1992: As the ape revolution spreads across the world, someone has the bright idea that nuclear weapons may stop it, so a worldwide nuclear war is launched. Caesar leads a group of humans and apes to safety in a rural area far outside the population centers.

Early 1993 – February 1995: Oliver Stone comes on board as director of a new Planet of the Apes; his idea has something to do with cryogenically frozen simians and the Bible code. Next up are director Philip Noyce and screenwriter Terry Hayes, whose Return of the Apes script follows a geneticist named Will Robinson into the ancient past, where he learns an intelligent ape civilisation has planted a secret virus into human DNA that will eventually wipe it out. Arnold Schwarzenegger signs on to play Robinson, but according to Hollywood legend, the project collapses when a studio exec insists on a scene of Arnold teaching the apes to play baseball.

October 1998: Roddy McDowall, the actor most associated with the franchise who appeared in all five original Apes films (albeit in a flashback in Beneath) and the live-action TV series, dies peacefully at home in Los Angeles. 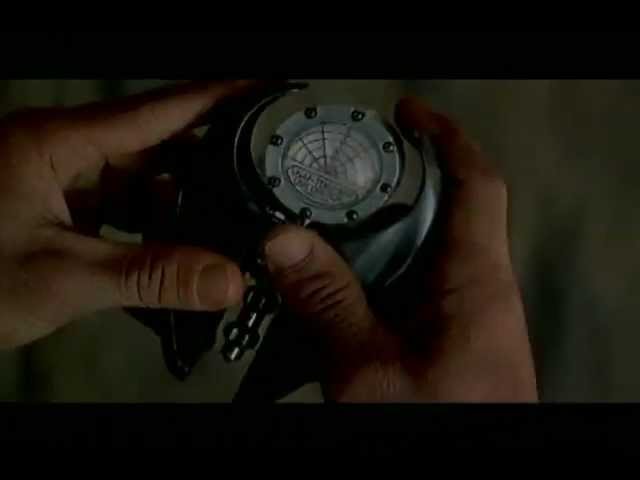 February 2000: Tim Burton is hired to direct the new version of Planet of the Apes. 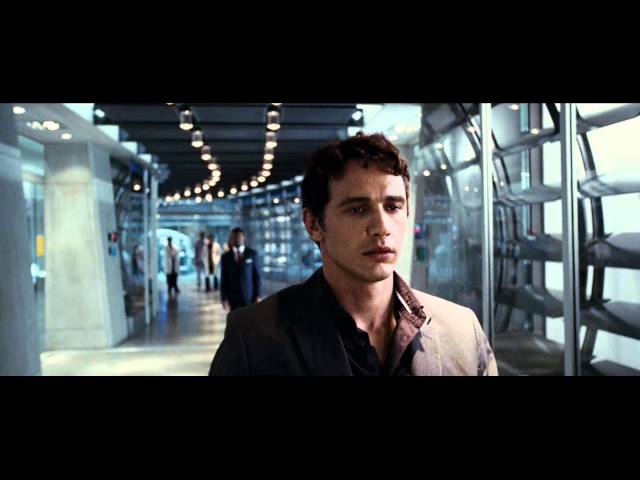 June 2011: Rise of the Planet of the Apes, written by Jaffa and Silver and directed by Rupert Wyatt, opens and is an immediate success. A loose remake of Conquest of the Planet of the Apes, it chronicles the beginnings of the ape rebellion. Andy Serkis plays Caesar in a stunning motion-capture performance that elevates the form to a new level and makes everyone forget James Franco was actually the star.

October 2012: Rupert Wyatt is replaced by Matt Reeves (Cloverfield) as the director for the next film in the series, Dawn of the Planet of the Apes.

July 2014: Dawn of the Planet of the Apes, starring Serkis as Caesar, along with Gary Oldman, Jason Clarke, Keri Russell and Toby Kebbell, arrives in theaters. Early reviews describe it as being even better than Rise.

July 2016: The third entry in the new Apes series is scheduled to come out, with Reeves once again directing and Serkis playing Caesar for a third go-round.

November 3954: Taylor’s ship crash-lands into the sea. He and his surviving crewmates are captured by gorillas.

January 3955: Taylor is put on trial by the apes, but Cornelius and Zira help him escape. In the Forbidden Zone, he discovers the ruins of the Statue of Liberty and realizes he’s been home the entire time. You maniacs! You blew it up!

February 3955: Astronaut Brent shows up and eventually discovers that Taylor has been taken prisoner by the telepathic mutants living underground in New York City. Mortally wounded in the ensuing battle between apes and mutants, Taylor basically says “fuck it” and presses the button that blows up the world, ensuring that no more Apes movies will be made. Little did he know….