Many years from now, when people talk about the movies of 2014, they’ll bring up Richard Linklater’s long-game gamble, Michael Keaton swooping back on to the screen in a big way, the soul-deadening lows of the summer’s Transformers blockbuster and the soul-nourishing highs of the awards-season biopic Selma. They’ll hum “Hooked on a Feeling” as they strike Guardians of the Galaxyposes a la Chris Pratt or sing “Everything Is Awesome” as they strike The Lego Movie poses a la Chris Pratt. But while these future film historians will probably hit all the high-profile talking points of the year in big-screen hits and misses, there’s a good chance that they’ll forget to mention the slew of often eccentric, equally worthy (and occasionally superior) smaller movies that opened in 2o14. Big up Boyhood and Birdman — but what about The Babadook?

So we’ve gathered a dozen oddball-to-obscure MVP titles from the class of 2014 that were, more often than not, criminally overlooked; these were the year’s best movies that flew under the mainstream radar, were too way-out-there to attract the audience they deserved or simply came and went before folks could catch up with them. (A gem like Jonathan Glazer’s Under the Skin is definitely oddball; the fact that it occupies a space on our film critic’s year-end Top 10 list keeps it from being completely “overlooked” and thus disqualifies its inclusion here.) Attention must be paid. These 12 films may not be for all tastes, but they’re all worth your time. 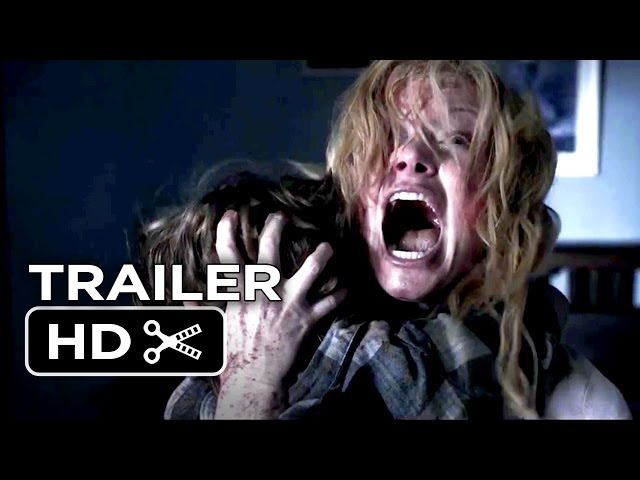 Inarguably the late-breaking sleeper hit of 2014, this Australian movie about a boy, his mom and an imaginary top-hatted, homicidal friend is slowly but surely finding fans outside of the early-adopter horror-flick crowd. It also continues to get a lot of “Wait, do you mean that baba ganoush movie people are talking about?” type of responses, so for those who are still in the dark, here’s what you need to know about Jennifer Kent’s extraordinary first feature: It’s one of the most unusual, unnerving nailbiters in recent memory. It feels like it was made by someone with at least a handful of previous movies under her belt. It says more about grief, trauma and parenting than a dozen Oscarbait flicks. William Friedkin said he’s never seen a more terrifying film, and this man directed The Exorcist. It’s an incredible work by any name, even a nonsensical one. 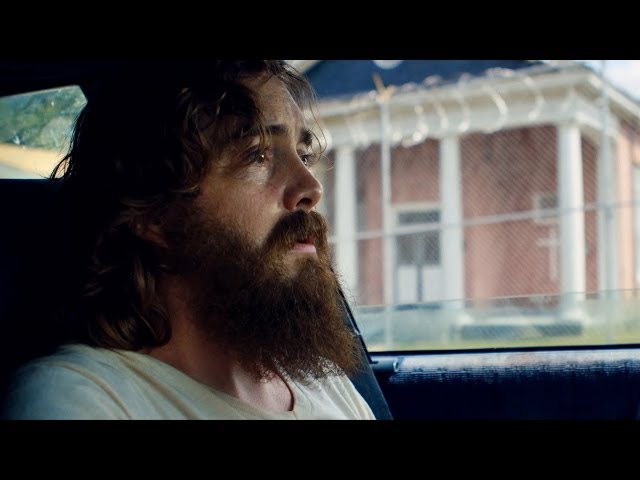 Revenge is a dish best served cold, we’ve been told, and in Jeremy Saulnier’s low-key tale, payback is doled out in partially defrosted platefuls. It takes a while before we know what why a drifter (Macon Blair) has vengeance on his mind, what he plans to do and who he plans to do it to. When violence does erupt, it’s not necessarily cathartic; it simply kicks another eye-for-an-eye cycle into gear. That’s the sly genius of this offbeat take on an age-old story, one which delivers its thrills in a moody, muted manner and somehow seems all the more powerful for it. You start questioning your own bloodlust even as you marvel at how Saulnier and Blair stick to their exploitation-flick template right to the very end. 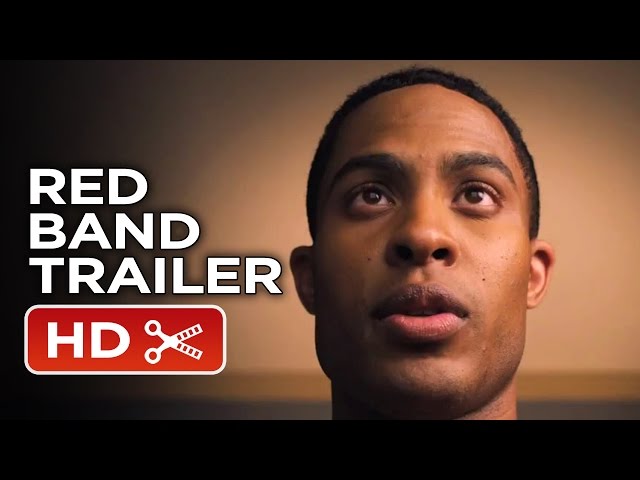 Justin Simien’s cutting satire about a racially tinged campus scandal left none of its collegiate characters unspared: identity-political militants, white-privilege twits, celebrity-culture obsessives, media muckrakers, play-it-safe authority figures and firebrands with tendency to self-immolate all got skewered. What the movie lacked in finesse it made up for in bite, and those who saw the movie at Sundance recognized that Simien belonged in the one-to-watch category. Then, as 2014 went on, reality kept dealing us some depressing reminders about our nation’s inability to deal with matters of race, and the film seemed to become more pertinent as the months went on even as the laughs started to catch in your throat. In January, Dear White People seemed like an impressive debut. By the year’s end, it felt like required viewing. 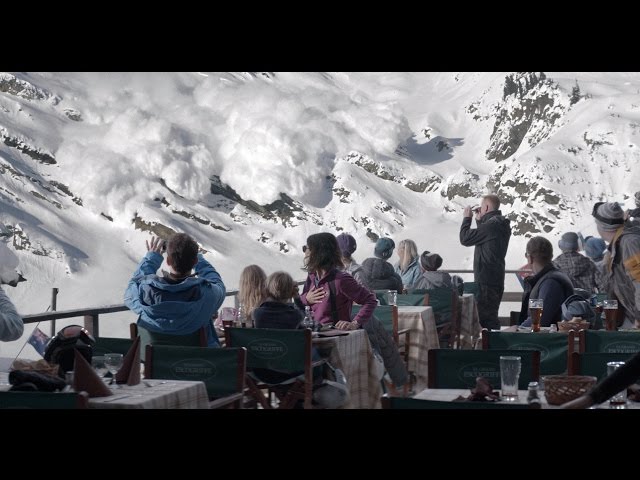 Gentlemen, a word of advice: If you find yourself eating lunch with your family at ski resort, it’s best not abandon them at the first sign of danger, even if a rapidly approaching avalanche appears to be heading right for you. Swedish filmmaker Ruben Ostlund rakes traditional concepts of masculinity over the coals, as a near-disaster — and subsequent show of when-the-chips-are-down cowardice — turns the world of a middle-class couple upside down. Art-house lovers will dig the formalistic compositions, the chilly feel-bad vibe and the deadpan cringe-comedy; everybody else will find themselves looking at their own marriages or mirror images and hoping they’d take the higher road in the same situation. It also features the greatest male crying scene ever, if you weren’t already sold. 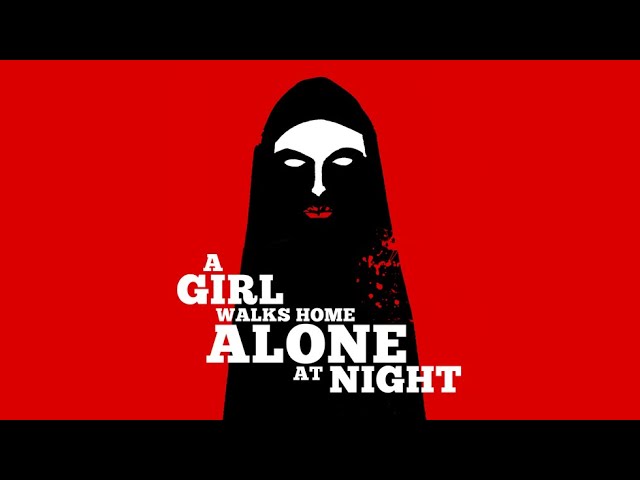 A female vampire skateboarding in a chador, a desolate town that look like a cross between Detroit and a frontier wasteland, a guy who’s a dead ringer for James Dean and drives a 1950s hot rod, an Ennio Morricone-like score mixed with Goth-pop tunes: Ana Lily Armapour’s black-and-white cinematic casserole reads like a hipster’s wet dream. What this Iranian-American filmmaker does with all these elements, however, is nothing short of a miracle, turning what could have been an exercise in stylistic excess into an eerie, bloody, romance. Yes, it’s capital-C Cool; it’s also a cross-cultural melding of Eastern influences, Western pop and girls-to-the-front sensibilities that’s sharper than a pair of fangs. 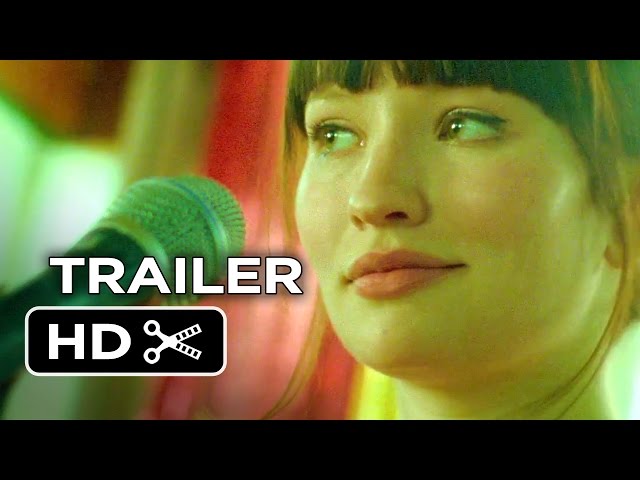 Stuart Murdoch’s years-in-the-making musical about a young woman (Emily Browning) with mental-health issues and rock-band fixations is exactly what you’d expect from the Belle and Sebastian frontman: witty, whimsical, eloquent, melancholy, infectious and intensely blissful. As Browning and her cohorts (musician Olly Alexander and Game of Thrones‘ Hannah Murray) croon and bop around Glasgow, the movie deftly melds old-school MGM singalong charm with the indie-pop sensibility of Murdoch’s day job; more importantly, it also nails what it’s like to be a teenager, when hormones are coursing through your bloodstream and the perfect song is capable of becoming a lifeline. 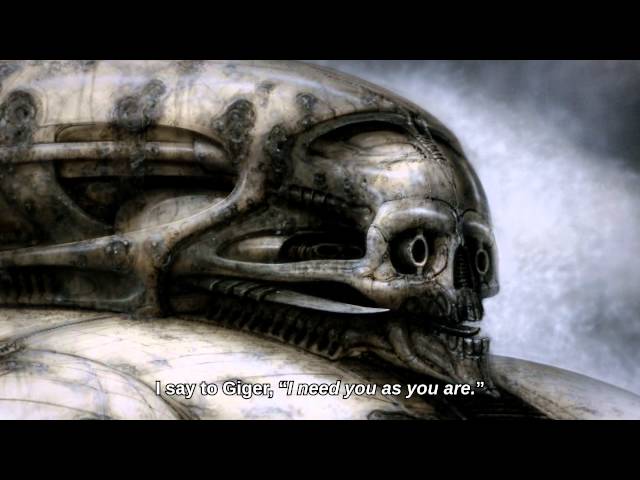 It’s been a good year for the octogenarian cult filmmaker Alejandro Jodorowsky: He released The Dance of Reality, a surreal, semi-autobiographical whatsit and his first feature in 24 years; and he saw his mind-blowing, game-changing vision for one of the greatest movies never made become the subject of one of the best documentaries of the year. Jodorowsky’s Dune shines a spotlight on the Chilean director’s doomed attempt to adapt Frank Herbert’s beloved sci-fi novel in the early Seventies, as he gathered an all-star team of crackpots and geniuses (H.R. Giger, Dan O’Bannon, Chris Foss, Salvador Dali) and reinvent genre cinema. Judging from the slew of jaw-dropping concept art shown in the doc, the movie would have been the last word on space epics; instead, the project’s seeds were scattered and a thousand flowers — from Star Wars to Alien — bloomed in its stead. 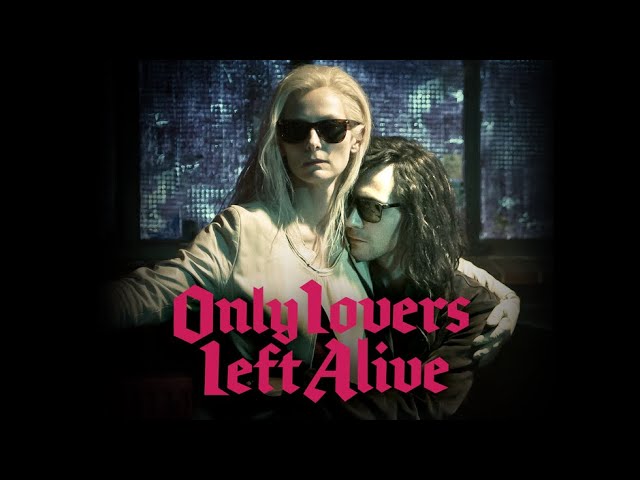 Jim Jarmusch didn’t have a lock on hipster vampires suffering from ennui and existential crises (see A Girl Walks Home Alone at Night), but the maestro of too-cool-for-film-school moodiness put his spin on the subgenre with this extraordinary tale of lovelorn bloodsuckers. Left to lounge among his collection of vintage guitars and rare vinyl, a centuries-old creature (Tom Hiddleston, never better) mopes around Detroit and pines for his soul mate (Tilda Swinton) a continent away. Cue references to Jack White’s old house and Christopher Marlowe, as well as an endless parade of sunglasses and a style that could only be referred to as undeadpan. It may also be the most romantic movie of the year, paying tribute to the notion that the centuries-old couple who feeds together stays together. 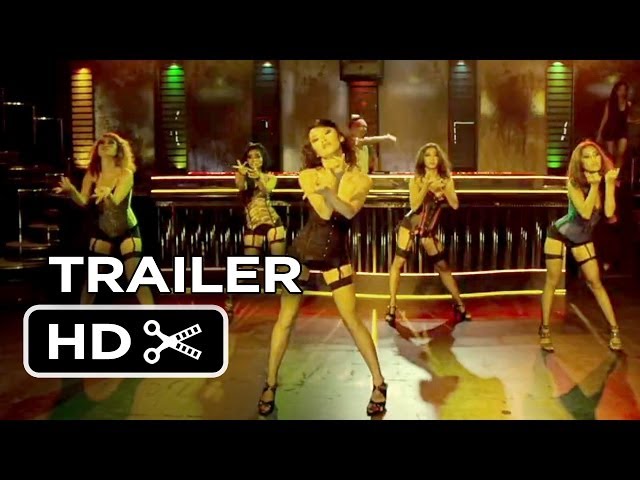 You can keep your big, bloated Hollywood blockbusters (except for Edge of Tomorrow, Doug Liman’s stellar sci-fi version of Groundhog’s Day that did everything absolutely right and somehow ended up getting the gas face from ticket buyers). We’ll take Gareth Evans’ steroidal riff on the crime thriller, in which a cop-vs-gangster story becomes an excuse for mondo set pieces involving beaucoup gunplay, car chases, mud-splattered prison riots, knife fights, and more beautifully choreographed fists-and-feet-of-fury combat than you can shake a third-degree black belt at. This is action cinema, turned up to 11. 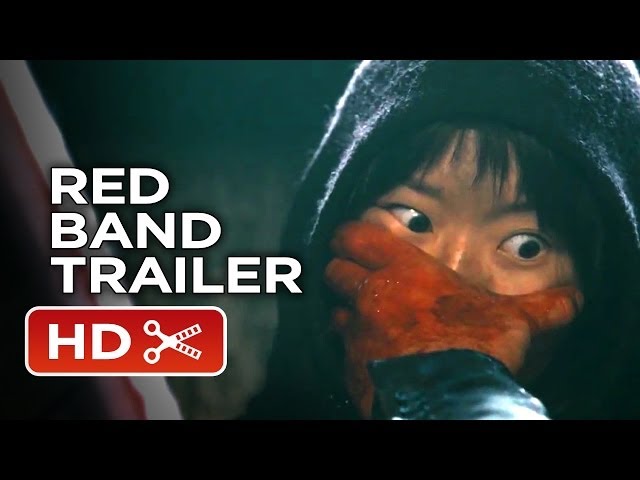 You can’t really say that a movie that garnered a lot of press over how its patron, Harvey Weinstein, tried to impose his own cuts on it and how it became a VOD success story is “overlooked,” really. But what usually got left out of those conversations was the way that South Korean director Bong Joon-ho created a postapocalyptic thriller from various spare parts and a graphic-novel source that still felt sui generis. And it certainly qualified as “oddball,” with its class-war scenario played against the backdrop of an old Supertrain episode gone off the rails and a bucktoothed Tilda Swinton yelling about shoes in a thick Northern England accent. Don’t even get us started about that showstopper involving night-vision goggles and axe-wielding gangs. It’s more than just an example of someone beating Hollywood at its own slam-bang-spectacle game; Snowpiercer is the sort of burst of fantasy-filmmaking creativity that we need more of, period. 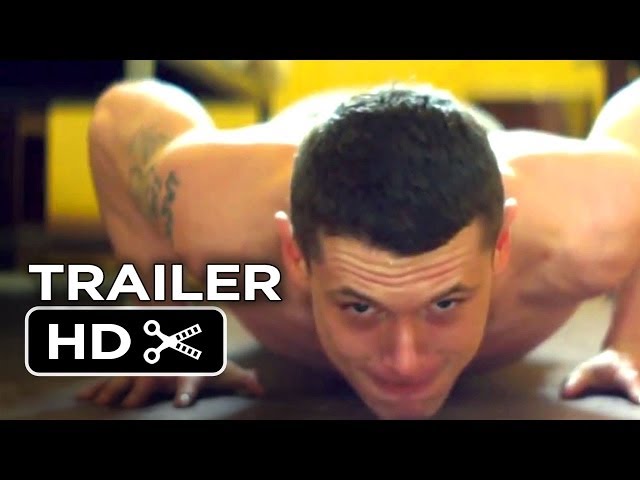 British-Irish actor Jack O’Connell will be getting a lot of ink spilled on his behalf once Unbroken hits theaters (he plays WWII prisoner of war Louis Zamperini, whose real-life story forms the basis for Angelina Jolie’s film.) But in a perfect world, it would be this brutal, little-seen prison drama that would be earning him praise from critics and crowds. The movie’s violent, volatile teenage offender Eric Love might have been just another caged animal in some other actor’s hands; O’Connell turns the convict into an emotionally damaged bruiser without downplaying how out of control the young man is. Director David Mackenzie gets great work out of the whole cast, notably Ben Mendelsohn as the kid’s incarcerated dad and Homeland‘s Rupert Friend as a counselor, but this is O’Connell’s show. It’s the sort of breakthrough performance that tells you that you’re watching a star.

We Are the Best

Three misfit kids, two chords and the truth — that’s all you need to make prepubescent punk rock dreams come true. Swedish director Lukas Moodysson turns the clock back to early Eighties Stockholm, as a trio of young women, united by their disdain for their superficial peers and mutual hatred of P.E. class, decide to start their own band. You don’t have to experienced a personal punk awakening to enjoy the pre-teenage riot these kids revel in; the film channels that early sense of anger as an energy and the joys of flipping society the bird so wonderfully that it’s like you’re right next to them, bashing away. To paraphrase another punk power trio extraordinaire, this movie could be your life.