Documentary filmmaker Brent Hodge tries to parse the infuriating complexities of Martin Shkreli, and dig into the already evil system he exploited for his own gain, in the new trailer for Pharma Bro.

The trailer offers a broad-strokes overview of Shkreli’s rise to infamy, from his decision to price gouge Daraprim, a life-saving drug for HIV and cancer patients battling parasitic infections, to his purchase of the sole copy of the Wu-Tang Clan’s album, Once Upon a Time in Shaolin (Ghostface Killah even makes a quick cameo, quipping of Shkreli, “He wouldn’t bust a grape in a fruit fight”). In an attempt to better understand what makes one of the most hated men in America tick, Hodge even literally moves into the same apartment building as Shkreli.

The end of the clip also touches on Shkreli’s eventual guilty conviction on securities fraud, although as some talking heads note, he wasn’t sent to jail for any of the acts that actually infuriated most people. That’s because, as several people point out, the rules Shkreli exploited to spike the price of Daraprim remain perfectly legal.

Pharma Bro was produced by Blumhouse Television and Hodge Films. It will arrive on digital on-demand platforms for rent or purchase on October 5th via 1091 Pictures. 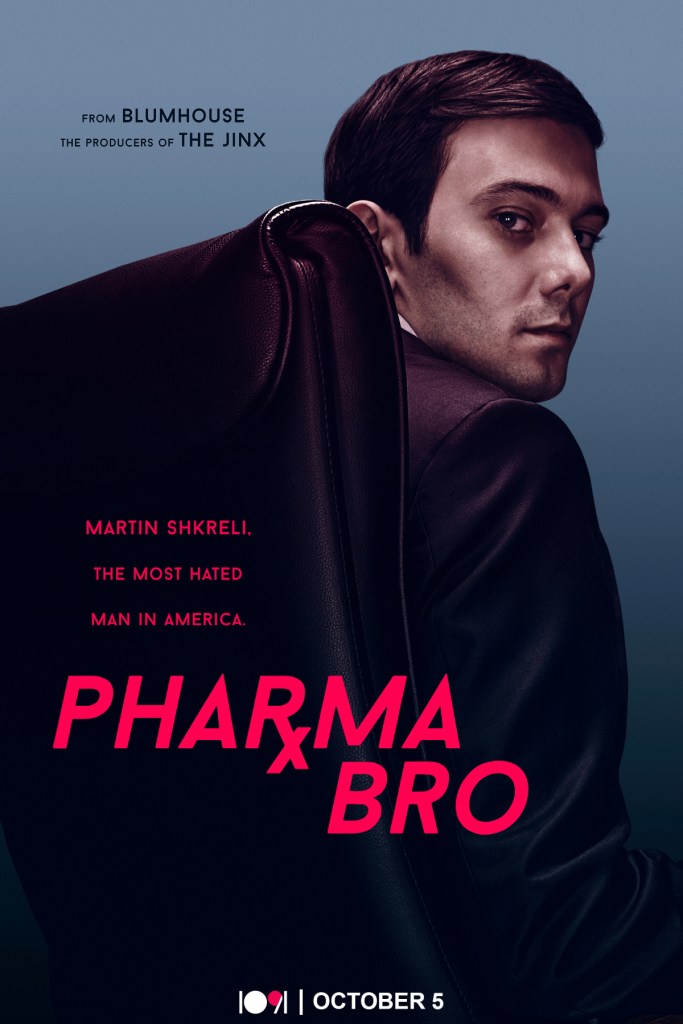