In the latest instalment of our Words of Wisdom interview series, comedian Louis C.K. talks loving (and hating) Boston, rules he lives by, and the idea of retirement.

What do you wish someone had told you about show business before you entered it?
I’m not sure anything anyone said would’ve made life easier. It’s like asking, “Do you wish somebody had told you about that scene in Poltergeist before you watched it?” [Laughs] There are a lot of moments in show business — and I’m sure in everyone else’s life — where you’re skipping along with a huge confidence, and then you step into a manhole and crack all your teeth on the pavement on the way down into the sewer. The idea of somebody telling me where all those holes were makes me sad. If I had avoided them, I don’t think I’d be as good at what I do.

What were the manholes in your career?
You know, when I made Pootie Tang, when I made Lucky Louie. But I also have a lot of wonderful memories of those.

What have you learned about yourself from being a father?
I’ve learned I have more value as a human being than I thought I did, that I can be of use to other people. That’s a very powerful thing.

What are the most important rules you live by?
Don’t try to perfect everything. When you make your choices in life, just make the choice and then make it work after. Sleep as much as possible. Don’t ever hit or kill anyone. And keep your mouth shut unless you really have to say the thing — although I don’t usually go by that one.

What was your favourite book as a kid, and what does that say about you?
I read The Catcher in the Rye in sixth grade, and it depressed the hell out of me. But I loved the way it was written. It was this young guy talking about the panic that you might be left out of life and that you’re not sure who you are. At that age you get used to feeling a little shitty. But I think it’s very healthy to consider beautifully, artistically expressed versions of your bad feelings. It helps you see there’s value to even the worst things in your life.

You’re known for having creative freedom with your projects. Why is that so important?
It isn’t about some arrogant need to not be told what to do. It’s the only way to make the show as good as possible. If you were flying an airplane and you kept asking the passengers, “How do you want me to do this?” the plane is gonna go down. Ultimately, you wanna make things that someone’s gonna find worth watching. So whether or not you have creative freedom, you have the same gun to your head, which is, “This better not stink.”

You spent much of your childhood in a Boston suburb. What’s the most Boston thing about you?
That I hate Boston [laughs]. I really do — and I love it too. I always think any situation could break out into a fight; that’s pretty Boston. I could be at a state dinner at the White House and I’d be like, “Somebody might start throwing some shit. It could get ugly.”

What’s the most indulgent purchase you ever made?
I bought a stupid fucking fancy watch. You’re supposed to look at a watch for information, but I look at this watch and I go, “Jesus, why did I do that?”

What’s the best advice you’ve ever gotten?
Chris Rock told me recently, “You have a disease, and that disease is that you can’t do nothing for one month.” I had just finished [self-released web series] Horace and Pete, and then I had something I wanted to do that was a big deal — I won’t tell you what it was — and he said to give it a month and try not to do anything drastic. So I waited, and I’m glad I waited. He was right. 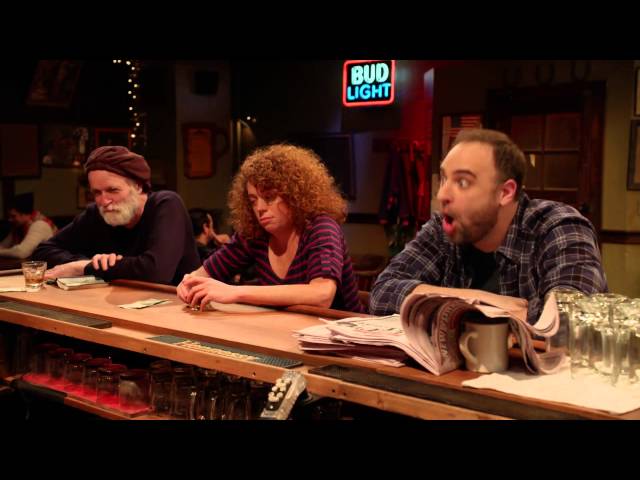 Given your feelings about the state of our culture, how do you avoid despair?
You can’t get despair from culture. You can only get it from your own shitty life. I’ve been alive for 49 years, so the things that are shitty about our culture have come and gone already a couple of times. When my kids are having a hard time, I say, “Nothing ever stays the same.” Whatever you’re going through, it’s gonna get better. It’s also gonna get worse — and then better again.

How do you make sense of the Donald Trump phenomenon?
I’m not gonna tell Americans how to feel — I think you gotta get out of the way of people’s feelings. It’s a self-cleaning system. Whenever anybody says, “The voters are stupid” — well, the voters elected Obama against a war hero and a multimillionaire, which are classic choices for the other side.

Do you think you’ll ever retire?
From being on camera, maybe, but I think I’ll always be onstage. Stand-up is the thing I really feel is what I do and who I am.

So can you see yourself onstage doing stand-up in your seventies and eighties?
To make decisions about your 78-year-old self at 49 is a stupid exercise. It’s like saying, “What am I gonna do when I’m a fish in my next life?” I don’t fucking know! I’m not that guy yet. I mean, I have days now where if I sleep weirdly and my neck hurts the next morning, I’m ready to quit everything.