After weeks of anticipation, the boxing match between Floyd Mayweather and Conor McGregor finally took place on Sunday. For the most part, “The Money Fight” lived up the hype and left viewers — who paid up to $99.95 for the pay-per-view — with a feeling of satisfaction.

McGregor (21-3 MMA, 0-1 boxing) may have succumbed to a TKO loss in Round 10, but his performance against Mayweather (50-0 boxing) surpassed the expectations of pundits who insisted he would be humiliated inside the ring by one of the best to ever put on a pair of boxing gloves.

Mayweather did his thing, showing the type of mastery in the ring only few in history can match. He got his 50th consecutive win and a nine-figure payday, then he officially retired from competition after one of the most high-profile contests in combat sports history.

Although he came back from retirement once before, Mayweather, 40, insists this one is going to stick and that he’s prepared to step aside for the next generation of professional fighters.

“I did walk away from the sport – very comfortable – I didn’t have to come back,” Mayweather declared to reporters after the fight. “We do foolish things sometimes. All of us do foolish things. But I’m not a damn fool. If I see an opportunity to make $300-$350 million in 36 minutes – Why not? I had to do it. But this is the last one. You guys have my word.

“I look forward to becoming a boxing trainer. My dad is a hell of a trainer. He taught me this sport. And everything that he taught me from day one, I still know. But I want to help other trainers make fighters better. And teach fighters about becoming a superstar not just in a ring, but on the outside.” 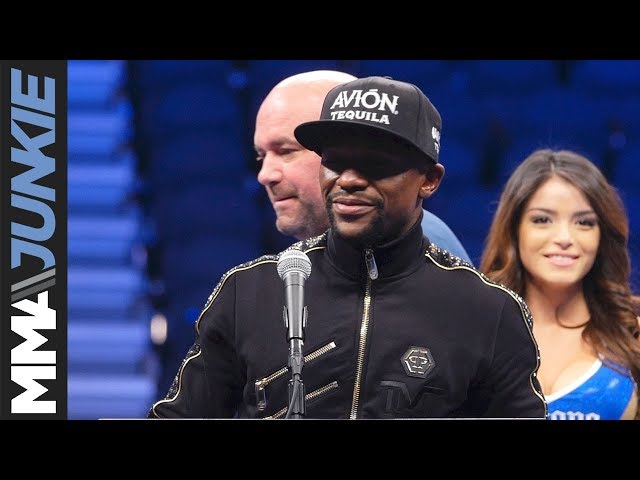 The analysis of Mayweather’s accomplishments and legacy will be a point of discussion for years to come. But in the immediate future, there’s a new face of the fight game, and although he lost, there’s no question that man is UFC Lightweight champion McGregor.

Despite his boisterous attitude pre-fight, the realists understood McGregor was outmatched in the bout. If there were ever the case for a moral victory, though, “The Notorious” unquestionably got one. He had several moments of success, but Mayweather is not the opponent to cut your teeth against and ultimately his lack of experience contributed to the result.

McGregor was already a transcendent figure prior to stepping in the ring with Mayweather. He star grew even brighter with the respectable performance, and set up a plethora of opportunities for him going forward both in both boxing and MMA.

UFC President Dana White says he has no desire to see McGregor continue to box and would prefer the Irishman return to his more natural environment of the Octagon. McGregor is at the point where he can essentially do what he wants, though, and his next fight will likely be decided by what can attract the greatest amount of interest and largest payday.

“I have many contenders in the mixed martial arts game,” he continues. “I have a trilogy bout with Nate Diaz that’s sitting there, I have options. … I love competing. I love a good fight. (Mayweather) was a damn good fight and that’s why you’re seeing me up here showing my heart. I enjoyed myself and that’s it. Long may it continue. I can’t tell you exactly what’s next, but know something will be next.” 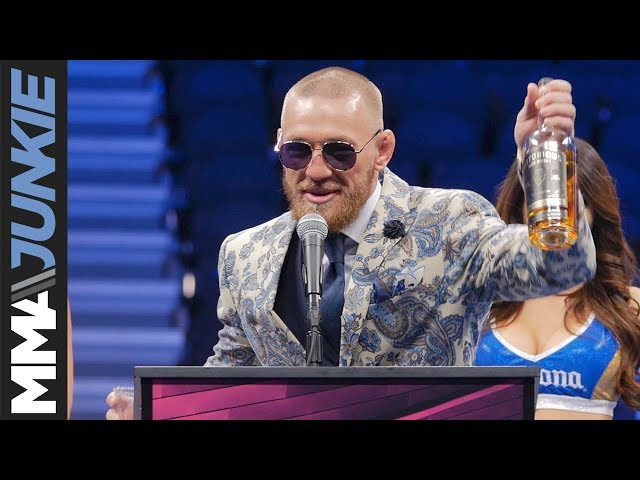 Should he return to the UFC, a third showdown with rival Nate Diaz is likely the leading candidate. The pair has fought twice before, splitting the encounters. Diaz won the first fight when he stepped in on short notice and submitted McGregor for his only UFC loss in a thrilling affair. The rematch provided a different result, with McGregor outpointing Diaz over five rounds to win a majority decision.

Just like with Mayweather, the clash of personalities between McGregor and Diaz makes magic. They are capable of captivating an audience before getting in the cage, and the potential for success with a trilogy fight – especially with a UFC championship on the line – is difficult to dismiss.

But, that doesn’t mean it’s going to happen for sure. McGregor’s manager, Audie Attar, tells Rolling Stone that while the Diaz trilogy is definitely a fight his client wants, he also sees a number of other possibilities on the horizon.

“He wants that trilogy,” Attar says. “You’ve got Khabib [Nurmagomedov] calling him out, then you obviously have Tony Ferguson and Kevin Lee who are fighting for the Interim Lightweight title [at UFC 216 in October]. You have Max Holloway, who is the 145 champ now who Conor beat after blowing out his ACL at the beginning of the fight [in August 2013]. You have options.”

One thing McGregor won’t be doing, though, according to Attar, is taking his payday from the Mayweather fight and riding off into the sunset with his bank account full.

“He loves mixed martial arts,” Attar says. “Everyone is like, ‘Oh, he’s going to retire, he made so much money.’ He’s ambitious. He’s super ambitious, and he loves to fight. He loves to compete and he’s a superb professional athlete. So there’s much more of Conor McGregor that everybody will see and we’ll see what’s next.”