Marvel announced that the first gay Captain America in the superhero’s 80-year history will be revealed in an upcoming issue.

In the limited series The United States of Captain America, Steve Rogers (the original Captain America) and other characters who donned the costume go on a road trip across the U.S. to find his stolen shield. Along the way, they encounter “everyday people from all walks of life who’ve taken up the mantle of Captain America to defend their communities,” Marvel said.

One of those everyday people is the new character Aaron Fischer, a.k.a. Captain America of the Railways, “a fearless teen who stepped up to protect fellow runaways and the unhoused.” Fischer will also become the first LGBTQ+ character in the comics’ history to carry the mantle of Captain America.

The limited series’ artist Jan Bazaldua said in a statement, “As a transgender person, I am happy to be able to present an openly gay person who admires Captain America and fights against evil to help those who are almost invisible to society. While I was drawing him, I thought, well, Cap fights against super-powerful beings and saves the world almost always, but Aaron helps those who walk alone in the street with problems that they face every day.”

“Aaron is inspired by heroes of the queer community: activists, leaders and everyday folks pushing for a better life,” writer Joshua Trujillo, who penned Fischer’s debut issue, added. “He stands for the oppressed and the forgotten. I hope his debut story resonates with readers and helps inspire the next generation of heroes.”

The first issue of The United States of Captain America, featuring Fischer, will hit shelves in June, which also marks Pride Month.

Marvel didn’t unveil its first gay character until 1992 with Northstar. In the decades that followed, more LGBTQ+ characters have appeared in the comic universe, including the X-Men hero Iceman in 2015. 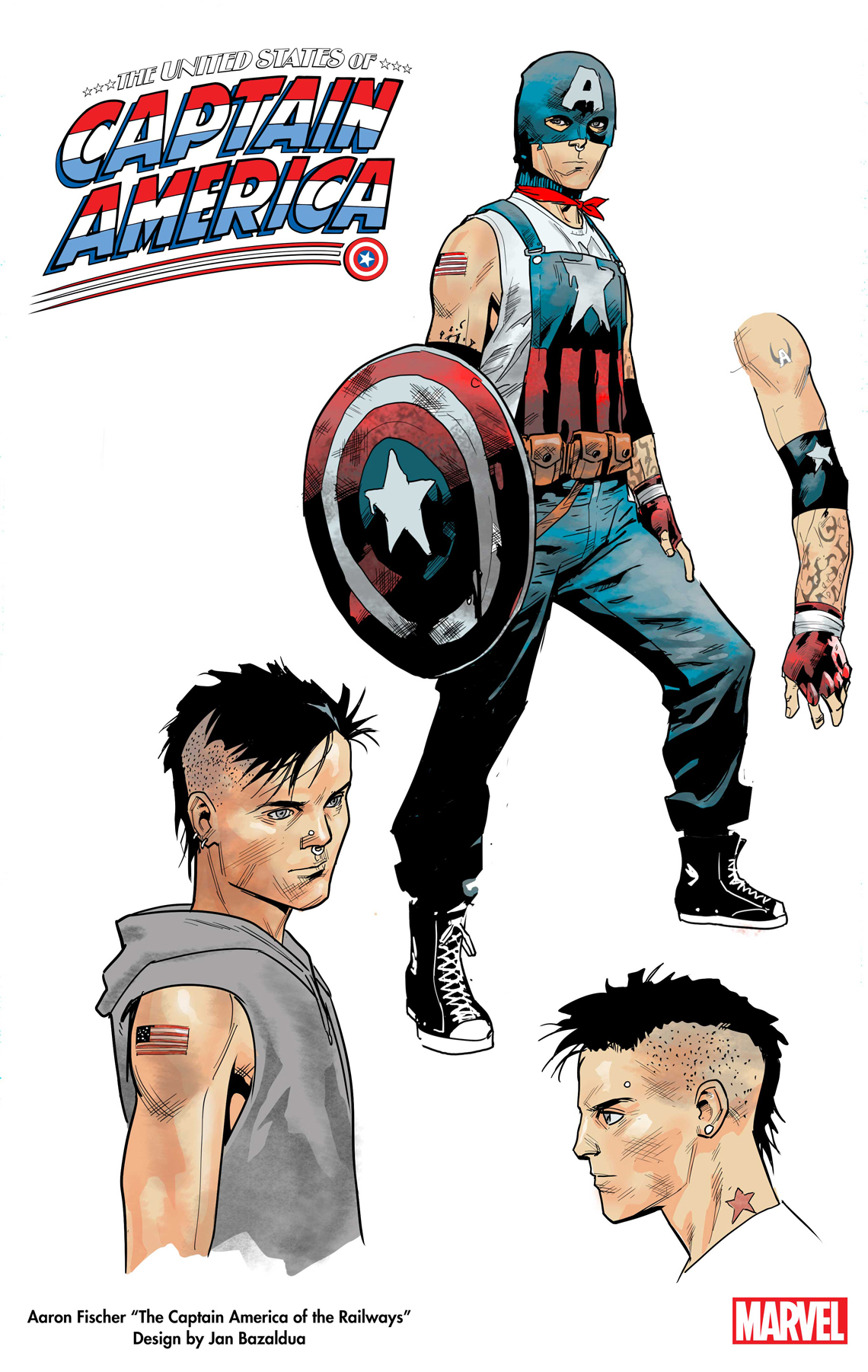