When you play the game of thrones, you learn to expect the unexpected. But even so, the previous season of Game of Thrones did something totally unprecedented in the history of HBO’s blockbuster show: It got less complicated from start to finish, not more.

Yes, we are nearing the endgame, which means a whole lot of major players got knocked off the board last year. Now the unholy trinity of King in the North Jon Snow, Queen of the Seven Kingdoms Cersei Lannister and Mother of Dragons Daenerys Targaryen are in undisputed charge of their respective realms. Meanwhile, north of the Wall, the menace of the White Walkers and their eternal winter draws ever closer. This is the real war that all these minor squabbles between rival human factions have done nothing but enable.

And if the true enemy is about to reveal itself, you won’t wanna go into battle without good intel, right? That’s where we come in. Below you’ll find a region-by-region rundown of where everyone and everything stands prior to the start of the new season on Sunday, July 14th. The royals and their retinues, the human and the superhuman, the living and the dead – you’ll find all the info you need, and then some, before winter falls for good.

The North
The King in the North! In the biggest and best political upset this side of Jeremy Corbyn, Jon Snow has transcended his bastard origins to be named monarch, just like his half-brother. Considering that he started last season as a literal dead man, this is one hell of a comeback. But after the red priestess Melisandre resurrected him, he quickly cleaned house in the Night’s Watch for whom he served as Lord Commander, presiding over the execution of the mutineers who killed him before resigning his post and handing the reins to his friend “Dolorous” Edd Tollett.

This left Lord Snow free to lead the fight to free Winterfell, his ancestral home, from the clutches of the insane Ramsay Bolton, who’d killed his own father to claim the castle for his own. The ensuing “Battle of the Bastards” came at a steep cost – casualties included Jon’s kid brother Rickon and Wun-Wun, the last surviving giant – but ended in a victory for a Northern Alliance of loyalist houses and wildling warriors. Credit his half-sister Sansa for the win, since she arranged for the knights of the mountainous Vale region, commanded by her creepy on-again off-again guardian Petyr “Littlefinger” Baelish, to join the fray on her brother’s side. Lady Stark also delivered the coup de grace against her ersatz husband Ramsay, feeding him to his own hunting dogs.

This leaves Jon in control of one of the largest forces remaining in Westeros, but also one of the most rag-tag. His motley crew includes the semi-barbaric wildlings, led by towering ginger Tormund Giantsbane; the nobles traditionally loyal to House Stark, most notably the unflappable elementary-school-age ruler of Bear Island, Lyanna Mormont; and the Lords of the Vale, headed by surly, burly Bronze Yohn Royce. He has the support of his sister Sansa too, for now at least; Littlefinger is already at work sowing discord between the siblings.

But he can no longer count on Melisandre’s magic: King Snow exiled the Red Woman on behalf of his loyal advisor Ser Davos Seaworth, who discovered her role in burning their former lord Stannis Baratheon’s young daughter at the stake. Nor will he have Samwell Tarly to count on: He sent his best friend, Sam’s wildling girlfriend Gilly and their baby south to the Citadel of Oldtown, where the brave and bookish Night’s Watchmen will study to become a maester. Our hunch, however, is that this will be no quiet scholar’s life: The would-be scholar swiped his asshole father Randyll’s Valyrian steel sword – one of the only weapons that can kill a White Walker – on the way to school, and it’s been more or less confirmed that a highly unorthodox teacher played by veteran actor Jim Broadbent will take charge of his tutelage. 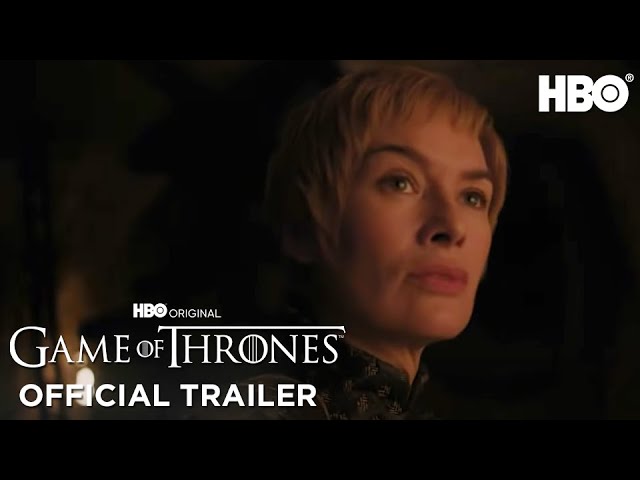 Back at the Wall, Lord Commander Dolorous Edd (sorry, but that name – LOL) holds sway over a greatly diminished Night’s Watch. But the mighty fortification’s greatest defender may well be Jon’s half-brother Bran. Trained to use his psychic powers by the aged sorcerer known as the Three-Eyed Raven, the young Stark narrowly escaped the demonic White Walkers and their zombie thralls, led by his nemesis the Night King; the attack claimed the lives of his mentor, his direwolf and, most tragically, his mentally disabled guardian Hodor, who incurred his disability as a teenager via the time-traveling presence of Bran himself. Their friend Meera Reed‘s command to “hold the door” against the undead onslaught got embedded so deep in the poor kid’s brain that a shortened version, “ho-dor,” became the only word he was capable of saying.

Now Bran and Meera are headed back to the Wall to make their stand. They’re accompanied by his uncle Benjen Stark, a Night’s Watchman who went missing way back in Season One; now he’s undead too, but the good kind of undead, revived by the now-extinct Children of the Forest. Together they carry hope for humanity – and the secret, learned via time travel once again, that Jon Snow is actually the secret son of the late Lyanna Stark and the slain heir to the Iron Throne Rhaegar Targaryen. The King in the North indeed.

The Riverlands
If any wild cards are gonna be played this season, they’ll be drawn from this central region’s deck. Here you’ll find Arya, the deadliest of all the Stark siblings. After learning the ways of the magical assassins called the Faceless Men in the watery city of Braavos, she decided their gun-for-hire ways were not for her after all. Killing her rival the Waif, she departed the city with the apparent blessing of her mentor Jaqen H’ghar and returned to the Seven Kingdoms. There, using her mystical mastery of disguise, she infiltrated the stronghold of Walder Frey, the grizzled old lord who orchestrated the infamous Red Wedding. First she killed his kids and fed them to him in a pie (apparently revenge is a dish best served at any temperature). Then she slit his throat. No great loss.

Arya’s former compadre Sandor “The Hound” Clegane is wandering the region as well. After the young Stark left him for dead, he recovered and joined a religious community that was subsequently slaughtered by rogue agents of the Brotherhood, the guerilla band led by one-eyed Beric Dondarrion and Thoros of Myr, the Red Priest who’s raised him from the dead multiple times. The Hound tracked down his friends’ killers and helped hang them for their crimes before agreeing to join his former enemies in the Brotherhood in the battle to come.

Also loose in this war-torn region is the woman who took the Hound down, Brienne of Tarth. Sworn to the service of Sansa Stark, the Maid of Tarth and her squire Podrick Payne were sent south on a fruitless quest for aid from Sansa’s great-uncle Brynden “The Blackfish” Tully. This tough old fighter escaped the Red Wedding to command the few remaining forces loyal to the late Robb Stark at his ancestral home of Riverrun. By the time Brienne arrived there, her semi-soulmate Jaime Lannister had already arrived to put an end to the citadel’s siege, using Brynden’s captive nephew Edmure (the Red Wedding’s actual groom) to broker the surrender. The Blackfish fell in battle, leaving the warrior woman and her young sidekick to sail away, waving a forlorn goodbye to the Kingslayer as he watched them leave.

Finally, there’s the real joker in the pack: Euron Greyjoy. Off the Riverlands’ western coast lie the Iron Islands, ruled until last season by the self-styled King Balon. Without warning, his young pirate brother reappeared, assassinating the crusty old monarch amid portentous pronouncements like “I am the storm.” The newcomer won the so-called Salt Throne at a “kingsmoot” formed to select a new ruler, then promptly declared war on his recently reunited niece and nephew, Yara and Theon. The young’uns escaped their elder’s clutches, but that just leaves his newly built fleet free to strike pretty much anyplace they please. His status as the new season’s Big Bad is an open secret.

King’s Landing
In the capital of the Seven Kingdoms, Cersei Lannister is the only name that matters. She emerged from Season Six as the undisputed ruler of the realm’s power centre; all it took was triggering an apocalyptic explosion of green-tinted wildfire. The mayhem that ensued took out the fanatical religious leader the High Sparrow, her rival Queen Margaery, Marge’s persecuted brother Loras, their father Mace, her stern uncle and Hand of the King Kevan Lannister and her traitorous cousin Lancel Lannister in one fell swoop. The ensuing suicide of her son King Tommen was a tragedy, to be sure. But it led to Cersei claiming the Iron Throne for her own at last. Now she’s counting on her brother/lover Jaime, her black-magician consigliere Qyburn and her undead bodyguard Gregor “The Mountain” Clegane, aka “Ser Robert Strong,” to help her maintain control.

The East
Here’s where shit gets real. After a half dozen seasons of anticipation, Daenerys Targaryen is on the move westward to take the Seven Kingdoms by storm. That’s a long way from where she started at the beginning of last year’s batch of episodes: alone and desperate, a prisoner of the horselords and even abandoned by the dragon who rescued her from the insurgency in Meereen. But thanks to her fireproof powers, she torched every single Khal that stood against her and emerged as the undisputed leader of the Dothraki before returning to complete the liberation of Slaver’s Bay.

Now she’s sailing toward Westeros with an alliance that puts Jon Snow’s collective to shame. There’s her three dragons, Drogon, Viserion and Rhaegal – the latter two recently freed from the captivity she herself placed them in. There’s her massive khalasar of horse-riding warriors and their ground-troop equals the Unsullied, led by her captain Grey Worm. She has three Westerosi fleets backing her up: the ships of House Greyjoy, captained by Yara and Theon; those of House Tyrell, commanded by the so-called Queen of Thorns Lady Olenna; and those of Dorne, led by Ellaria Sand and her three warrior daughters, the unholy trinity known as the Sand Snakes.

Dany’s kept two key allies out of her quest, mind you. Her lover, the sellsword captain Daario Naharis, has been left behind to keep the peace in Meereen (and to clear the decks for advantageous marriage prospects in Westeros). And her exiled advisor, the lovesick Ser Jorah Mormont, who’s been sent on his way to find a cure for greyscale, the disease he contracted while sailing back to Meereen to seek her favour.

But the Mother of Dragons’ council is impressive nonetheless. In addition to her various admirals and warlords, she can count on her translator and right-hand woman Missandei; the eunuch spymaster Lord Varys; and of course Tyrion Lannister, the most cunning – and most wanted – man in Westeros. The hour of the Imp is at hand.