“A crazy season gets even better.”

It was sentence joyously uttered by commentating legend, Bruce McAveney, after what was the most dramatic victory of the 2017 AFL season. The Sydney Swans had just escaped a 19-point deficit with three minutes remaining, to see Gary Rohan kick a goal after the siren, and send a team that had begun the season by losing its first six games, climb their way into the top eight.

It was also emblematic of just how chaotic and unpredictable this season of AFL really was, and that nothing – absolutely nothing – was a safe bet, as tipsters across the nation went bald tearing their hair out at the roots. Lowly ranked wooden spoon chasers toppled top of the table giants. A shocking amount of games were decided by less than a goal. Several draws drew thrilling, yet exhausting conclusions. The top eight wasn’t finalised until the very last week, when Melbourne – who looked destined to finally climb out of one of the biggest holes in their history as a club, we’re heartbreakingly pipped at the post by percentage.

There were ugly moments too. The deliberate out of bounds rule was widely regarded as a joke at the start of the season, with free kicks being doled out left and right to the sheer amazement of the crowds at the games and watching from their lounge rooms. Bashar Houli and Tomas Bugg were rubbed out with several weeks of suspension after horrifically violent on field incidents. The concussion rule introduced a new level of player safety, but it has also pushed the game to readdress how it teaches the fundamentals of tackling.

However, those negatives were far outweighed by the positives. Dustin Martin elevated himself to a whole new level of player and was rewarded with mega contract (and quite possibly a Brownlow). A 30-year-old Buddy Franklin showed us he was just as in form, in touch and as great at kicking goals on the run as a 23-year-old Buddy Franklin. Eddie Betts continues to defy the laws of gravity, motion, space and time with his goal kicking efforts. And although he’s ineligible to win the Brownlow, Patrick Dangerfield will still be widely recognised as the best player in the competition.

It was also a season of football where we will say goodbye to a generation of greats. Johnson, Riewoldt, Hodge (maybe), Murphy, Watson, Lonergan, Mitchell, Kelly, Priddis, Gibson, Boyd and Thompson. It’s a remarkable class of some of the all-time greatest players to ever strap on boots, and some of greatest individual representatives the game will see.

Now though, after the controversial bye week, we enter the finals and much like the season that preceded it, little to nothing is a certainty. Here is a breakdown of how the teams remaining at the end of the craziest season ever are likely to fare.

Adelaide Crows
They deserved to finish top of the table, but a loss to Sydney and West Coast in the final rounds of the season has raised more than a few eyebrows as to whether the most consistent team of the home and away season have the legs, or the spirit, to go all the way to take the flag. They have an absolute arsenal of weaponry – Walker, Sloane, Betts, McGovern – that’s a battalion and a half. But they’ve lost at home and they’ve lost on the road and they’ve drawn with Collingwood in the final five rounds. They’re not unbeatable, but they’re very hard to beat.

Geelong Cats
After being thumped at home by Sydney towards the end of the season, they’ve turned themselves around and finished the season strong with three solid wins. They were at their best playing the likes of GWS, but they’ve shown weakness against other top eight sides. They’ll get a boost from the bye round with several players affected by niggling injuries, and after that regeneration of health, the flag could very well be theirs for the taking.

Richmond Tigers
They’re finally a top four finisher but it would be hard to argue that they’re likely to beat another member of that top four tier. They’ve been cocky throughout the season and it’s come back to bite them. If it weren’t for Dustin Martin they could have had a very different final result to the year, but a player like Dusty can turn a game on its head. He’s the X Factor that will bring them close. If the rest can rise to his level, the flag could return to Tiger Land. 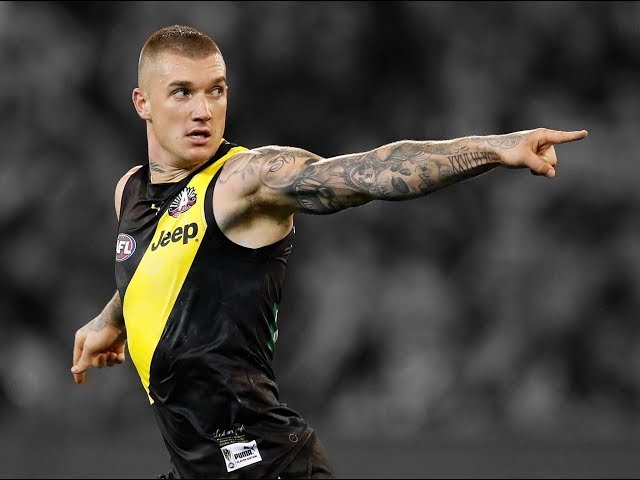 GWS Giants
One of the more remarkable stories of the year, GWS were decimated by injuries for a huge portion of the season, and yet their elite athleticism, youth, and structure has not only kept them in it but kept them close to the top of the table for the majority. Josh Kelly owns shares in Sherrin this season, and his team mates like Dylan Shiel and Toby Greene have cemented their names as legitimate superstars, whatever the Victorian clubs / fans whinge about. However, those injuries have been long and hard to deal with throughout the season. Whether there’s any gas left in the tank remains to be seen.

Port Adelaide Power
Time to be brutal. Port Adelaide are pretenders. They haven’t looked like a top five team all year and they’ve scraped through off the back of timing and injuries to other teams. That’s not to say the likes of Robbie and Sam Gray, Paddy Rider or their captain Travis Boak haven’t fought and pushed and pumped their team to a sensational position to finish the year. But win a premiership? I don’t see it happening and I think most will agree. Especially Adelaide fans.

Sydney Swans
Can they write their own fairy-tale? No team has gone 0-6 to make the finals. No team has gone 0-6 and make the finals, and also be the favourites to win the flag. Since the most dismal start to the season of any team, the Swans have gone on to be almost unstoppable. In fact, if it weren’t for Hawthorn, they would have been. They’ve beaten Adelaide at home. They’ve flogged Geelong at the Cattery. They’ve come from behind and surprised Richmond at the G. They’ve pushed over GWS on their own turf and reminded them who the premier team in Sydney is. It will take breaking some Grand Final hoodoo and probably some Buddy Franklin magic, but there’s definitely a sense in the air that the Swans could be marching from the lowest of lows to the highest of highs. 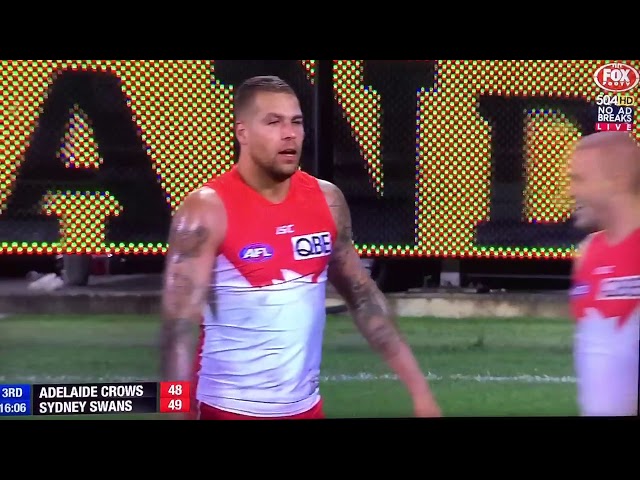 Essendon Bombers
Another remarkable turnaround for a team that last year were struggling to field a competitive side. The drugs saga surrounding the club has been a brutal, ongoing environment for these men to have performed so well under pressure in. They’ve served their club well, and their retiring great in Jobe Watson will be looking to go out on a high. Joe Daniher proved himself to be more than just part of a legacy this season, while Zach Merrett has shown himself to be one of the game’s elite. But do they have what it takes to earn a flag as well as some level of redemption? It seems unlikely – especially when they meet Sydney in the first round.

West Coast Eagles
One of the most criticised teams in the competition all year, the experts have been looking to take down the Eagles and the way they play a notch or three all year. They scraped into the finals on percentage, and the Melbourne faithful are unlikely to show them a warm reception at this end of the season. Can eight go to one for a second time in a row? It seems very, very unlikely. Then again, nothing’s impossible in the season that has been 2017.