From the first moments of I Am Cait, E!’s new, hotly anticipated reality series documenting the life and times of former Olympiad Caitlyn Jenner, it’s clear that this isn’t going to be another drama-filled sequel to Keeping Up With the Kardashians. The premiere episode opens with Jenner awake in her bedroom at 4:30 a.m., anxiously talking into a camera about the responsibility she feels as one of the world’s most famous transgender women. “I just hope I get it right,” she says tearfully.

This new series is just one of several ways that Jenner has used her visibility since her transition to call attention to the many issues faced by transgender men and women. In her speech accepting the Arthur Ashe Courage Award at the ESPY Awards earlier this year, she explained that “with attention comes responsibility,” and that her position means she must “tell my story the right way, to keep learning, to…reshape the landscape of how trans issues are viewed, how trans people are treated.” (Recall that Jenner also gave motivational speeches after winning the Olympic gold medal in 1976 — her desire to use her platform for good is nothing new.) I Am Cait is meant to be one part of that plan, and it mostly succeeds, treating trans issues sensitively and calling on experts and other trans activists to share their knowledge. The emotional impact of the show is less from gawking at the antics of a reality star and more from learning, for example, how high the suicide and murder rate is for the trans community.

But you can’t have a reality show starring a member of the extended Kardashian-Jenner clan without some funny moments. Here are 10 of the most illuminating takeaways from I Am Cait’s premiere episode.

1. Jenner’s style is still evolving.
Much has been said about Jenner’s style since she appeared on the cover of Vanity Fair, to the point where she acknowledged the shock of dealing with “the fashion police” in her ESPY Awards speech. And we see inside her closet on I Am Cait, which is stocked with items from Tom Ford, Diane Von Furstenberg, and other designers (who, no doubt, are thrilled to get a mention here). She’s also surrounded by a posse that includes her assistant and stylist, Rhonda Kamihira. But that doesn’t mean she always gets it right: When her stepdaughter, Kim Kardashian West, pays a visit, she goes through Caitlyn’s closet and insists she trash an unflattering striped maxi dress.

2. The person whose reaction Jenner is most worried about is her mum.
A large portion of the episode revolves around Jenner’s first encounter with her mother and sisters since her transition. Caitlyn acknowledges that there may be tension (“It’s tough to tell your mother all these secrets,” she notes), and is clearly anxious, tapping her toes and pacing before her family’s arrival. But for the most part, the visit goes smoothly: Jenner and her sister Pam play tennis; the whole family chats over lunch; and while her mother, Esther, has the most trouble adjusting, and uses the wrong pronouns at times, by the end of the visit she’s become more accepting. “I loved [Bruce] with my whole heart, and I love her with my whole heart,” she says.

3. She’s known that she was Caitlyn for a few years now.
One thing Jenner discusses with her mother and siblings is the genesis of the name Caitlyn, revealing that she decided on it a few years ago after a conversation with her assistant Rhonda. There’s also a possibility that it has family significance; she tells her mother, “when I talked to trans people, they said a good way to get your female name is to ask your mother.” It’s not revealed if Jenner’s mother ever mentioned the name Caitlyn, but the implication is there.

4. The first time Kylie Jenner saw Caitlyn was after a dentist visit.
In the middle of lunch with Jenner’s mom and sisters, her youngest daughter, Kylie, calls her using FaceTime from a dentist’s chair, admitting that she’s a little “loopy.” Jenner is understandably worried; she hadn’t yet revealed her new look to her daughter. “I don’t want to scare you,” she says. Kylie’s response: “You’re not scaring me, you look pretty!”

5. Even as a little kid, Jenner didn’t want to wear boy’s clothing.
Jenner invites Susan P. Landon, the director of the Los Angeles Gender Center, to her family’s summit to chat with her mother and siblings. At one point in the conversation, Esther recounts that, as a child, Caitlyn didn’t enjoy wearing boy’s clothing (“You were really trying to pull those clothes off,” she notes), and asking if that was some kind of sign. Landon is a patient presence, there to help Esther — and, by extension, viewers — become more comfortable with Caitlyn’s identity.

6. Caitlyn is “more fun than Bruce ever was,” in her own words.
It’s clear that the aloof, somewhat awkward dad from Keeping Up With the Kardashians is no longer. Caitlyn is funny, and clearly comfortable with herself and where she is in her life. She even refers to Bruce jokingly in the past, at one point holding up a dorky striped shirt from her old wardrobe and exclaiming, “What the hell was Bruce thinking?” Later, she reveals, “I’m doing better now than I ever was before in my life” — and it shows. 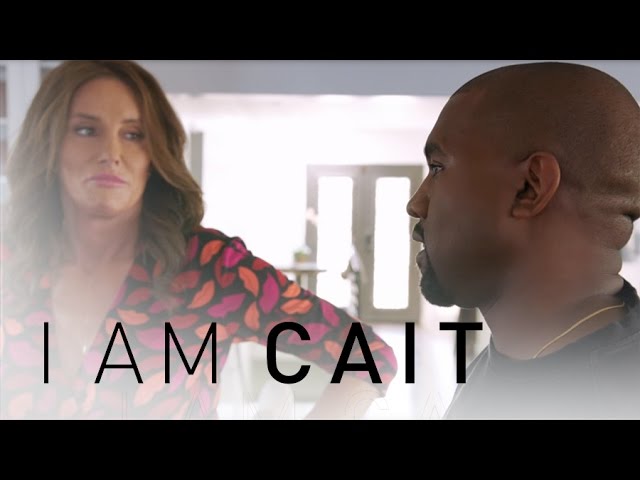 7. Kim and Kanye are among her most ardent supporters.
In her interview with Diane Sawyer in April, Jenner revealed that of all her kids and stepchildren, Kim has been the most supportive; that’s on full display in I Am Cait, when she shows up with Kanye West for a visit. It’s West who offers Jenner some of the most supportive words of the episode: “You couldn’t have been up against more…and it was still like, Fuck everybody, this is who I am,” he says in admiration.

8. A paparazzi photo of Jenner can go for as much as $250,000.
Leaving Jenner’s Malibu home is an act that must be carefully orchestrated, thanks to the constant presence of the paparazzi. She explains that photos of her are allegedly being sold for as much as $250,000; in an attempt to thwart the photographers, she switches among three different black SUVs for a trip to San Diego.

9. Jenner has considered suicide.
Throughout the episode, Jenner talks about wanting to help other transgender men and women, particularly teenagers who are considering suicide. “I’ve had some very dark moments in my life,” she says. “I’ve been in my house with a gun and said, let’s just end it right here.” Jenner later visits the family of Kyler Prescott, a 14-year-old from San Diego who committed suicide in May after being targeted by bullies. Prescott’s mother, Katharine, shares photos and stories of her son, along with the tragic fact that his new birth certificate (which reflected his correct name and gender) arrived mere days after his death. The episode closes with Jenner joining Prescott’s family and friends for a small memorial, where they release balloons in the teen’s memory.

10. I Am Cait won’t always be this sedate.
Even though this episode of I Am Cait was fairly subdued, a preview of forthcoming episodes suggests that there may yet be some dramatic moments. It includes snippets showing arguments with Kim (“You look amazing, it’s your time, but you don’t have to bash us on the way up”) and the rest of her family. (Jenner’s four eldest children chose not to appear in the series.) But on the whole, I Am Cait succeeds at what it set out to do: show the world that Caitlyn Jenner is living life on her own terms, and is happier than ever.