Will Fuller House be the thing that finally kills off the nostalgia craze once and for all? The reboot of the TGIF sitcom was announced, to a modest amount of fanfare, last summer, and Netflix just dropped the first season’s 13 episodes today. The original was always a bit of a cheesefest — full of groanworthy jokes, sappy life lessons, and goofy catchphrases — and though it’s been 21 years since the family-friendly sitcom went off the air, nothing has changed. There’s still a laugh track; there are still those  catchphrases (Have mercy!); and everyone still ends up happy at the end of each episode. So why bring the show back at all? That’s a question we’re still trying to figure out.

The premise is both morbid and facepalm-worthy: Eldest daughter DJ (Candace Cameron Bure) lost her husband, a firefighter, who died in the line of duty. A year later, she’s coping with raising three boys on her own, so middle sister Stephanie (Jodie Sweetin) and BFF Kimmy Gibbler (Andrea Barber) move in to help her out. So yes, it’s an exact reversal of the Full House‘s plot, with DJ in the Danny Tanner (Bob Saget) role. (The parallels don’t stop there, but we’ll get to that.)

While the series focuses on the Tanner daughters, Danny does appear, along with Joey Gladstone (Dave Coulier), Jesse Katsopolis (John Stamos) and his wife, Rebecca (Lori Loughlin )— at least for the first, extremely cringe-worthy episode. (The characters also appear sporadically in subsequent episodes.) So what else happens in the first few episodes? Read on for the good, the bad, and the totally WTF.

1. The opening credits are back — and lay the nostalgia on thick
Everything from San Francisco’s Painted Ladies to the theme song, “Everywhere You Look,” is back — though Canadian pop princess Carly Rae Jepsen recorded a new, slightly different version for the reboot. The credits also feature images of the cast back in the day compared to them now, and for the first episode, we get shot-for-shot recreations see Jesse playing guitar in a white jacket and Danny throwing around a football, just like in the good old days and/or in case you didn’t remember what happened in 1987. 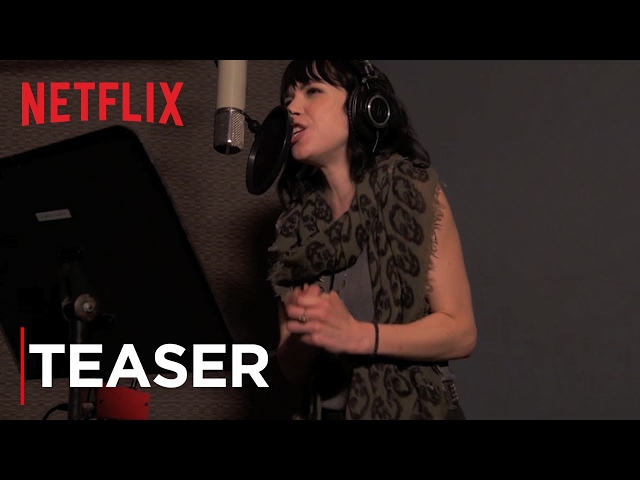 2. Stephanie is a world-famous DJ? Danny and Rebecca are still on TV?
The characters all have some convenient reason to leave San Francisco behind, but those reasons are all … well, sort of implausible. Rebecca and Danny have been offered their own national TV gig on a series called Wake Up USA!; Jesse is going to be the music supervisor for General Hospital; Stephanie is a world-famous DJ whose work takes her to Ibiza, Coachella, and beyond; and Joey has a regular gig at the Venetian casino in Las Vegas.

3. They break the fourth wall about Michelle not being there … for … way … too … long
Mary-Kate and Ashley Olsen, who together played youngest Tanner daughter Michelle in the original series, opted to skip the reboot. The twins haven’t acted in nearly a decade, and have spent the last few years running several clothing lines, including Elizabeth & James and the Row. Fuller House makes a nod to this in perhaps the most ridiculous way possible: Michelle’s absence is explained by the fact that she’s “running her fashion empire in New York” — and then everyone gives a knowing look to the camera for at least 30 seconds, which is way too long to be funny.

4. Kimmy Gibbler hasn’t changed since 1995
Weirdly, this somehow makes her one of the least annoying characters on the show. Kimmy was always a weirdo: She dressed too loudly, made dumb jokes, and one of the recurring bits about her character involves her feet smelling. Those things are all back for Fuller House, but it’s somehow … endearing? Plus, Kimmy apparently got her act together, as she now runs a successful event-planning business and married an attractive (if mediocre) guy, and has a teenage daughter who seems to genuinely love and respect her. You go, Gibbler.

5. Remember Steve? He’s somehow back, too
At the end of the original series, the relationship between DJ and her high school sweetheart, the ever-hungry Steve Hale (Scott Weigner), is unresolved; but at the start of the new show, we learn that he’s since been married and divorced. But her old flame apparently still carries a torch for DJ. “I should’ve just asked you to marry me at the prom,” he tells her during the first episode. Gee, do you think they’re going to end up together by the end of the series?

6. Danny doesn’t take advantage of San Francisco’s bonkers real estate market
The last time the Full House house (located in San Francisco’s Lower Pacific Heights neighbourhood) sold, it fetched close to $2 million, according to Zillow. If it sold today, it could net as much as $3.5 million. And Danny just up and gives it to DJ, without a second thought, out of the goodness of his sappy dad heart. Knowing Danny Tanner, this doesn’t seem so weird, but we gotta agree with Uncle Jesse: “Are you sure about that? Do you know how much this house is worth now?”

7. The catchphrases — “Cut! It! Out!”, “How rude!”, etc. — have returned.
Because it wouldn’t be a proper Velveeta reboot without them, many of the show’s more memorable phrases are back — and yes, “Cut! It! Out!” comes with the same hand gesture that Coulier has been using since Out of Control first aired on Nickelodeon in 1984. (Of course, Michelle’s “You got it, dude!” isn’t back, which is probably for the best.) Even goofier: They’re trying to make a new catchphrase, “Holy chalupas!” — frequently uttered by DJ’s son, Max — happen. Just…no.

8. Uncle Joey is still palling around with Mr. Woodchuck
Yep, Mr. Woodchuck has returned, too. In the first episode, Joey tries to use Mr. Woodchuck to get DJ’s youngest son, Tommy, to stop crying, but leads to a full-on meltdown. We know how you feel, kid.

9. Why are there so many shot-for-shot recreations here?
It’s not just limited to the opening credits. There’s a moment at the end where Tommy is crying, so the family soothes him by singing the Flintstones theme song — just like they did in one of the show’s earliest episodes, when Michelle wouldn’t stop crying. Just in case you didn’t remember, the earlier scene runs alongside the new one, to really hammer home that whole “the more things change, the more they stay the same” thing.

10. At the very least, the new show embraces its kitschiness
So, yes: Fuller House is extremely corny, and unless you were a superfan of the old series it’s likely not going to be worth your time. But we’ll give it this: the show at least seems to know that it exists merely for the purpose of scratching that nostalgia itch. To wit: There are jokes about how Kimmy is stuck in the Nineties (though wouldn’t that make her hip nowadays?); there’s a New Kids on the Block-themed dance sequence; and in a later episode, after DJ and Stephanie have hugged “four times in a minute,” the elder Tanner admits that she’s “turning into Dad”— which is basically the whole reason this reboot exists.